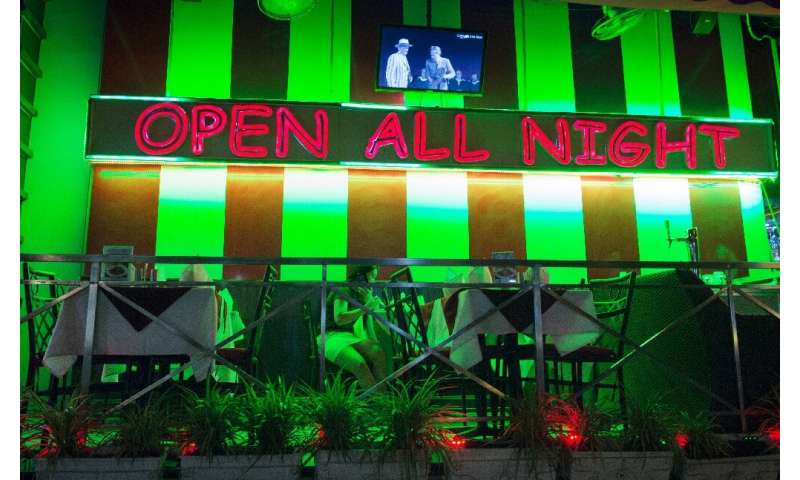 Thailand will shut venues that attract large crowds, like “entertainment places”, sports arenas and schools in a bid to halt the spread of the deadly new coronavirus, Prime Minister Prayut Chan-O-Cha announced Monday.

The measures could threaten bars, cock-fighting and boxing arenas, and clubs—dealing a potentially massive blow to Bangkok’s famed nightlife.

They come as Thailand announced 33 new cases of the new coronavirus—the largest single one-day jump—bringing the total number of infections in the country to 147, including one death.

The sharp increase in cases from less than 60 a week ago has incited bouts of panic buying at grocery stores—which the prime minister discouraged Monday in a televised address.

Instead, he advised against large gatherings in public places.

“The government needs to take strong measures to stop the spreading of the virus… closing at-risk areas like entertainment places, sports stadiums, schools,” the premier said.

He did not clarify what type of businesses would be required to close.

Earlier Monday deputy prime minister Wissanu Krea-ngam said the Buddhist New Year celebrations in April—known as Songkran—will no longer be a public holiday this year to discourage locals from travelling.

The raucous festival typically draws thousands annually to the streets where alcohol-fuelled Thais and foreigners battle it out with water buckets and super soakers.

All measures will need approval from Thailand’s cabinet on Tuesday, and could start as soon as Wednesday.