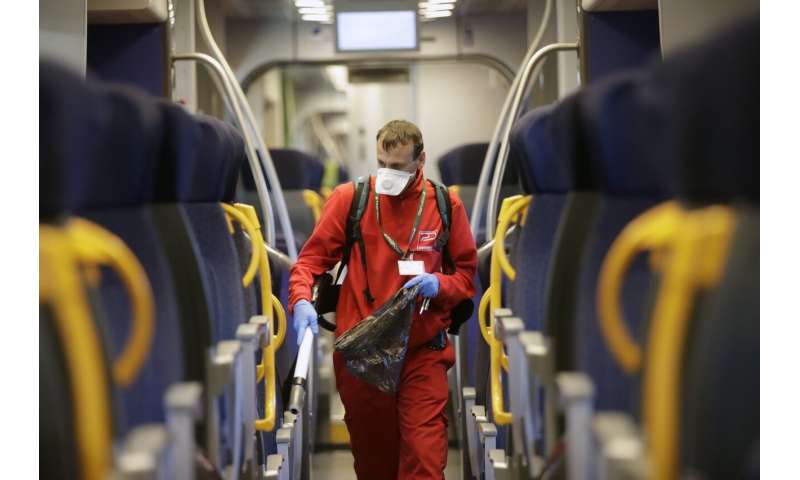 Italian health authorities asked residents in northern Italy to ride out shuttered schools, closed factories and other public health measures for a little longer Friday as the country’s count of coronavirus cases rose to 888, the most by far of any nation outside Asia.

Under quarantine orders the government imposed on 11 towns a week ago, only supermarkets and pharmacies have been allowed to open in the so-called “red zone.” But to the relief of Italians who use post offices for banking or to collect pension checks, local branches were cleared to re-open Monday, Italy’s civil protection chief said.

Government officials sought to allay the public’s fear and the hit Italy’s tourism industry has taken since clusters of virus infections appeared in the Lombardy and Veneto regions a week ago. The civil protection chief said that more than 400 people who tested positive are mildly ill or not sick at all while isolated at home.

“The aim is to return to normalcy,” Veneto Gov. Luca Zaia told Italian state TV, in an interview, noting that 79 of the 133 people in his region with the virus “have no symptoms and are in perfect health.”

Meanwhile, other countries made a different diagnosis. Since Thursday night, cases with links to Italy were reported in Denmark, Estonia, Lithuania, the Netherlands, United Arab Emirates, Greece, France and Nigeria – the first known case in sub-Saharan Africa. 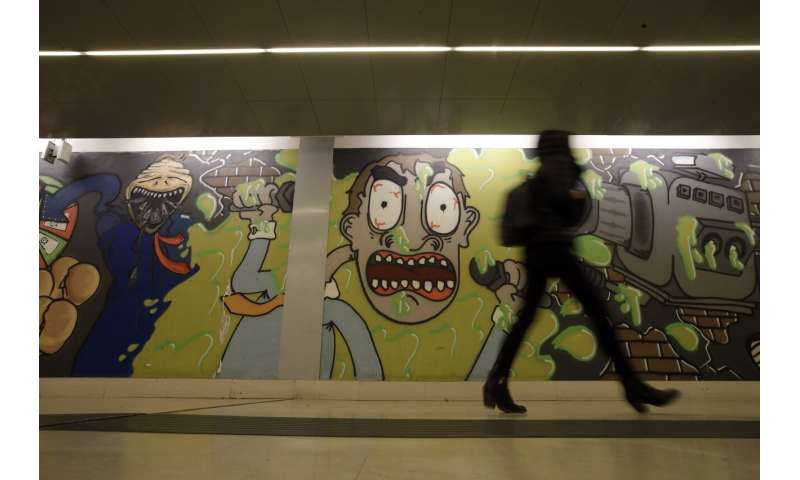 In all, 24 cases have been exported from Italy to 14 countries, World Health Organization Director-General Tedros Adhanom said. Later Friday, the list grew to 15 countries when Iceland said a one of its nationals who had traveled to Italy tested positive after returning home.

While Italy was looking to lift outbreak-related restrictions, other European countries suspended activities and events in an attempt to control the virus’ spread.

Italy’s neighbor, Switzerland, Friday banned all public events involving more than 1,000 people until March 15, including the annual Geneva International Motor Show. Montenegro suspended flights to and from Bologna and Milan.

An Italian Civil Protection statement listed 888 cases in 13 regions and one autonomous province by Friday night.

Among the new cases was a woman with mild symptoms from Fiumicino, a suburb of Rome on the outskirts of Leonardo da Vinci airport, health officials said. She is the Rome area’s first case, not counting two Chinese tourists who took ill while staying in a hotel a few weeks ago. 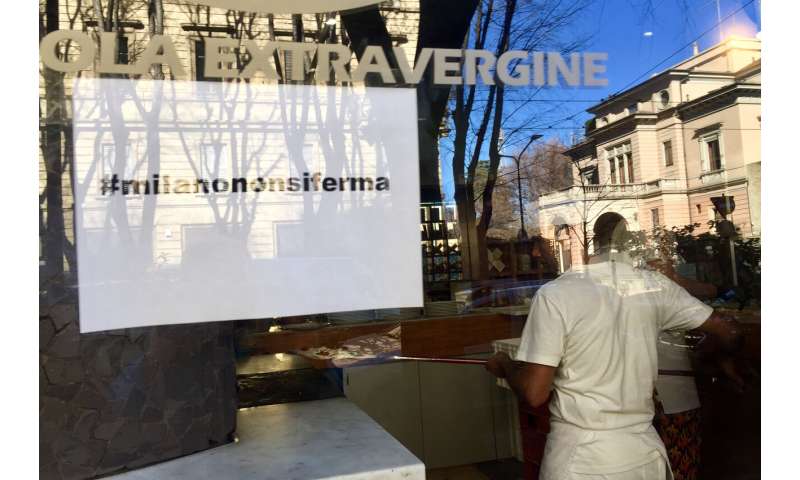 The woman, who was placed under quarantine along with her close contacts wastested positive on Friday, had recently been in Bergamo, a city in Lombardy, officials said.

The number of deaths of people with the virus increased to 21. All of the people who died were elderly, already seriously ill or both, and Civil Protection chief Angelo Borrelli noted that it hadn’t been yet determined if all those deaths were actually caused by the virus.

France saw case totals suddenly jump to 57, prompting authorities to test a raft of people, limit some public activities and try to determine the source of the latest infections. Most are concentrated in the Oise region north of Paris, where a teacher with the virus died this week.

Spain also saw an uptick, raising the national tally to 34 by Friday, with all but a handful linked to Italy’s outbreak. Germany has reported 53 cases. 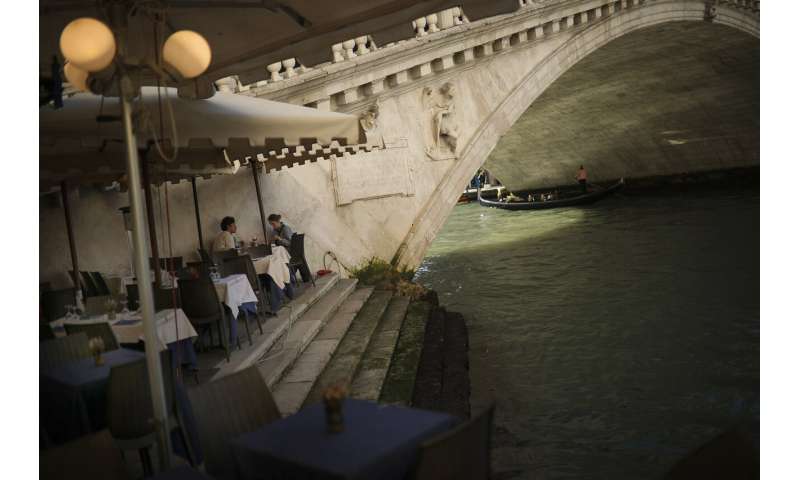 The public health authority in the southern Dutch province of Limburg, which borders Germany, advised local authorities to cancel public events at which Dutch and German residents mix “because of the exponential growth in the number of corona infections just over the border.”

Leading Italian medical authorities insisted that the transmission rate should be steeply slowed before schools in heavily involved regions like Lombardy could resume classes.

“It’s not an easy situation,” said Dr. Massimo Galli, a top official at Milan’s Sacco Hospital. “Let’s forget about thinking it can be easily resolved, even though it’s not popular to say that.”

Galli said health authorities are aiming to reduce the current rate of transmission of about 2.6 cases from each infected person to less than one.

The European Center for Disease Prevention and Control put the risk of case clusters like Italy’s cropping up in other countries at “moderate to high.” If that happens, the infected stricken areas can expect a significant impact, “especially if hospitals were affected and a large number of healthcare workers had to be isolated,” the health agency said. 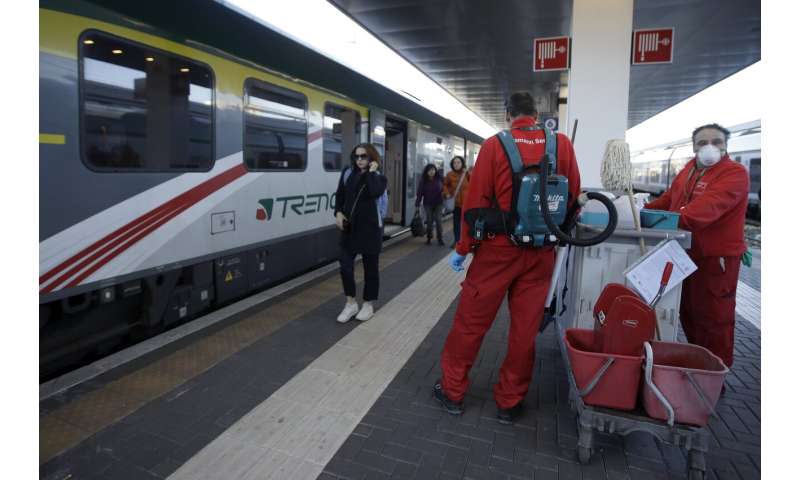 “The rigorous public health measures that were implemented immediately after identifying the Italian COVID-19 cases will reduce but not exclude the probability of further spread.,” it said.

But as Italians yearned for a return to their daily routines, schools, museums, shops and other public places appeared likely to stay closed for another week.

“We are asking people to make some sacrifice for a few more days,” based on scientific advice, Lombardy health official Giulio Gallera told reporters Friday evening.

More than inconvenience was at stake. Italy, with its long stagnant economy, risks a recession the longer the quarantines and other containment measures drag on factory production, tourism and other industries. Lombardy and Veneto are key industrial and agricultural areas, and include tourist popular cities such as Venice and Milan. 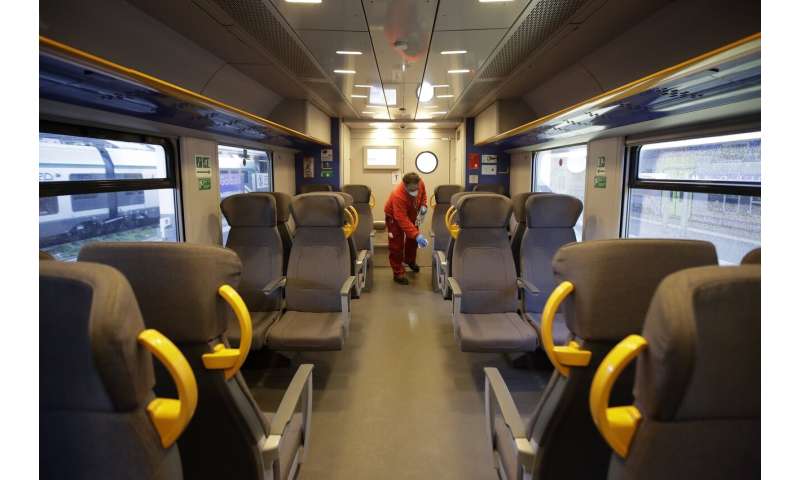 Researchers at Milan’s Sacco Hospital announced that they had isolated in four patients an Italian variation of COVID-19, with differences from the strain identified in Wuhan, China, where the epidemic began. They expressed hope the discovery could lead to more targeted treatment of patients.

Research suggests the virus might have been present for some time in Italy before cases started exploding in Lombardy. “The virus has been circulating under the radar for a few weeks,” Galli, the hospital’s director of biomedical and clinical services, told state TV.

Culture Minister Dario Franceschini said that among the most suffering economic sectors were hotels, which have been forced to return reservation deposits. 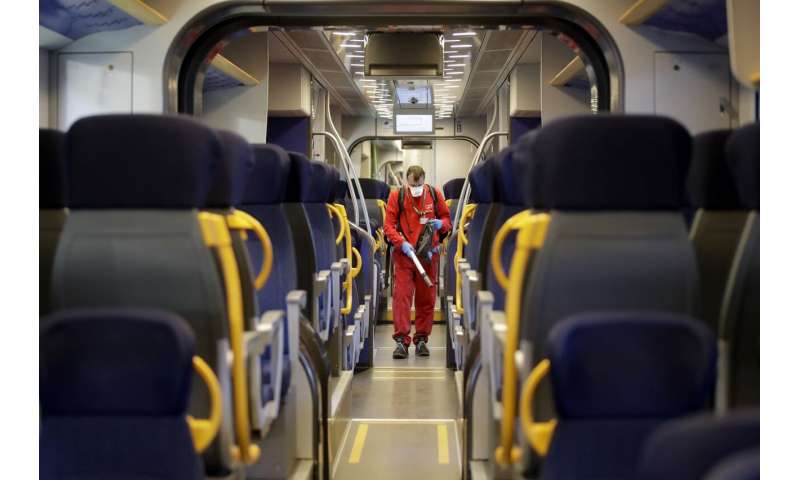 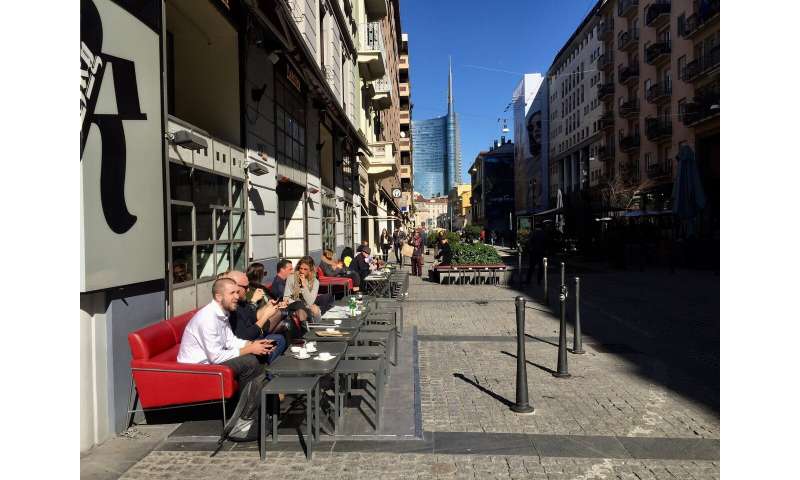 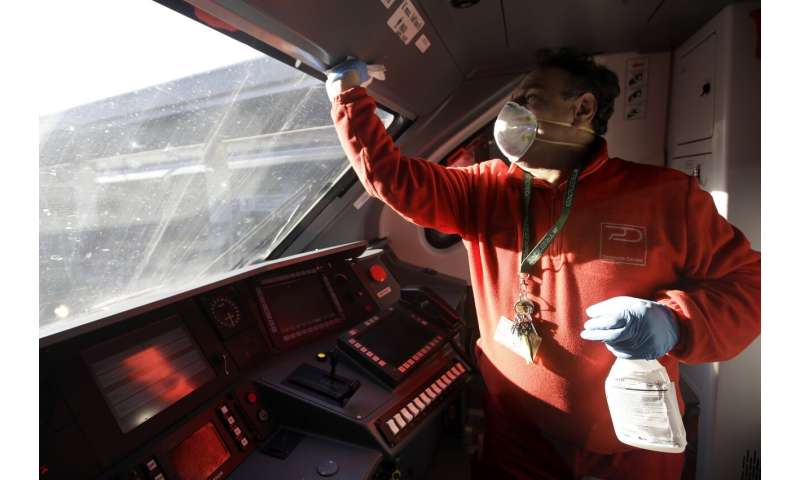 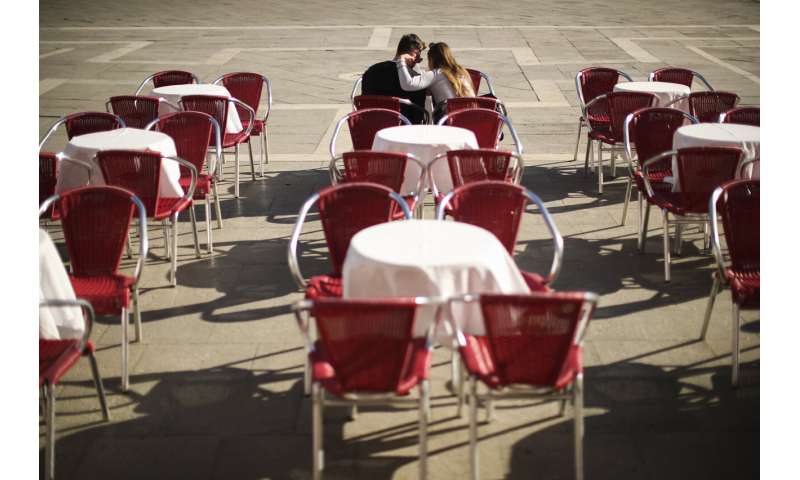 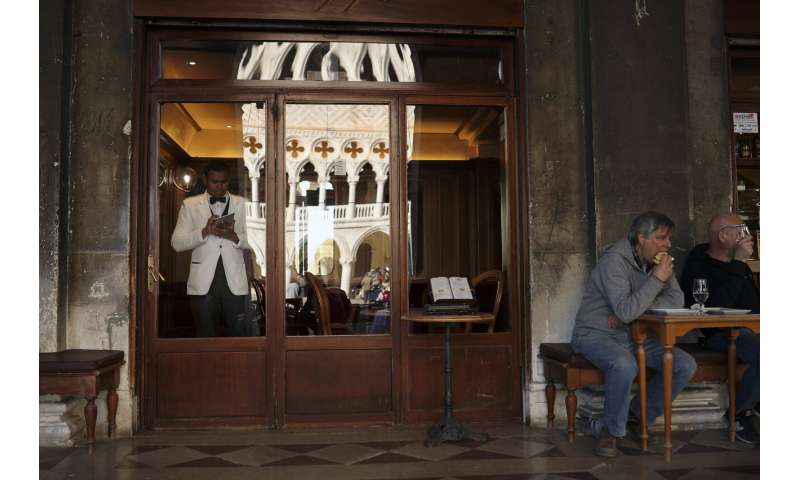 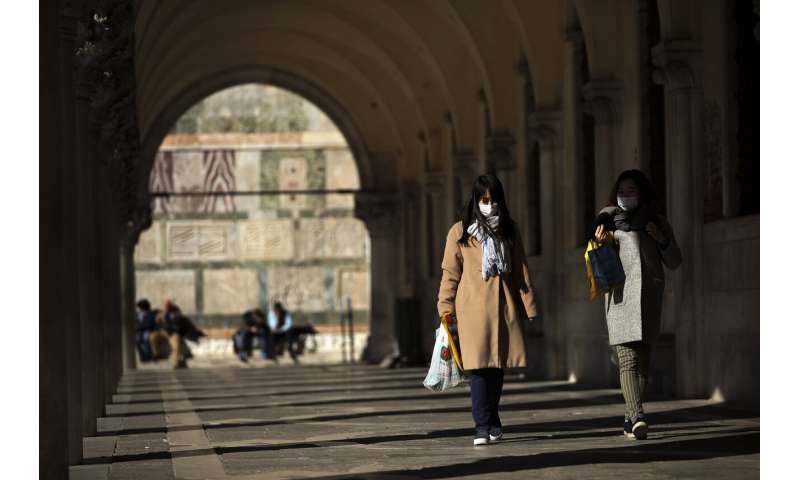 “They are experiencing a liquidity problem,” said Franceschini, adding that cancellations were running as high as 90% in some places, including many locations without infections.