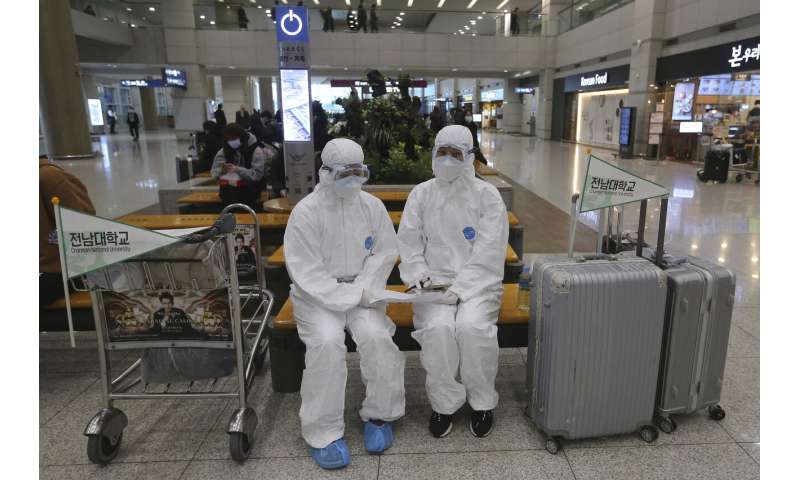 Clusters of the illness continued to balloon outside mainland China, fueling apprehension across the globe that was reflected in sagging financial markets.

The crisis pushed into areas seen as among the worst-equipped to deal with an outbreak as well as some of the world’s richest nations, including South Korea and Italy. As it proliferates, the virus is bringing a sense of urgency for local officials determined to contain it but often unsure how.

“It’s a matter of speed and time: We must create a clear turning point within this week,” said President Moon Jae-in of South Korea, where the caseload grew by 144, with a total of 977 people sickened.

Cases of people who could have infected many others spurred fears.

Korean Air said one of its crew members tested positive, but the airline didn’t disclose the flights the employee had worked on. On a U.S. military base in Daegu, the center of infections in South Korea, officials said a servicemember’s spouse had also been infected. And in the tiny Persian Gulf nation of Bahrain, one of those infected was a school bus driver who had transported students as recently as Sunday. 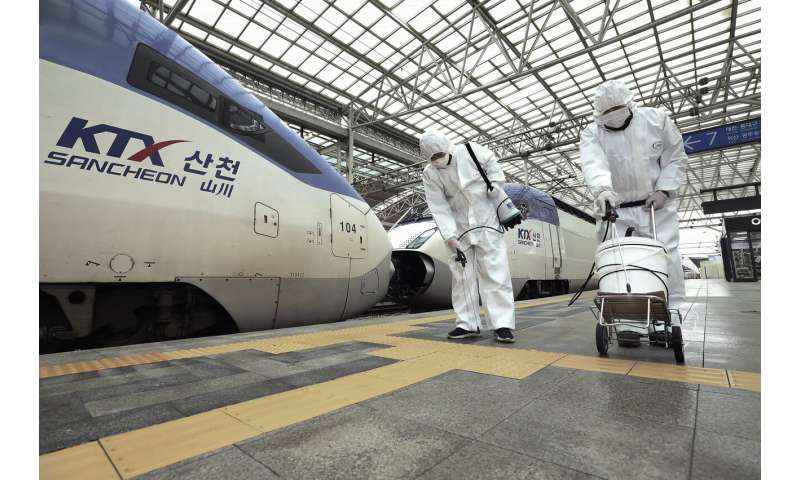 Also testing positive was the head of Iran’s virus task force, who just a day earlier gave a news conference in Tehran in which he tried to minimize the danger posed by the outbreak.

In Italy’s north, where more than 200 people were sickened, a dozen towns were sealed off and police wearing face masks patrolled.

Two neighbors of Italy—Croatia and Austria—reported their first cases of the virus. 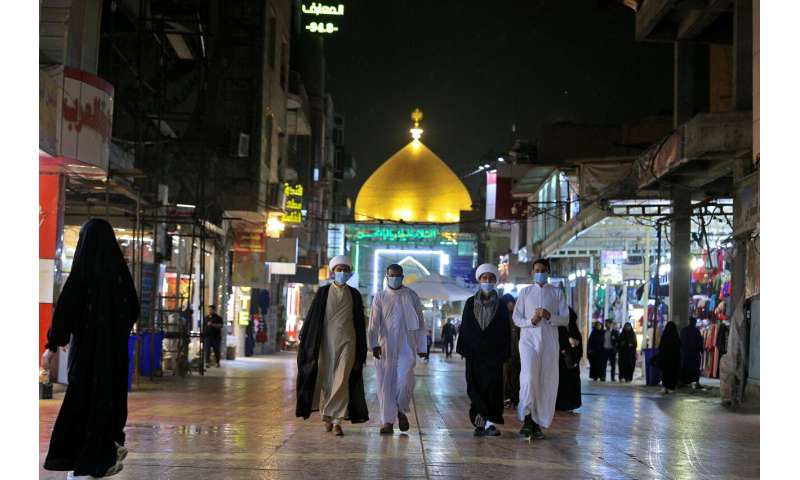 A culture of long days at the office in Japan came to terms with the outbreak, with the government urging employers to allow workers to telecommute and have more flexible hours, simple moves Japanese Prime Minister Shinzo Abe expressed hope could help control the spread.

“We are at an extremely important time in ending the spread of infection at an early stage,” Abe said at a meeting of a task force on the outbreak.

Even in places where no cases have sprouted up, leaders kept a wary eye, such as Denmark, where two former military barracks were being prepared as quarantine centers. Still, uncertainty remained about how to effectively limit the epidemic.

Italy had taken Europe’s most stringent preventative measures against COVID-19, the disease caused by the virus, and yet became home to the biggest outbreak outside Asia. Experts in Japan, with one of the world’s most sophisticated health systems, acknowledged the country’s handling of the virus-stricken Diamond Princess cruise ship was flawed and could have allowed the problem to magnify. 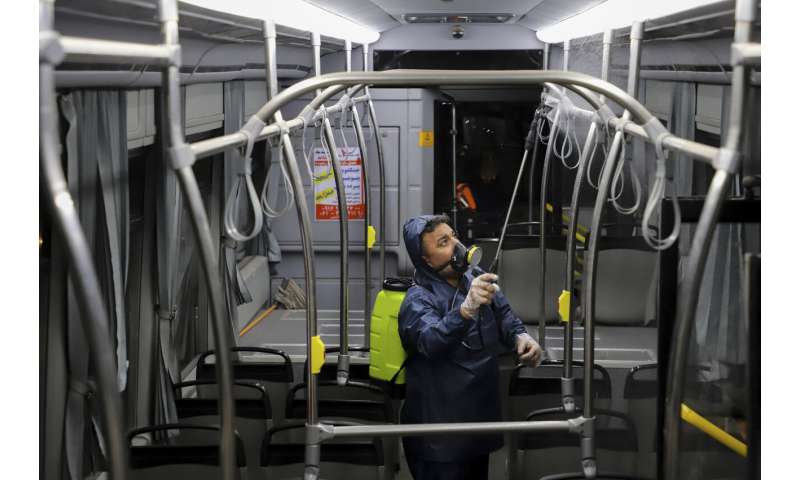 In comments reflecting both defiance and dubiousness over what measures work, French health minister Olivier Veran said the country would not shut its border or call off mass gatherings.

“We don’t close borders because we would not be able to, we don’t do it because it would be meaningless,” he said on French radio RTL. “Should we ban gatherings? Should we stop the Fashion Week? Should we suspend matches? Should we close universities? The answer is no.”

China reported 508 new cases and another 71 deaths, 68 of them in the central city of Wuhan, where the epidemic was first detected in December. The updates bring mainland China’s totals to 77,658 cases and 2,663 deaths.

But while China remained home to the vast majority of the world’s cases, the world’s attention increasingly moved to where the outbreak would spread next. Iran was eyed as a source for new transmissions in the Middle East, including in Iraq, Kuwait and Oman, which were grappling with the spread past their borders. 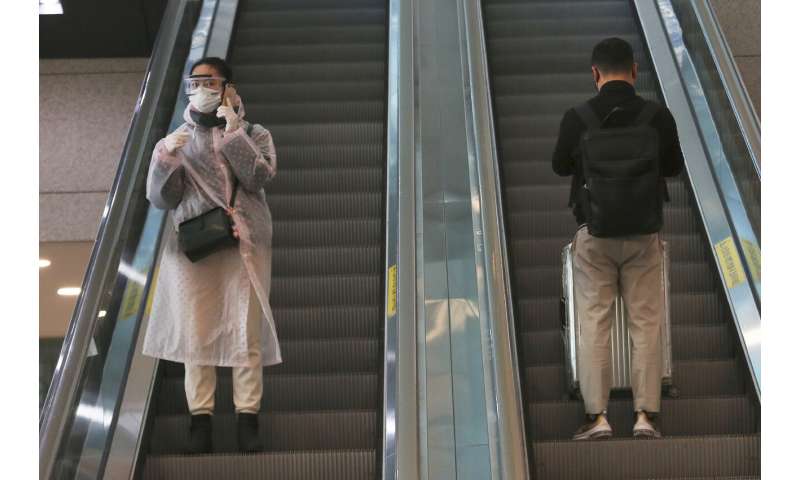 In South Korea’s southeastern city of Daegu and surrounding areas, panic over the virus has brought towns to an eerie standstill. The country reported its 11th fatality from COVID-19 amid signs, big and small, of the problem that has magnified nearly 15-fold in a week.

Health officials said they were working to finish testing hundreds of members of a church that has the country’s biggest cluster of infections. The church agreed to hand over a list of 200,000 members nationwide so screenings could widen.

“We are creating and refining our system as we go along,” said Dr. Kim Jin-hwan of Keimyung University Dongsan Medical Center in Daegu.

South Korea’s professional basketball league said it will ban spectators until the outbreak is under control, while Busan City said the world team table tennis championships it planned to host in March would be postponed until June. 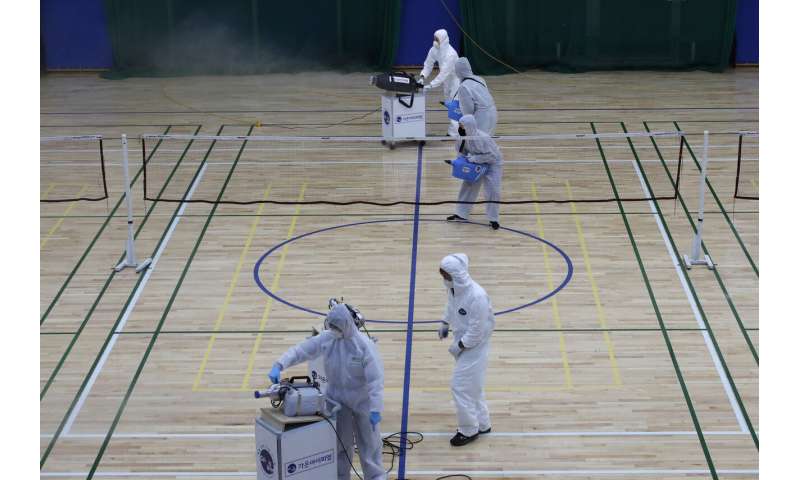 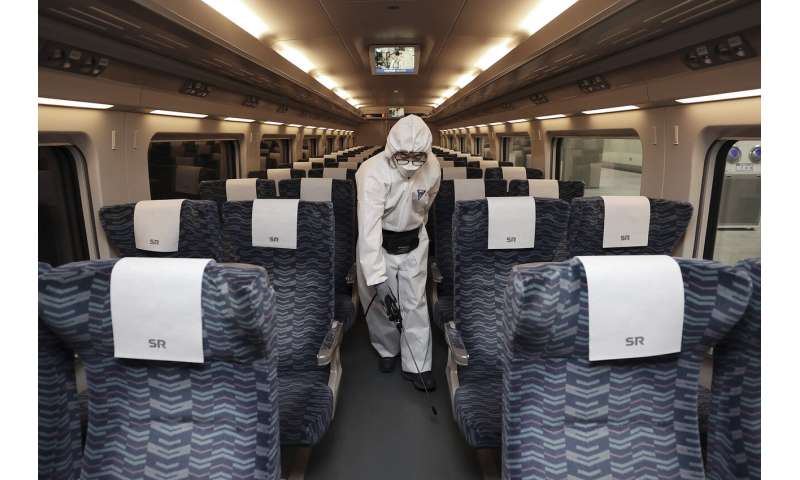 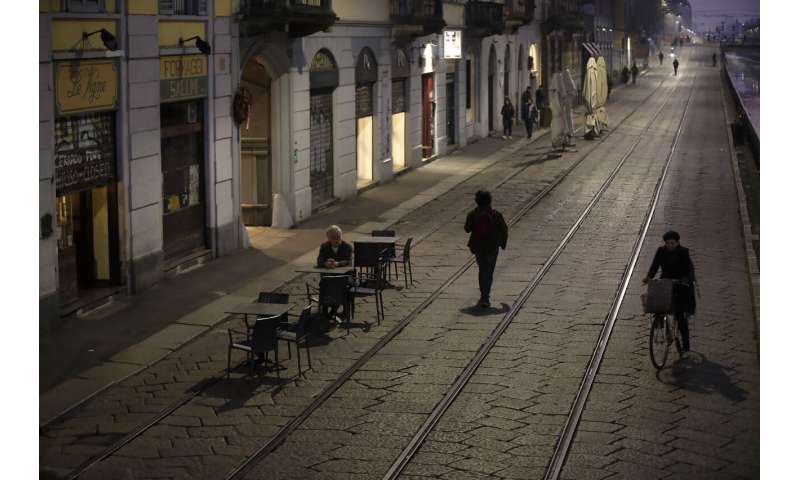 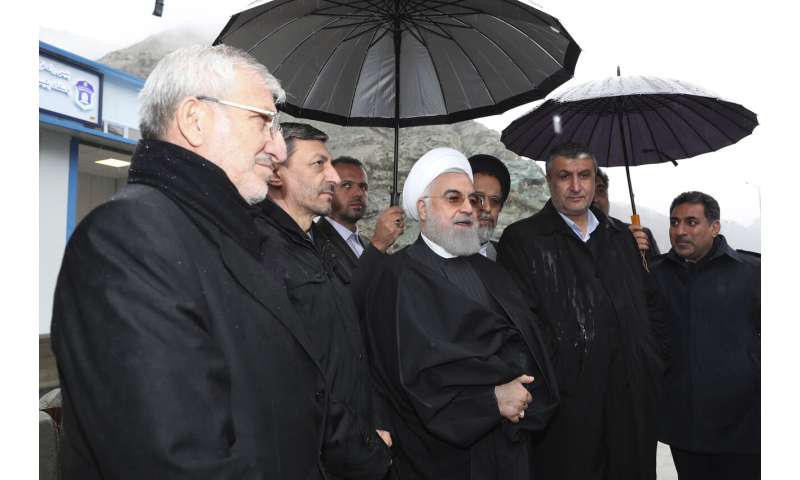 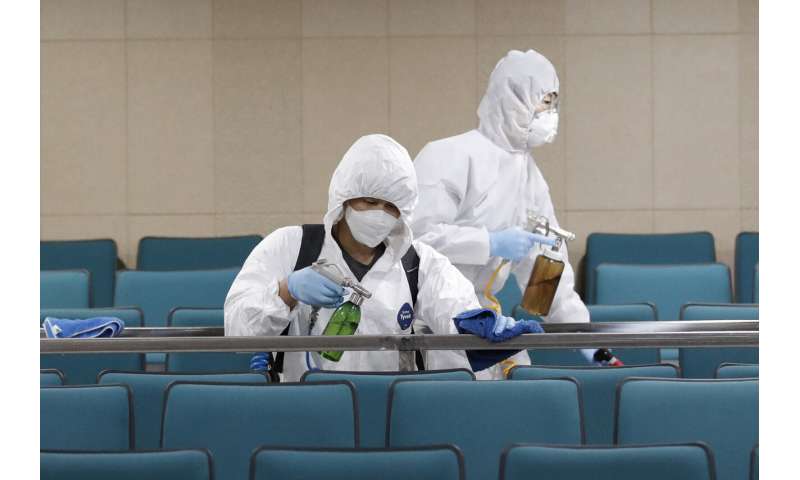 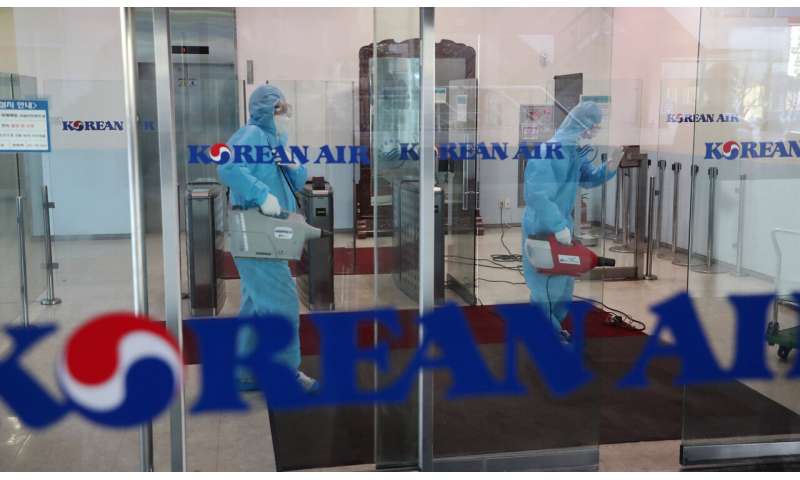 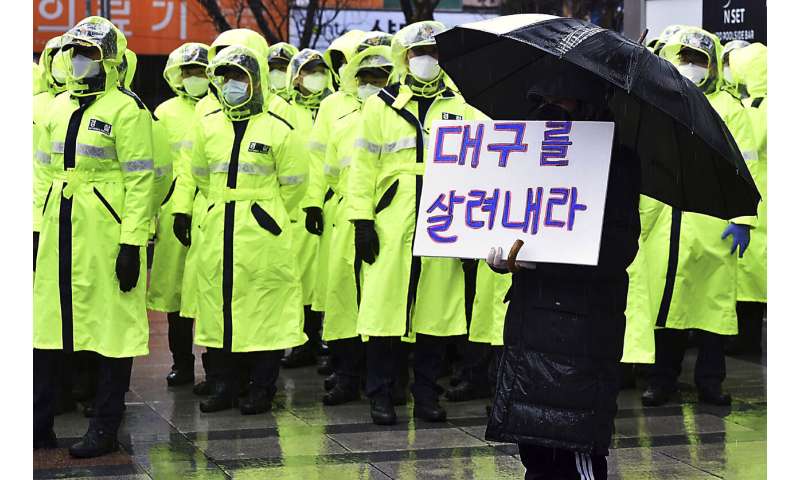 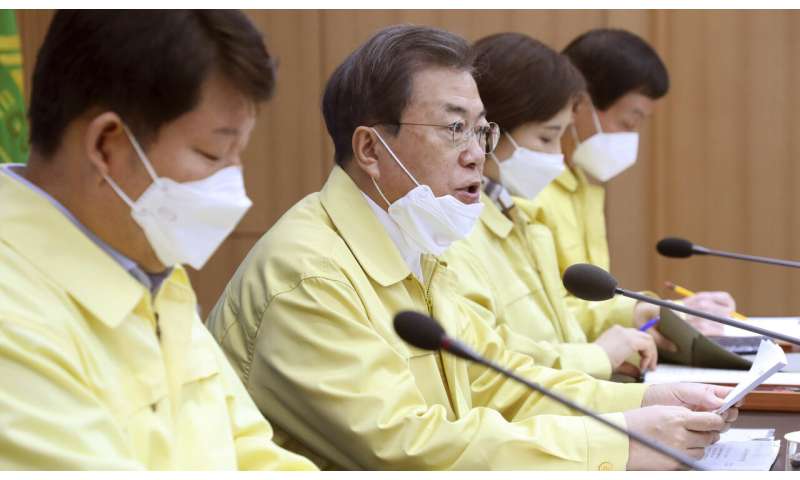 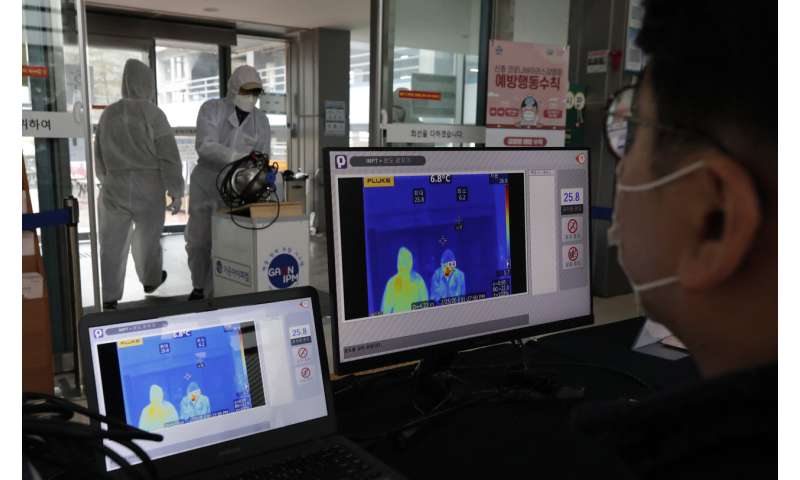 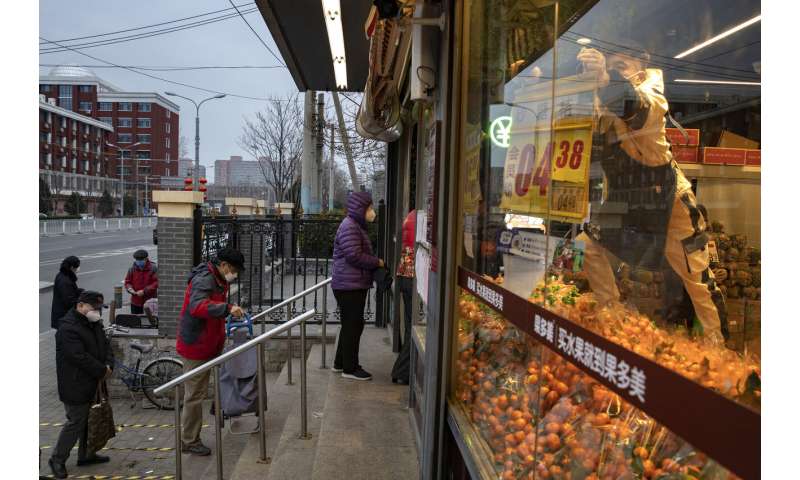 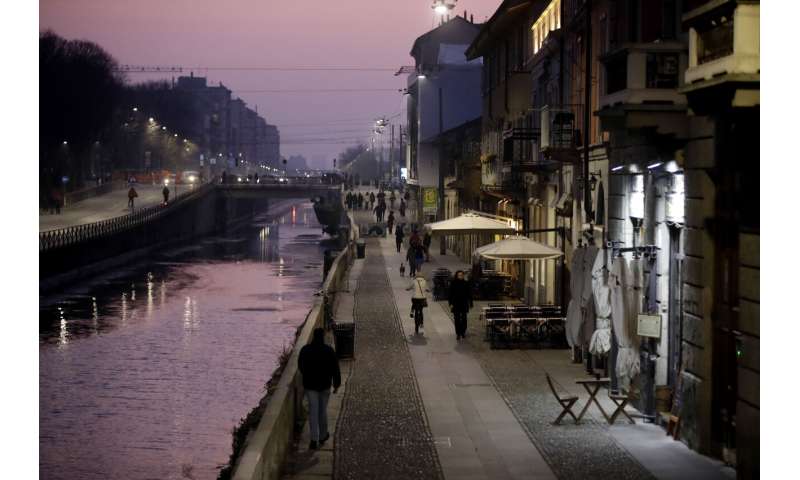 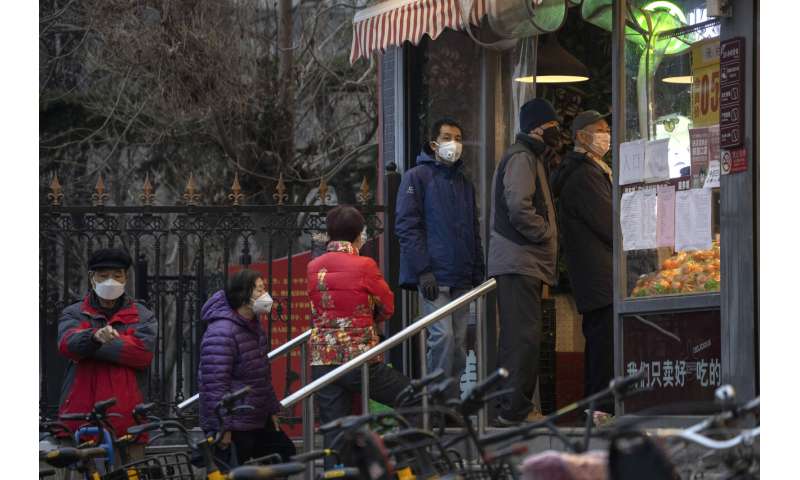 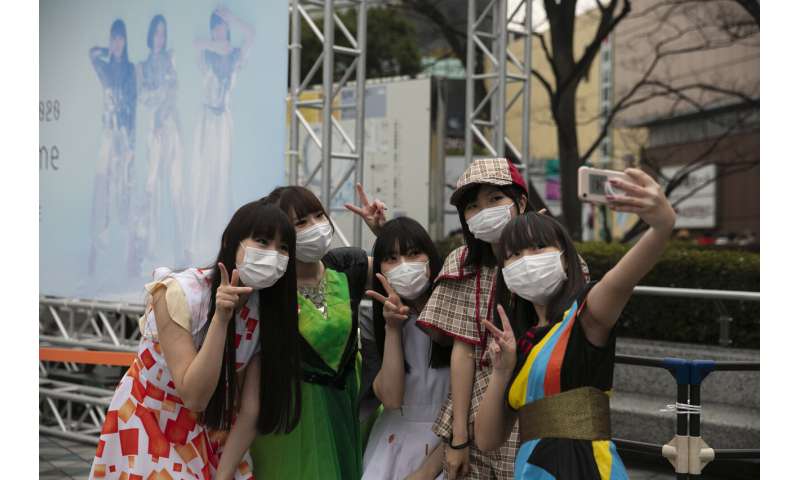