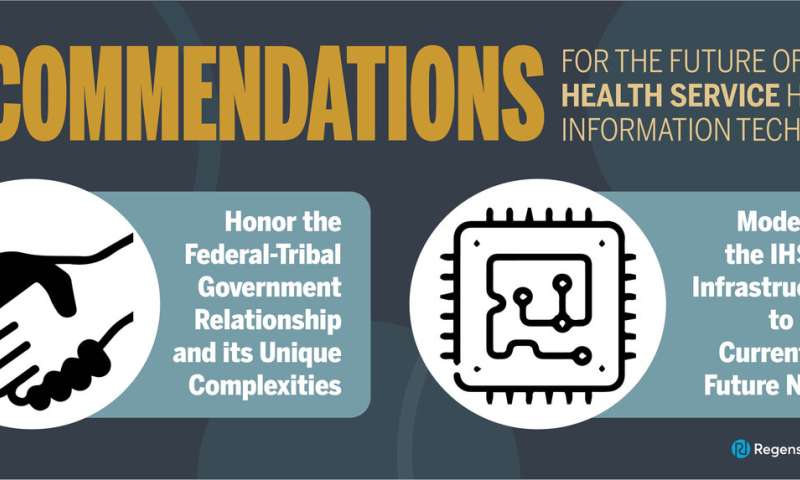 The Indian Health Service (IHS), a division within the U.S. Department of Health and Human Services, needs technology improvements to enhance healthcare for Native Americans and Alaska Natives, according to a Health Affairs blog post written by Regenstrief Institute and Indiana University School of Medicine researchers. The authors urge Congress to support the needs of indigenous tribes by allocating appropriate resources and supporting oversight of a health information technology (HIT) modernization program.

IHS provides health services to about 2.5 million Native Americans and Alaska Natives. This population suffers from large health disparities. On average, they live nearly 5.5 years less than other U.S. citizens and have a 60 percent higher death rate. They face many challenges, including geographic isolation and low income. These conditions combined with the fact that the needs of the 574 recognized tribes vary widely can make providing quality healthcare difficult.

“HIT is a crucial part of improving IHS’ ability to deliver quality care to this already marginalized community,” said Theresa Cullen, M.D., M.S., senior author of the blog and associate director of the Regenstrief Institute Global Health Informatics Program. “The current system needs extensive improvements, and the proposed federal funding is not sufficient to accomplish this task, which will put the health of Native Americans and Alaska Natives further at risk.” Dr. Cullen is also an IU School of Medicine faculty member.

HHS’ Office of the Chief Technology Officer contracted with Regenstrief Institute on the HHS/IHS HIT Modernization Project to evaluate the HIT system and the needs of its users. The current system, Resource and Patient Management System (RPMS), was developed in the mid-1980s. In the article, the authors write that consistent underfunding of HIT within IHS has hindered RPMS’ ability to keep pace with advances in HIT capabilities and user needs.

The researchers used human-centered design methods and engaged with more than 2,000 RPMS users to understand how care providers felt about the system. The findings revealed:

The research team also did a technical evaluation, which found the system will be completely unsupportable in 10 years. In addition, they discovered there was little to no interoperability between most IHS facilities, meaning patients’ health records are not available to providers at different locations. Many members of the tribal population often move from one place to another, so the ability to access personal medical histories is crucial.

Recommendations for improvement of IHS HIT

In the Health Affairs blog, the authors write that to address health disparities in the Native American and Alaska Native population, IHS must modernize its HIT infrastructure and solutions, as well as design and implement creative methods to secure appropriate staffing and provide increased support for remote employees. They believe decisions about appropriate HIT solutions should involve input from the communities being served. In addition, they urge the IHS to engage with other government partners, such as the Department of Veterans Affairs or the Department of Defense, which are currently undergoing their own HIT modernization efforts. The authors state lessons learned by these organizations can result in immediate benefit to IHS and its patients.

The VA and the Department of Defense have received substantial increases in funding to improve their technology systems, but up to this point, IHS has not received similar funding. The authors write, “This presents an opportunity for Congress to solidify their voiced support for tribes while creating an opportunity to innovate around HIT solutions for rural and resource-constrained communities.” According to estimates from the National Tribal Budget Formulation Workgroup, $3 billion over a 10-year period is needed to successfully complete the modernization. The amount is consistent with VA funding.