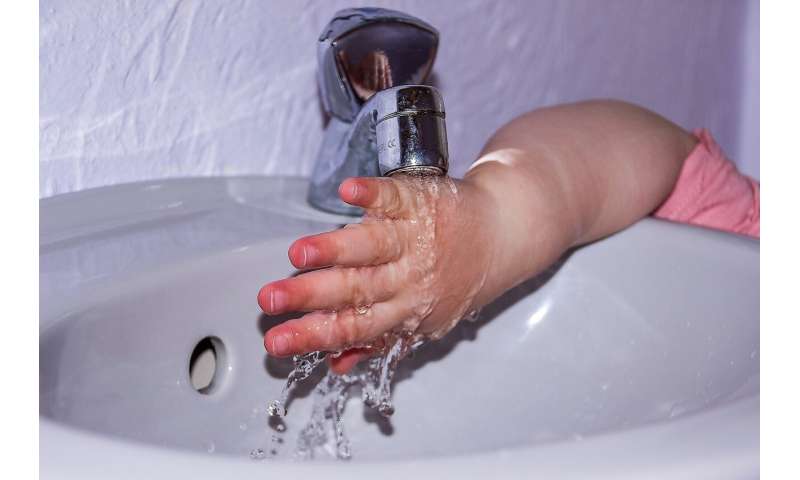 A musical mnemonic based on a popular nursery rhyme can help young children to learn and remember the proper hand hygiene technique and prevent the spread of common infections, suggests an article published in the Christmas issue of The BMJ.

Using a song, where the instructions are stated before each step, may help children to learn the proper hand washing technique, by making it more fun and easier to remember.

Regular hand hygiene education at school is recommended as an effective method to prevent stomach bugs, coughs and colds, which are common in children.

The World Health Organization (WHO) recommends the use of a six step technique to help eliminate microorganisms, such as bacteria and viruses, but learning and memorising the proper steps can be difficult.

Previous studies have explored the effect of school based hand hygiene on infections and school attendance, but less is known about how hand hygiene techniques are taught to children.

To explore this gap, a team of researchers led by Dr. Nisha Thampi from CHEO, a paediatric health and research centre in Ottawa, reviewed a sample of 15 online videos aimed at children to see if a musical mnemonic had been used to demonstrate proper handwashing.

None of the videos showed the six step technique using a song, and those that did show certain steps were longer than the recommended duration (20-30 seconds).

So they decided to develop a musical mnemonic aimed at school children which highlighted the six recommended steps, using the melody of “Brother John” (also known as “Frère Jacques”) to help them remember the words.

The lyrics were developed in collaboration with pre-school and primary school children to make sure that the intended audience could easily understand them.

To see whether the song lyric instructions could be an effective method for reducing the amount of bacteria on the hands, fluorescent marking was applied before handwashing with soapy water. The hands were then checked afterwards for residual fluorescence.

There was a reduction in the amount of fluorescent marking on the childrens’ hands following the musical handwashing, suggesting that this could be an effective way of decreasing the amount of bacteria.

This is an observational study, and as such, can’t establish cause. But the authors say that the musical mnemonic can teach the WHO hand hygiene technique effectively, potentially reducing the spread of infection. And there is room for it to be adopted in the healthcare setting, but further testing would be needed.