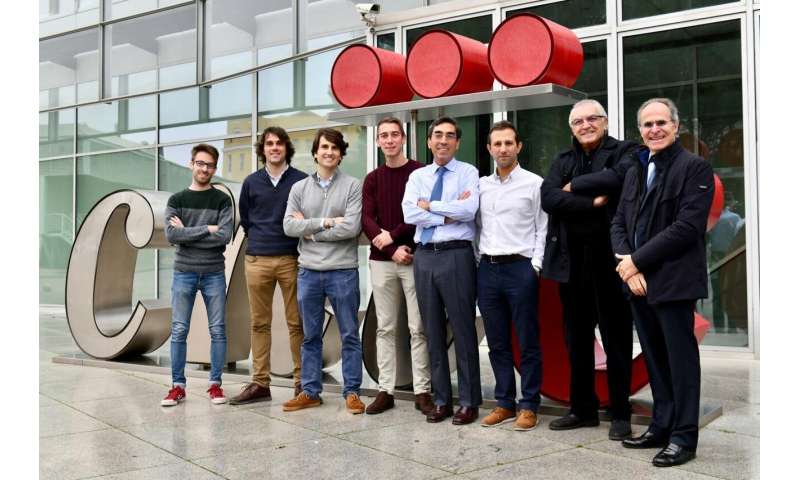 Patients with atrial fibrillation, the most frequent cardiac arrhythmia, are closer to accessing personalized medicine. This is the claim of a new study led by Dr. David Filgueiras, of the Centro Nacional de Investigaciones Cardiovasculares (CNIC), the Hospital Clínico San Carlos de Madrid, and the Centro de Investigación en Red de Enfermedades Cardiovasculares (CIBERCV). The study, results show that it is possible to monitor and predict individual progression of atrial fibrillation from cardiac electrical signals obtained from implantable devices (pacemakers or defibrillators). This project has been supported by the Fundación Interhospitalaria para la Investigación Cardiovascular (Fundación FIC).

The study, published in the latest edition of Europace, involved the participation of 51 Spanish hospitals and the Fundación Interhospitalaria para la Investigación Cardiovascular. The results show that cardiac electrical signals from patients fitted with pacemakers or implantable cardioverter-defibrillators can be used to monitor and predict the progression of the arrhythmia in a personalized and specific manner.

This is achieved with standard data transmission technology installed in implantable devices such as pacemakers. This technology can be used to monitor cardiac electrical activity during episodes of atrial fibrillation, thus establishing disease status and the rate of progression.

Atrial fibrillation is the most frequent chronic sustained arrhythmia, affecting more than 30 million people worldwide and an estimated 600,000 or more people in Spain. One in every three people will develop the condition in their lifetime. The risk is higher in people with certain diseases, such as diabetes or hypertension. Risk is also increased by lifestyle habits such as excessive consumption of alcohol or other substances.

Atrial fibrillation, explained Dr. Filgueiras, tends to begin with episodes of short duration that resolve themselves. As the condition progresses, episodes become more prolonged until they become persistent. At this stage, episodes no longer terminate spontaneously, and the heart struggles to recover a healthy, stable rhythm, even after medication or surgery.

In recent years, several risk scales have been developed to estimate individual risk of developing atrial fibrillation over a 10-year period. However, according to Dr. Filgueiras, “once atrial fibrillation develops, its progression varies significantly between patients; in some, a pattern of repeated short episodes is maintained for years, whereas in others it progresses rapidly to longer episodes associated with atrial dilatation and major difficulties in controlling heart rhythm.”

There is thus a need for methods to individually monitor and predict the progression of atrial fibrillation. This would allow, after the initiation of atrial fibrillation episodes, “optimal timing of the most appropriate medical treatment, avoiding delays until the arrhythmia has progressed to a state that is harder to control,” explained CNIC researcher Dr. José Jalife, an author on the study.

According to Dr. Filgueiras, “this technology opens up enormous possibilities in personalized medicine for atrial fibrillation patients because it allows us to determine the progression rate of the arrhythmia in each individual and to optimize the timing of medical intervention with current treatment options.”

In addition, Dr. Julián Villacastín, director of the Instituto Cardiovascular del Hospital Clínico San Carlos and an author on the study, this new approach to atrial fibrillation diagnosis “will allow us to monitor the influence of different interventions on disease progression.”