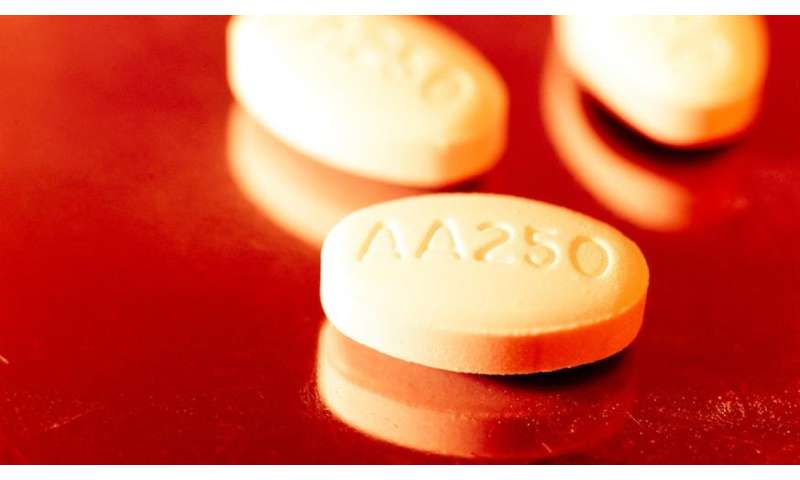 Cancer was in the past, and among many people still is, something of a taboo.

There was a time when the word itself would be said in hushed tones, if uttered at all. The reason? A cancer diagnosis was seen as a death sentence.

While many people still find cancer an uncomfortable subject to discuss, our treatment of the disease has come a very long way—with the average length of survival doubling within a decade. More than half of cancer patients now survive ten years or more.

Since I started my research in this field more than 40 years ago, I’ve seen a real paradigm shift in the way cancer is treated, with the arrival of new targeted drugs, immunotherapies and combination treatments. Even patients with advanced cancer are living longer and with a better quality of life.

However, a survey we commissioned at The Institute of Cancer Research, London, into public attitudes about cancer shows very clearly that many people still remain pessimistic about the prospect of defeating the disease. Only 28 percent of people think cancers can be controlled long term, and just a quarter believe we are making major advances, according to the YouGov poll.

It’s true that many types of cancer still have very poor outcomes, and that even in cancers that initially respond very well to treatment the disease can return months or years later.

But I firmly believe that the pessimistic view of how we’re doing against cancer is shaped in large part by how we have collectively defined success. The focus has been on finding ‘a cure for cancer’ – often still seen as a single magic bullet capable of striking down the many different types of the disease.

I was reminded of this just the other day during a conversation with a taxi driver. Knowing I worked in cancer research, he asked me, ‘Will there ever be a cure for cancer?’ I’ve been asked similar variants of that question many times, sometimes in a slightly sceptical tone. I always try to get across the great successes we are already having against cancer, and to challenge the idea that our efforts to cure the disease are a simple binary—that either we can cure cancer or we can’t. And also that there will be a single cure for all forms of cancer.

Curing cancer—in all its 200 or more main forms and its myriad molecular subtypes—will always be the holy grail for researchers and patients. But if we only measure success by how many people we cure, we risk overlooking the huge progress that has been made in achieving long-term control and a good quality of life for people with advanced disease. The reality for many cancer patients is that cures are not yet possible, but we are doing much better at offering new personalised treatments that can greatly extend survival with good quality of life.

Despite our progress, there remains a big challenge: cancer drug resistance. Though treatment may kill the majority of cells in a tumour, cancer cells can adapt, evolve resistance and start growing again—what I refer to as the ‘survival of the nastiest’. This is what kills most cancer patients.

For me, like so many of us, cancer has a personal meaning. I lost both my parents to the disease—my father to bowel cancer while I was a young Ph.D. student, and my mother as a result of a rare bone cancer. But despite the painful reminder of loved ones taken too soon, for me the word ‘cancer’ also represents something brighter—a message of hope through the advances being made by cancer researchers and those involved in clinical care.

At the ICR, our scientists are changing the way we think about cancer—aiming to understand it as a complex system driven by evolutionary forces on cancer cells. By combining advanced DNA sequencing and image analysis with evolutionary theory, mathematical modelling and artificial intelligence, we are beginning to understand and predict how cancers mutate and adapt to resist treatment—and ultimately how to use cancer’s survival instinct against itself.

Our work is now moving a step further with the world’s first ‘Darwinian’ drug discovery programme, specifically aimed to tackle cancer evolution. It will be housed in a new cutting-edge research facility, the Centre for Cancer Drug Discovery, which we are constructing on our Sutton site. The building is nearing completion, but we still need to raise a final £14 million to finish it and equip it with the state-of-the-art facilities needed for our scientists’ ambitious research.

I firmly believe that this highly innovative approach gives us the best chance yet of outsmarting cancer. Our vision is to make even advanced cancer a manageable disease in the long term, and one that is more often curable.

I think it is important to share this message and bring the public on a journey with us, so that together we can move beyond the old, binary ‘cure or nothing’, single magic bullet type of thinking. While I share the goal of patients in wanting cancer to be completely cured, there are many patients with advanced disease for whom that is still not a realistic option. If we can instead find new ways to outsmart and manage incurable cancer, we can give these people longer and better lives.