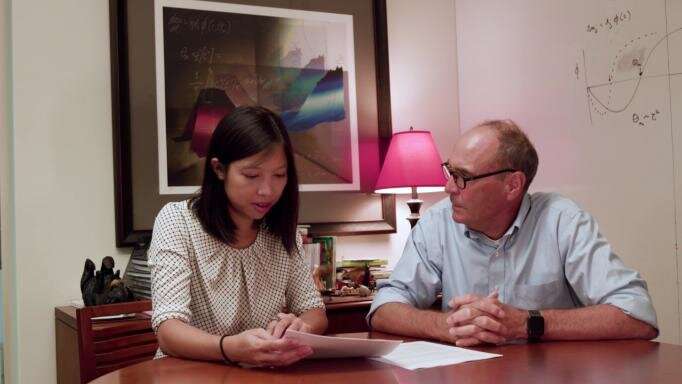 In decades of studying how neural circuits in the brain’s visual cortex adapt to experience, MIT Professor Mark Bear’s lab has followed the science wherever it has led, yielding the discovery of cellular mechanisms serving visual recognition memory, in which the brain learns what sights are familiar so it can focus on what’s new, and of a potential therapy for amblyopia, a disorder where children born with disrupted vision in one eye can lose visual acuity there permanently without intervention. But this time his lab’s latest investigation has yielded surprising new layers of mystery.

Heading into the experiments described in a new paper in Cerebral Cortex, Bear and his team expected to confirm that key proteins called NMDA receptors act specifically in neurons in layer 4 of the visual cortex to make the circuit connection changes, or “plasticity,” necessary for both visual recognition memory and amblyopia. Instead, the study has produced unexpectedly divergent results.

“There are two stories here,” said Bear, co-senior author and Picower Professor of Neuroscience in The Picower Institute for Learning and Memory. “One is that we have further pinpointed where to look for the root causes of amblyopia. The other is that we have now completely blown up what we thought was happening in stimulus-selective response potentiation, or SRP, the synaptic change believed to give rise to visual recognition memory.”

The cortex is built like a stack of pancakes, with distinct layers of cells serving different functions. Layer 4 is considered to be the primary “input layer” that receives relatively unprocessed information that arises from each eye. Plasticity that is restricted to one eye has been assumed to occur at this early stage of cortical processing, before the information from the two eyes becomes mixed. However, while the evidence demonstrates that NMDA receptors in layer 4 neurons are indeed necessary for the degradation of vision in a deprived eye, they apparently play no role in how neural connections, or synapses, serving the uncompromised eye strengthen to compensate, and similarly don’t matter for the development of SRP. That’s even though NMDA receptors in visual cortex neurons have directly been shown to matter in these phenomena before, and layer 4 neurons are known to participate in these circuits via telltale changes in electrical activity.

“These findings reveal two key things,” said Samuel Cooke, co-senior author and a former member of the Bear Lab who now has his own at King’s College London. “First, that the neocortical circuits modified to enhance cortical responses to sensory inputs during deprivation or to stimuli that have become familiar reside elsewhere in neocortex, revealing a complexity that we had not previously appreciated. Second, the results show that effects can be clearly manifest in a region of the brain that are actually echoes of plasticity occurring elsewhere, thereby illustrating the importance of not only observing biological phenomena but also understanding their origins by locally disrupting known underlying mechanisms.” 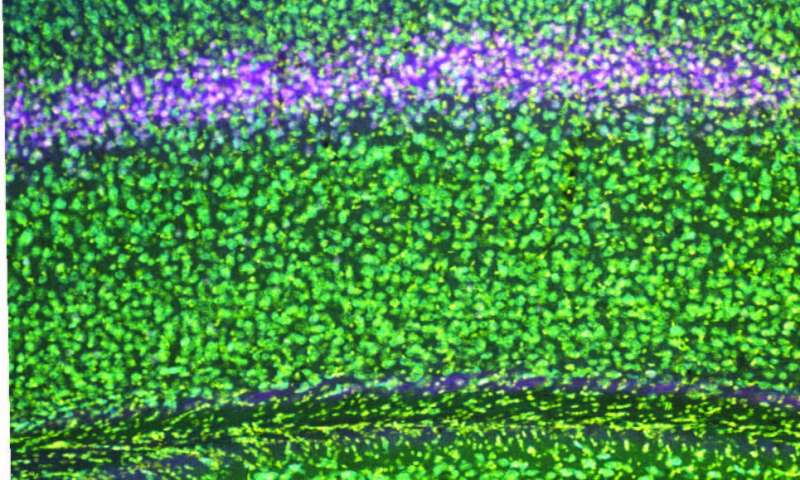 To perform the study, Bear Lab postdoc and lead author Ming-fai Fong and used a genetic technique to specifically knock out NMDA receptors in excitatory neurons in layer 4 of the visual cortex of mice. Armed with that tool, she could then investigate the consequences for visual recognition memory and “monocular deprivation,” a lab model for amblyopia in which one eye is temporarily closed early in life. The hypothesis was that knocking out the NMDA receptor in these cells in layer 4 would prevent SRP from taking hold amid repeated presentations of the same stimulus, and would prevent the degradation of vision in a deprived eye as well as the commensurate strengthening of the unaffected eye.

“We were gratified to note that the amblyopia-like effect of losing cortical vision as a result of closing an eye for several days in early life was completely prevented,” Cooke said. “However, we were stunned to find that the two enhancing forms of plasticity remained completely intact.”

Fong said that with continued work, the lab hopes to pinpoint where in the circuit NMDA receptors are triggering SRP and the compensatory increase in strength in a non-deprived eye after monocular deprivation. Doing so, she said, could have clinical implications.

“Our study identified a crucial component in the visual cortical circuit that mediates the plasticity underlying amblyopia,” she said. “This study also highlights the ongoing need to identify the distinct components in the visual cortical circuit that mediate visual enhancement, which could be important both in developing treatments for visual disability as well as developing biomarkers for neurodevelopmental disorders. These efforts are ongoing in the lab.”

The search now moves to other layers, Bear said, including layer 6, which also receives unprocessed input from each eye.