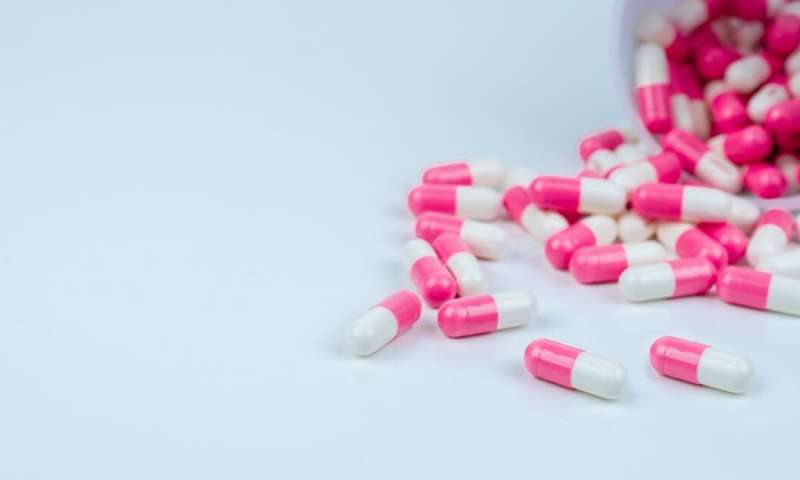 Millions of people worldwide are prescribed antipsychotics every year. While these drugs are effective in treating the symptoms of schizophrenia, they can also have significant side-effects, causing weight gain, diabetes and raised cholesterol. These are all risk factors for cardiovascular disease—the biggest killer of people with schizophrenia.

However, our latest study found that not all antipsychotics cause the same degree of side-effects related to diabetes and cardiovascular disease. Indeed, some antipsychotics may improve sugar and cholesterol levels.

We pooled data from 100 randomized controlled trials (the gold standard for medical research) that examined antipsychotics in the short-term treatment of schizophrenia (six weeks, on average). We analyzed the level of metabolic side-effects and their relationship to changes in the symptoms of schizophrenia. The side-effects that were studied were increases in weight and body mass index and increases in levels of glucose, cholesterol and other fats in the blood. The research compared 18 antipsychotics and the 100 trials included over 25,000 people.

We showed that different antipsychotics had marked differences in how they affected body weight and levels of sugar, cholesterol and other fats in the blood. Two antipsychotics in particular (clozapine and olanzapine) had a strong association with increases in body weight, glucose and cholesterol levels.

Those drugs with the worst side-effects produced, in only a few weeks, metabolic changes associated with an increased risk of cardiovascular disease of up to 76%. By contrast, some antipsychotics, such as lurasidone and cariprazine, were associated with improvements in glucose and cholesterol levels.

People with schizophrenia die up to 20 years earlier than the general public, mostly from heart attacks and stroke. Antipsychotics are widely used and some clearly play a role in increasing cardiovascular disease risk. So it’s important to understand their side-effects and how they vary between different types of medication and different people.

This is the first time that research has compared antipsychotics on their metabolic side-effects and tried to identify which people might be more at risk of developing them. The findings that there are significant differences in side-effects between treatments have implications for the choice of antipsychotic, particularly for the at-risk groups we have identified.