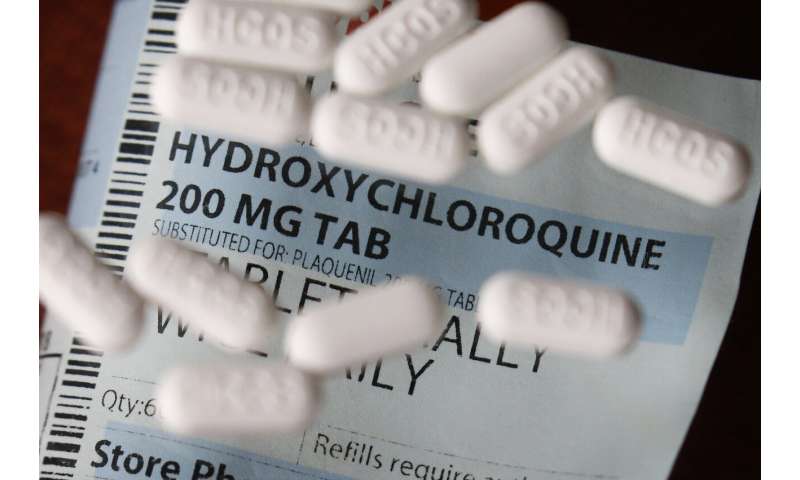 State and local governments across the United States have obtained more than 30 million doses of a malaria drug touted by President Trump to treat patients with the new coronavirus, despite warnings from doctors that more research is needed.

At least 22 states and Washington, D.C. secured shipments of the drug, hydroxychloroquine, according to information compiled from state and federal officials by The Associated Press. Sixteen of those states were were won by Trump in 2016, although five of them including North Carolina and Louisiana are now led by Democratic governors.

Supporters say having a supply on hand makes sense in case the drug is shown to be effective against the pandemic that’s devastated the global economy and killed nearly 200,000 people worldwide, and to ensure a steady supply for people who need it for other conditions like lupus.

But health experts worry that having the drug easily available at a time of heightened public fear could make it easier to misuse it. The U.S. Food and Drug Administration on Friday warned doctors against prescribing the drug, hydroxychloroquine, for treating the new coronavirus outside of hospitals or research settings, because of reports of serious side effects, including dangerous irregular heart rhythms, and death among patients.

It’s the latest admonition against the drug that Trump mentioned 17 times in various public appearances, touting its potential despite his own health advisors telling him it is unproven. 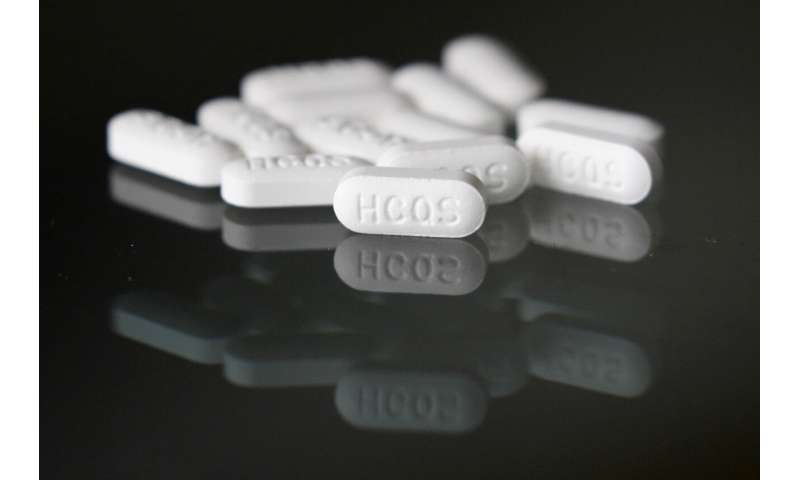 Oklahoma spent $2 million to buy the drugs and Utah and Ohio have spent hundreds of thousands on purchases. The rest of the cities and states have received free shipments from drug companies or the U.S. government in the last month. Ohio also received a large donation from a local company.

And the Federal Emergency Management Agency has sent 19 million doses of hydroxychloroquine to 14 cities including Washington, D.C., Philadelphia and Baltimore from the federal government’s national stockpile, a source that also provided South Dakota and California with supplies. The U.S. government received a donation of 30 million doses from Swiss drugmaker Novartis on March 29 to build up the stockpile.

“If he (Trump) hadn’t amplified the early and inappropriate enthusiasm for the drug, I doubt if the states would have even been aware of it,” said Dr. Kenneth B. Klein, a consultant from outside of Seattle who has spent the last three decades working for drug companies to design and evaluate their clinical trials.

Klein said it’s understandable that government and health officials looked into hydroxychloroquine—which is approved for treating malaria, rheumatoid arthritis and lupus—as a possible remedy during a frightening pandemic, but the time and energy has been misspent. The potential side effects are worrisome, especially because many coronavirus patients already have underlying health conditions, he said. 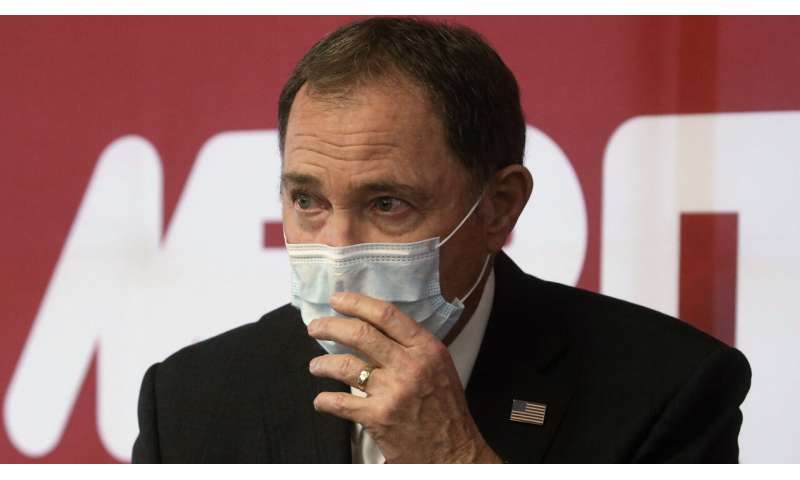 “The states and the federal government are reacting in light of that fear but it’s not a rational response,” Klein said.

Doctors can already prescribe the malaria drug to patients with COVID-19, a practice known as off-label prescribing, and many do. Medical and pharmacy groups have warned against prescribing it for preventative purposes. The FDA has allowed it into the national stockpile, but only for narrowly defined purposes as studies continue.

Utah Gov. Gary Herbert, a Republican, acknowledged that the drug is “not without controversy,” but said an $800,000 purchase from a local company was part of the state’s effort to make rational decisions based on “good science and good data.”

The Utah health department said earlier this week it planned to spend $8 million more to buy 200,000 additional treatments from the company, but said Thursday after media inquiries about the deal that those plans are on hold as the state researches FDA requirements for compounding and distribution of the drugs.

South Dakota, with a population of 885,000 people, received 1.2 million doses from the federal government and is using the drug for a trial as well as doctor-approved prescriptions for COVID-19 positive patients. South Dakota Gov. Kristi Noem, a Republican and Trump ally, said earlier this month she pushed the White House to provide enough hydroxychloroquine to give it to every hospitalized person, others who are vulnerable to the coronavirus and “front line” health care workers. As of Tuesday, 200 people in South Dakota were being treated with the drug, according to Sanford Health. 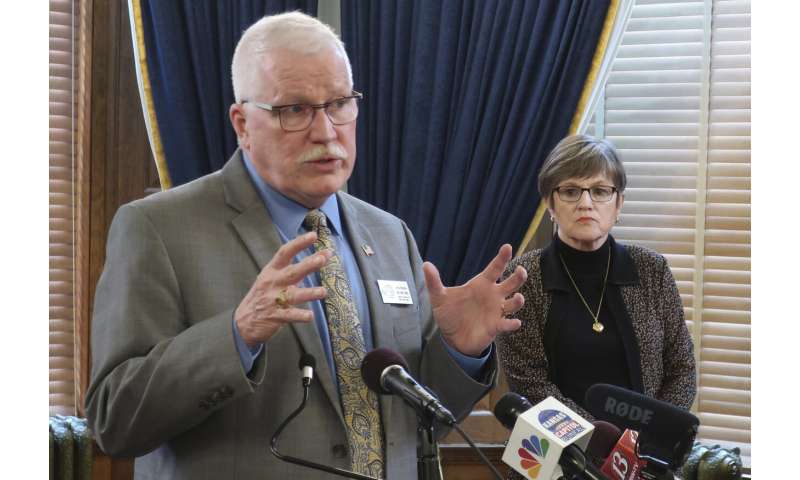 Many states, however, have opted to steer clear over concerns about side effects and lingering questions about the effectiveness. At least one of those states is led by a Republican governor, Tennessee, where the state’s Department of Health sent a letter warning against using the drug, or hoarding it.

“We were seeing a flood of inappropriate prescribing and hoarding, quite frankly,” Health Commissioner Lisa Piercey told reporters.

Kansas health director Dr. Lee Norman said the state has no intention of buying the drug because there’s not enough evidence it helps treat COVID-19.

Most states aren’t paying for the drug, and it’s not clear why Utah didn’t get it from the federal reserve or a donation from a business like Amneal Pharmaceutical. News releases from state governments show the New Jersey-based company has sent millions of doses of the drug free of cost to states, including 2 million to New York and 1 million to Texas. A company spokesperson declined to provide a list of donations or answer other questions from The Associated Press

Pharmaceutical companies can often manufacture pills they already make fairly cheaply and the donations may have been done to earn good publicity while setting it up to make future sales if hydroxychloroquine ends up being a reliable treatment for the virus, Klein said. 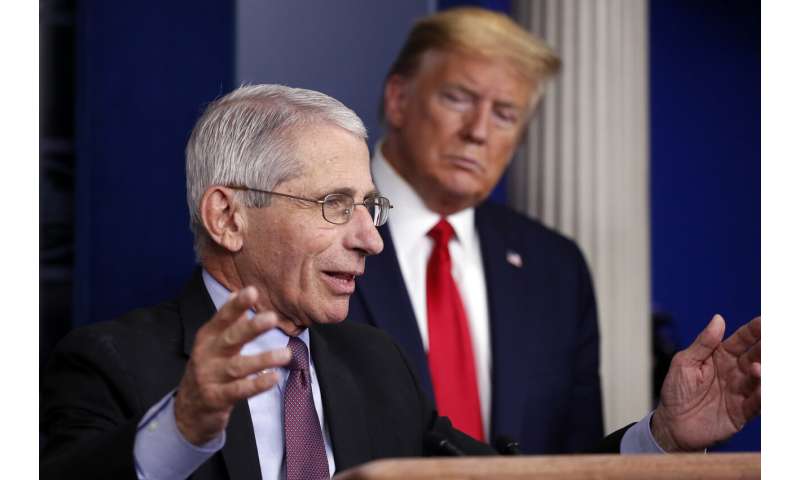 Controversy has swirled around the drug since Trump started promoting it from the podium in the White House briefing room on March 19.

He mentioned the drug in briefings through April 14, and the White House distributed press releases praising Trump’s efforts to stockpile it for use in areas of the country hard-hit by the virus. But for the past week, as studies have shown mixed or even harmful results, Trump has gone silent on the drug.

Asked about it Thursday, Trump said he hadn’t heard of the a study done at U.S. veterans hospitals with preliminary results that showed no benefit, and rejected the notion he had stopped promoting hydroxychloroquine as a cure.