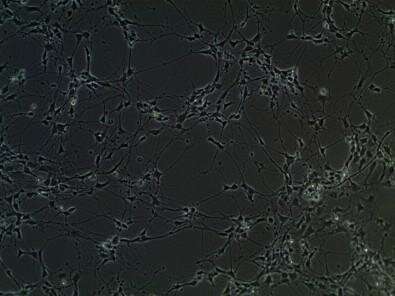 Autism has long been associated only with behavioral and environmental factors, but the role of genetics in its development is now increasingly evident. Some 100 genes have been found to play a role in autism spectrum disorder, and another thousand are being studied to the same end.

The diagnosis and treatment of the disorder on a genomic basis are hindered by this variability. However, a new study conducted at the University of São Paulo’s Institute of Biosciences (IB-USP) in Brazil points to a common gene expression profile regardless of the DNA mutations in any autistic individual.

“We found a group of genes that’s dysregulated in neural progenitor cells, which give rise to neurons, and in neurons themselves,” said Maria Rita dos Santos e Passos-Bueno, a professor at IB-USP. In other words, while the DNA of different individuals with autism displays different alterations, the behavior of these genes is similar in all such people and differ from that observed in the brains of people without the disorder. Passos-Bueno is affiliated with the Human Genome and Stem Cell Research Center (HUG-CELL).

The results are reported in the journal Molecular Psychiatry, a Nature publication.

Samples of brain tissue cannot be taken from living people, so the researchers conducted in vitro experiments using a technique called cell reprogramming.

“We took dental pulp cells from people with and without autism, and from these, we created pluripotent stem cells, which can be transformed into any type of cell. In this way, we were able to create in the laboratory neural cells with the same genomes as those of the patients,” said Karina Griesi Oliveira, the first author of the article. Oliveira has a Ph.D. in genetics from IB-USP and is a researcher in the Albert Einstein Israeli Education and Research Institute (IIEP).

“The study bore out the hypothesis that, while the origin of autism is multifactorial and different in each person, these different alterations can lead to the same problems in the functioning of their neurons,” Oliveira said.

The induced pluripotent stem cells (iPSCs) were reprogrammed to simulate two stages in the development of the human brain: neural progenitor cells, which give rise to neurons, and neurons at a stage equivalent to those of a fetus between the 16th and 20th weeks of gestation.

The researchers then analyzed these cell transcriptomes, consisting of all their RNA molecules. RNA acts as an intermediary that converts the information in a gene into proteins, which in turn govern cell behavior.

“By counting the RNA molecules, we were able to determine gene expression with a considerable degree of precision,” Oliveira said.

The researchers next used mathematical models to determine which genes were differentially expressed in both groups (with and without autism), arriving at those responsible for synapses and neurotransmitter release, i.e., genes that modulate communication among neurons. This process influences the functioning of the entire organism, but above all, the brain.

This set of genes, some of which have been associated with autism in previous research, displayed increased activity in neurons. “Some of them were dysregulated in iPSC-derived neural cells from autists studied in other research, and in neurons from postmortem brain tissue belonging to individuals with autism, validating the method,” Passos-Bueno said.

On the other hand, this second analysis using postmortem tissue data showed decreased gene expression at the time of death. “We don’t know the reason for the difference, but it’s consistent evidence that expression of this group of genes is involved in autism spectrum disorder,” Oliveira said.

The study also provides more evidence that autism begins to develop during gestation. “The study points to a disturbance in fetal neurodevelopment that alters neuronal functioning, so that the child is born with altered gene expression,” Passos-Bueno said.

This knowledge may contribute to the diagnosis of autism, currently based on the clinical analysis of symptoms.

Imaging, blood tests and genetic sequencing cannot help diagnose the disorder in the vast majority of suspected cases. “A major genetic error causes autism in some 30% of patients, but the origin of the disorder is multifactorial in 70%, with several alterations to DNA causing clinical symptoms, so that interpretation of the genetic data is still complex,” Passos-Bueno explained.

The research line may also favor the development of more effective treatment strategies. “To treat a genetic disease, you have to understand what the genes are doing wrong. The alterations to neurotransmitter control have never been demonstrated so clearly,” said Mayana Zatz, a professor at IB-USP and HUG-CELL’s principal investigator.

According to Zatz, HUG-CELL is at the forefront of international research on autism. One of the group’s recent advances was the identification of new genes associated with the disorder, one of which is PRPF8. The study was published in February 2020 in the journal Autism Research.