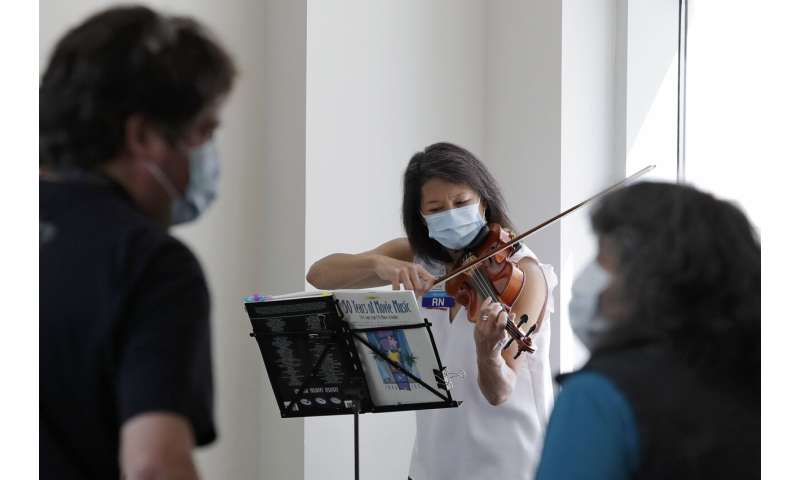 South Korea reported 18 new coronavirus cases Saturday after bars and nightclubs were urged to close following a spate of infections, while Pakistan bowed to economic pressure and allowed some businesses to reopen despite a surge in case numbers.

The United States, Brazil and Italy also were wrestling with how to ease curbs on business and public activity. Others imposed new restrictions: Kuwait in the Middle East announced a lockdown from Sunday through May 30.

Worldwide, the virus has infected at least 3.9 million people and killed more than 270,000, according to a tally by Johns Hopkins University based on data reported by governments.

On Friday, South Korea urged nightclubs to close for a month after new cases jumped above 10 for the first time in five days. A decline in new infections had prompted the government to ease social distancing guidelines and announce plans to reopen schools Wednesday.

Most of the new cases are linked to the Itaewon leisure district of the capital, Seoul, where a 29-year-old man visited three nightclubs before testing positive.

Also Saturday, Pakistan allowed shops, factories, construction sites and some other businesses to reopen, while 1,637 new cases and 24 deaths were reported. That was close to Thursday’s one-day peak of 1,764 new infections and raised Pakistan’s total to 27,474. 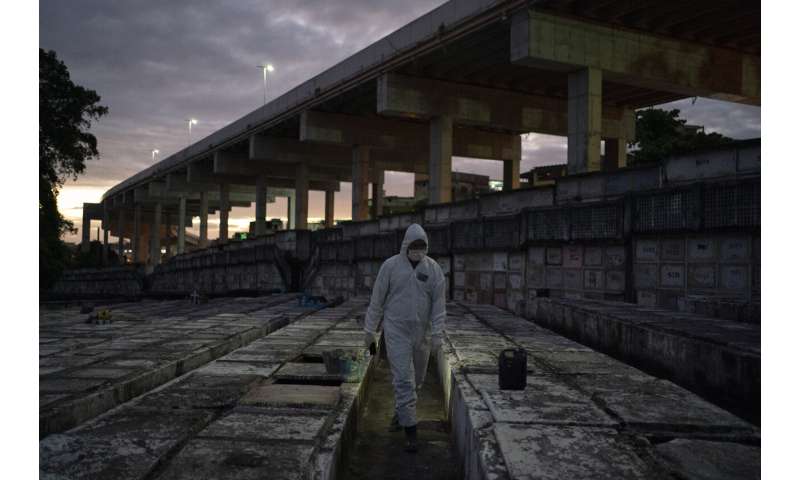 Prime Minister Imran Khan said his government is rolling back curbs because it can’t support millions of families that depend on daily wages. The government warned controls will be reimposed if the public fails to follow social distancing guidelines.

Meanwhile, the U.S. government reported Friday unemployment surged to its highest level since the Great Depression of the 1930s, likely adding to conflict over when to allow businesses to reopen.

The Labor Department reported unemployment stood at 14.7% after some 20.5 million jobs vanished in April. The department, citing miscounting of some workers by its survey-takers, said the true rate probably was closer to 20%. Some economists said the total might be even higher at 23.6%, not far from the 1939 peak of 25%.

President Donald Trump is pushing state governors to allow factories, restaurants and shops to reopen despite warnings that might lead to a deadly spike in infections. 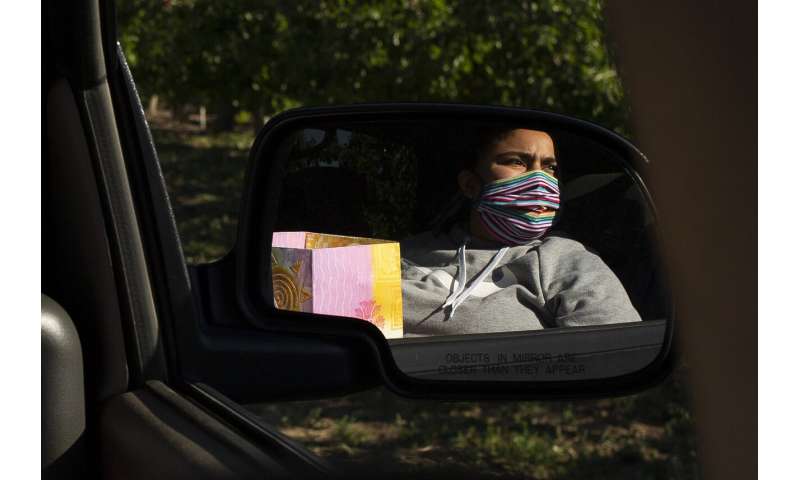 Some states including Texas and South Carolina have allowed some businesses to reopen. Others such as New York, the hardest-hit U.S. state, and Illinois want to see more progress in containing the disease before relaxing controls.

The Trump reelection campaign planned to hammer its opponent with negative ads while touting a strong economy. But Trump’s team is increasingly worried about key states such as Michigan, Wisconsin and Florida.

Also Friday, Vice President Mike Pence’s press secretary became the second person at the White House to test positive for the virus. The first was a member of the military who works as Trump’s valet.

China, where the pandemic began in December, announced plans to reopen more schools in its capital, Beijing. 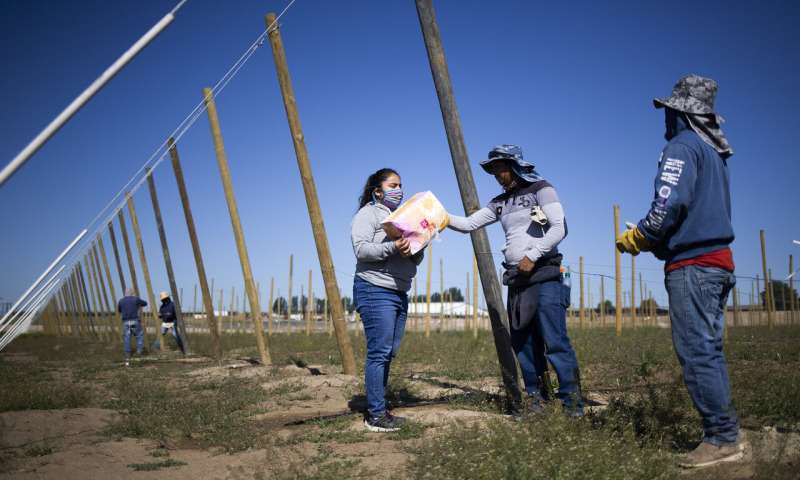 Controls including checks for the virus’s telltale fever still are in place at apartment complexes and public buildings in the Chinese capital.

China’s ceremonial legislature is due to hold its annual session May 22, postponed from March. The government has yet to say how some 3,000 delegates will conduct meetings.

In Europe, Britain’s environment minister said there will be no “dramatic overnight change” announced when Prime Minister Boris Johnson makes a national address on Sunday.

Johnson is expected to explain how Britain, with the second-highest death toll behind the United States at 31,241, can ease the lockdown. Only minor changes such as allowing people to sunbathe in parks are anticipated.

The government will be “very, very cautious,” said the minister, George Eustice.

Italy’s government said it would to take legal action to stop a northern province, Bolzano, from reopening stores this weekend in defiance of a national plan to wait until later this month. Italy has reported more than 217,000 virus cases and 30,200 deaths. 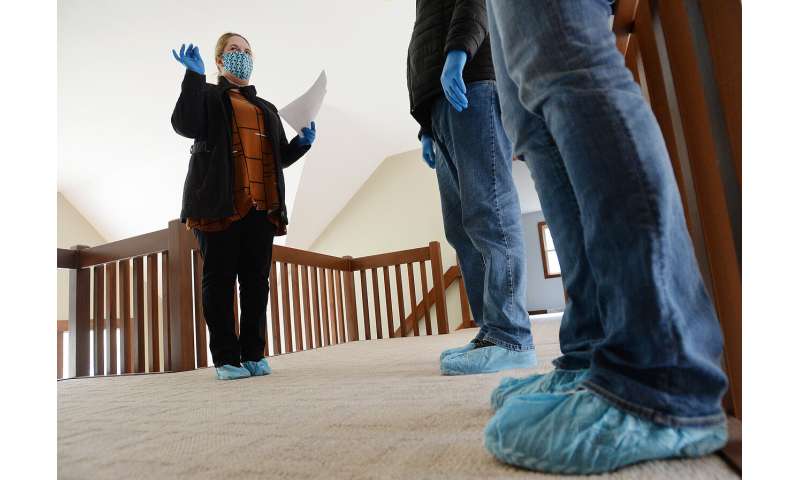 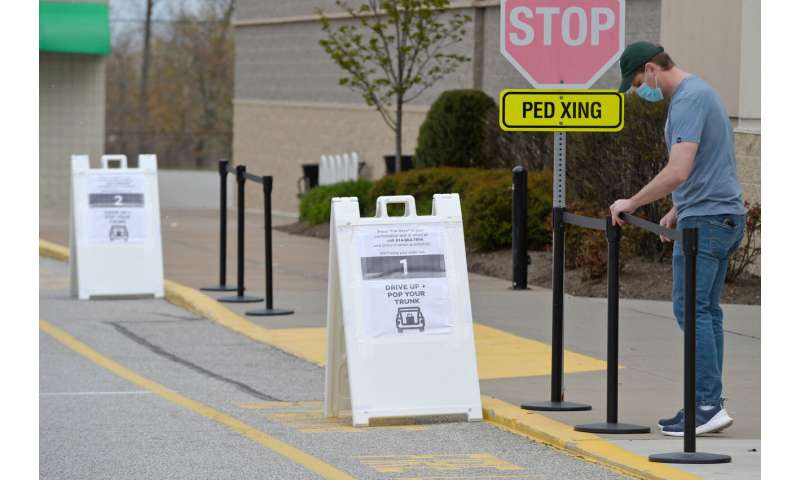 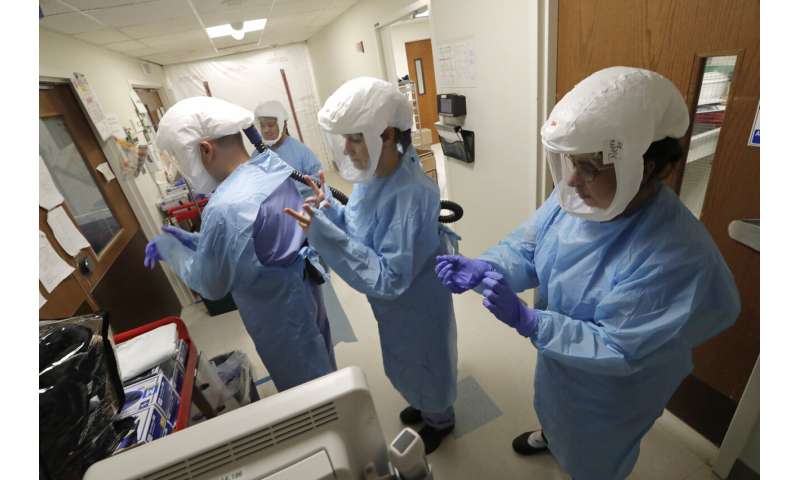 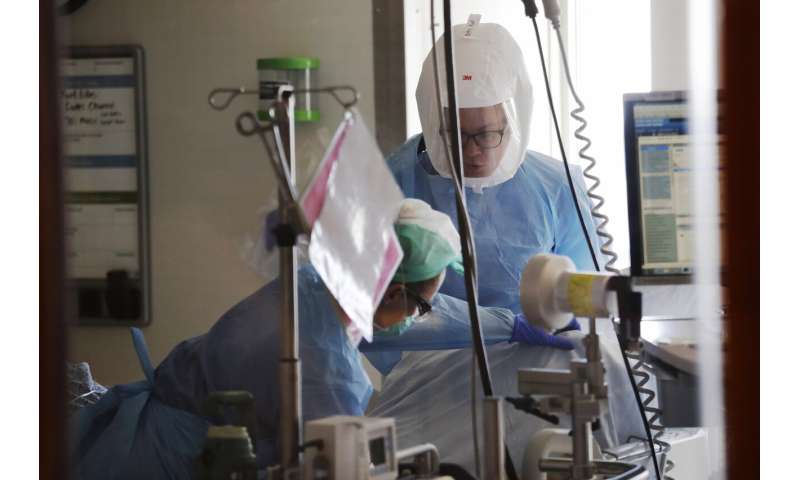 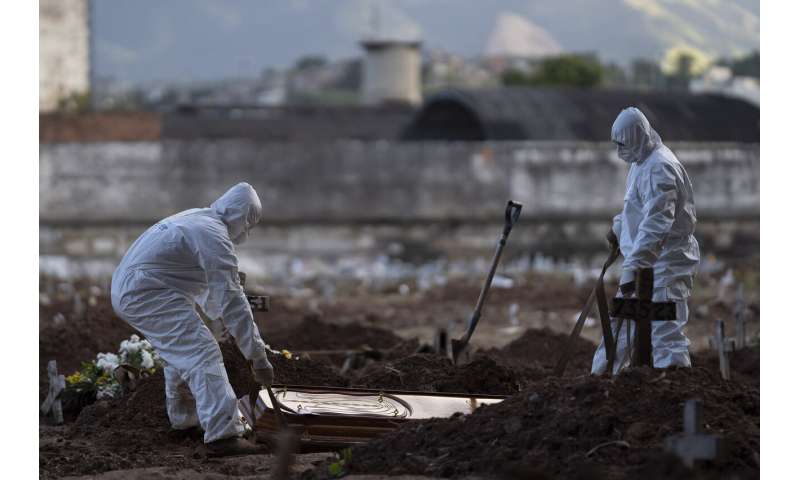 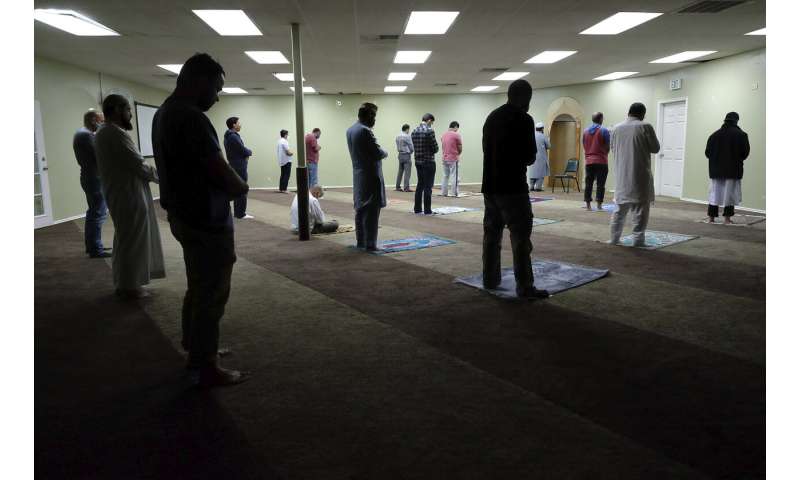 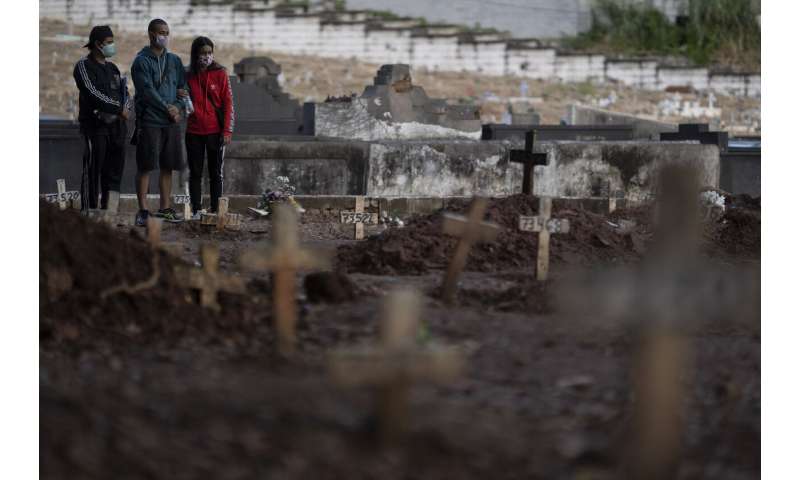 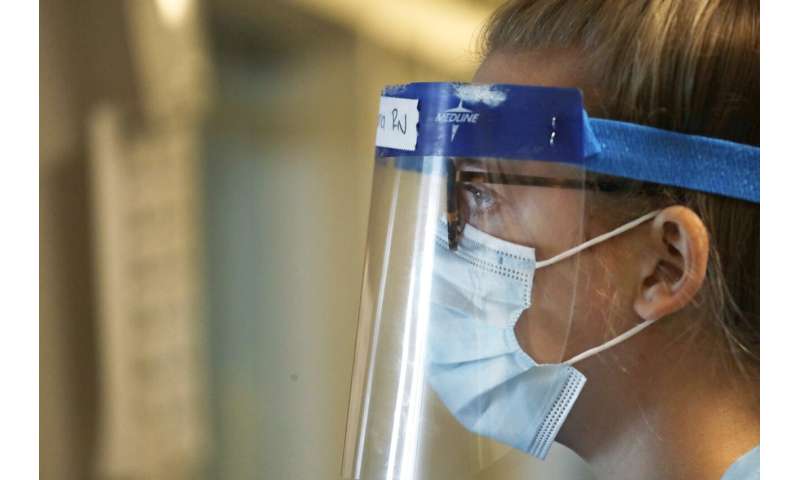 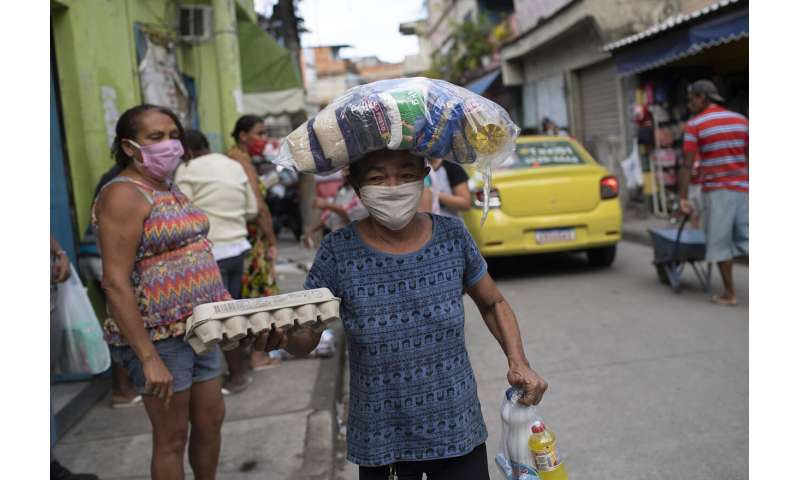 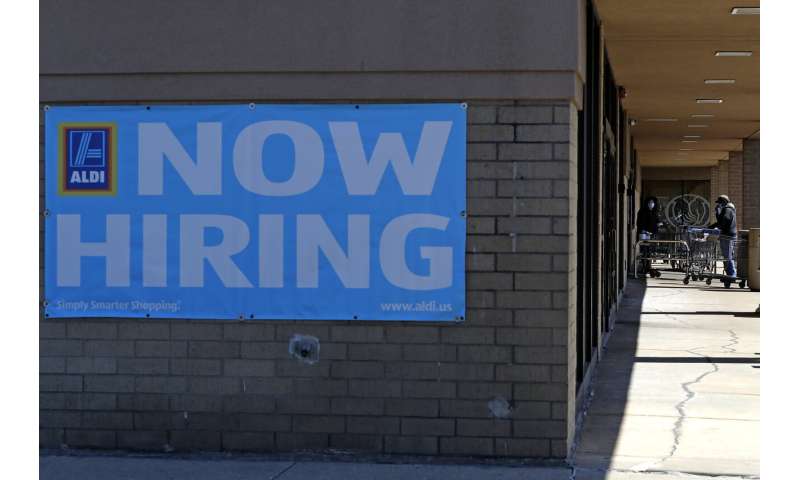 In Brazil, the country’s fifth-biggest city, Fortaleza, started a lockdown Friday amid surging infections, even as President Jair Bolsonaro asked the Supreme Court to order states to roll back restrictions on business.

Fortaleza, capital of the state of Ceara in the northeast, will impose roadblocks and allow only essential services. Similar restrictions were imposed this week in the capitals of the states of Maranhao and Para.