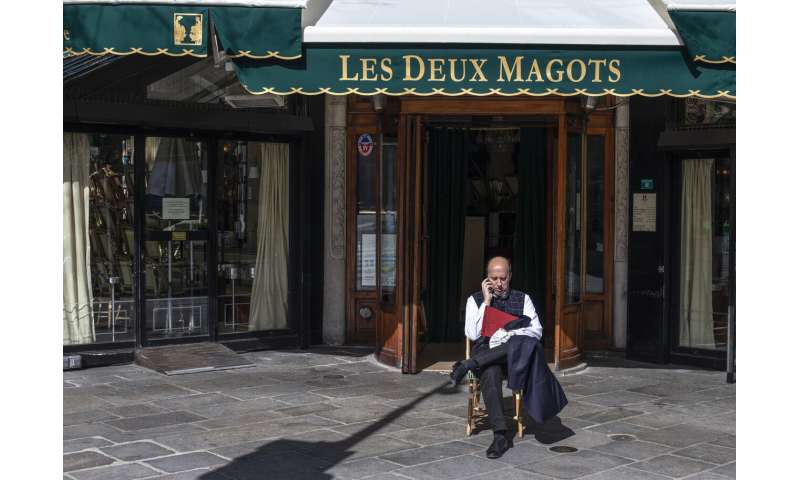 What’s it like in France after government orders restaurants and bistros to close to contain the spreading coronavirus?

Eerily quiet. No one drinking coffee in sidewalk cafes. A punch in the gut to France’s well-known joie de vivre.

Paris is “like a horse without a rider,” said Mohamed Fatnassi, the man in charge of evening service at the famed Closerie des Lilas bar and restaurant.

He spoke early Sunday, just after the ban came into effect. By then, the Left Bank restaurant and bar had emptied, for who knows how long. The abrupt closure order from the prime minister came in the midst of France’s dinner hour Saturday night: all eateries should shut at midnight, indefinitely.

“This is an institution … Everyone has been through here,” Fatnassi said, citing Ernest Hemingway, Pablo Picasso and even Soviet founder Vladimir Lenin, who lived in exile in a nearby district.

Cafes and eateries have been an essential part of the fabric of social life in France since the first cafe appeared in 17th-century Paris. Today, in villages, the local cafe is often the only place to come together with neighbors. They’re so essential to social cohesion that the French government has launched a plan to ensure they survive. 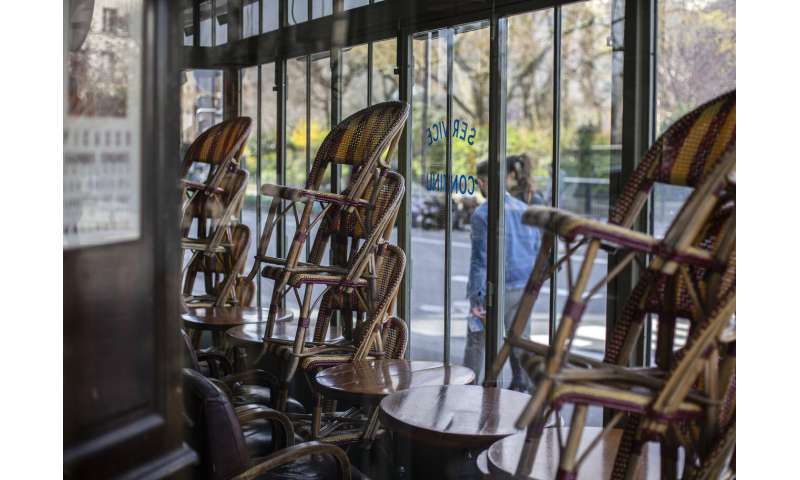 By Sunday morning, the sidewalk cafes once synonymous with France stood barren. Stacks of chairs looked forlorn, absent of tourists and gossiping locals. At the historic Dome fish restaurant and cafe, a sober sign was taped to the brass-trimmed door: “Exceptional closing due to COVID-19.”

Some restaurants had takeout signs on their doors as carrying away food is still allowed. But the usually bustling Montparnasse tourist haunt was eerily quiet.

“It’s very strange. I wasn’t expecting this,” said Portuguese tourist Artur Rodriguez, 57, who was staying in a neighborhood hotel and noted that French museums were also closed. “We don’t know what to do….”

Like others in Paris’ Montparnasse district, Fatnassi said there was no advance warning ahead of French Prime Minister Edouard Philippe’s restaurant closure announcement. Authorities said the COVID-19 virus had doubled in France in three days, reaching 4,500 infections and 91 deaths, and stricter measures were needed. 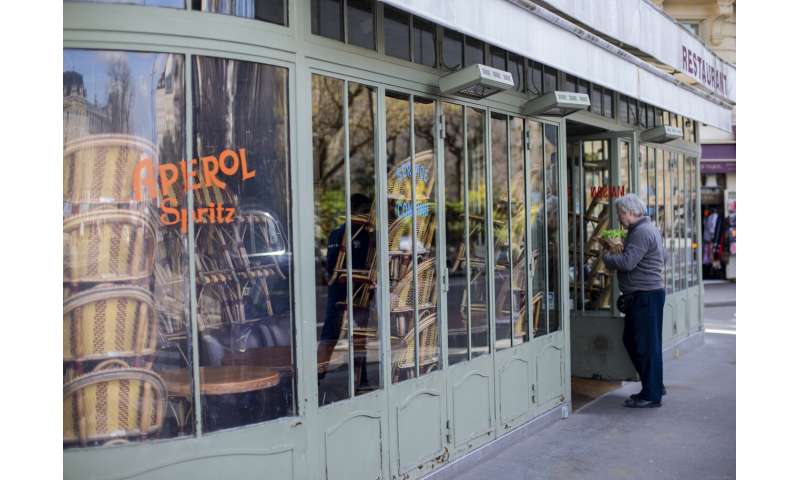 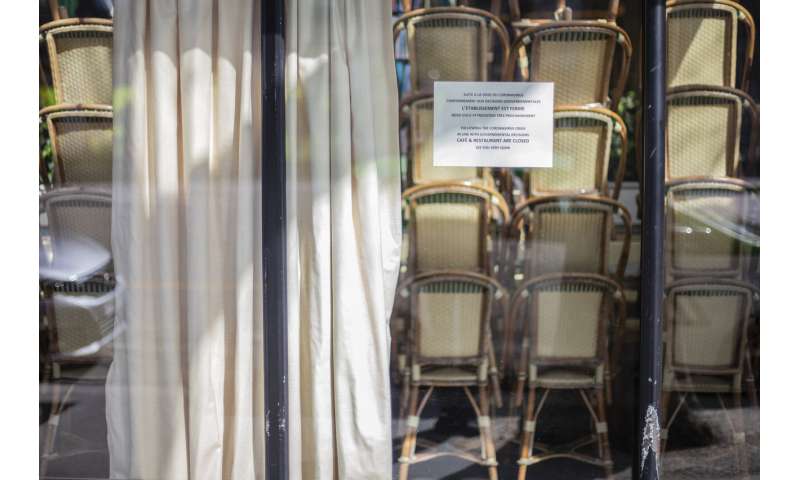 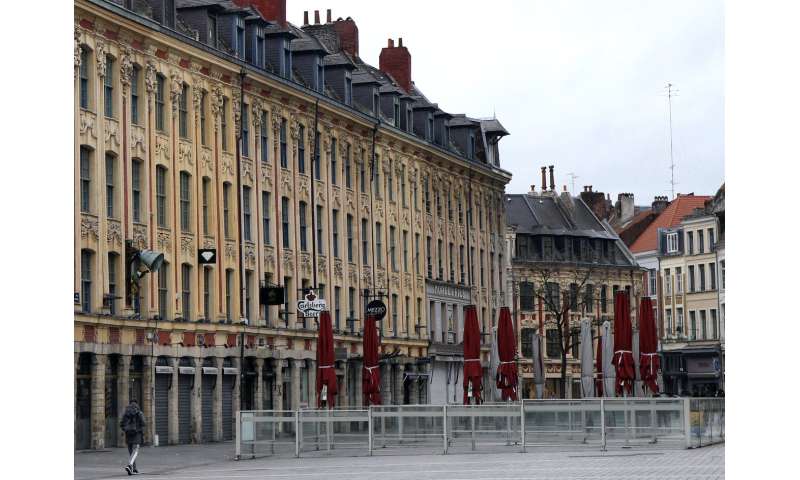 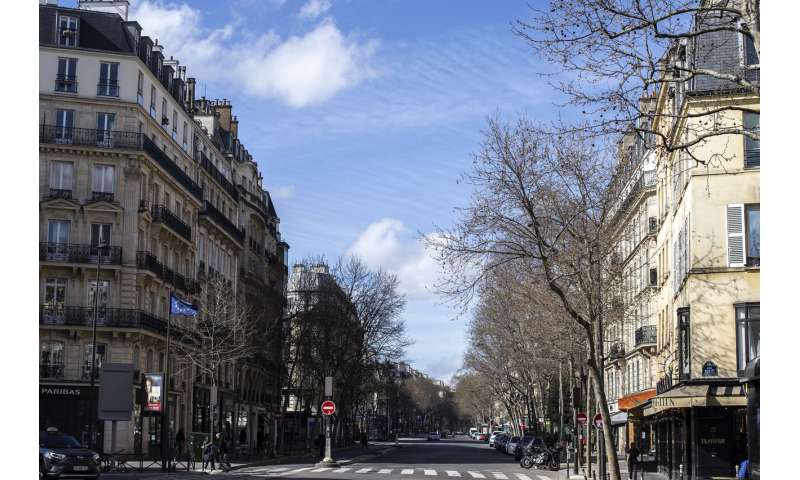 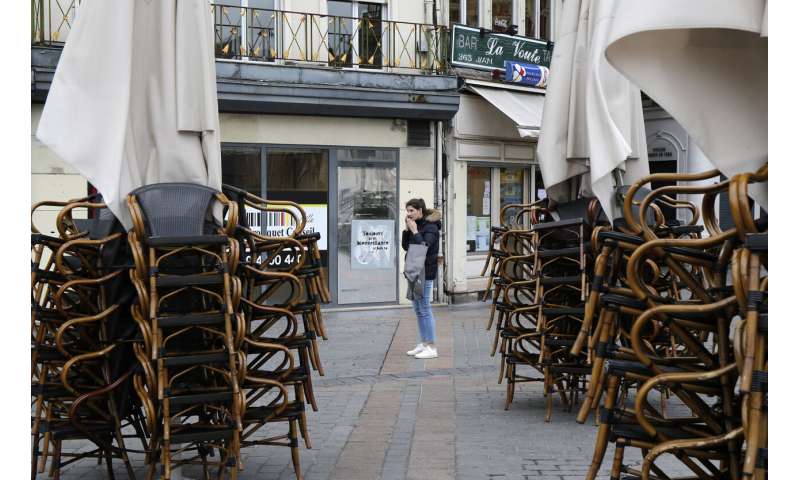 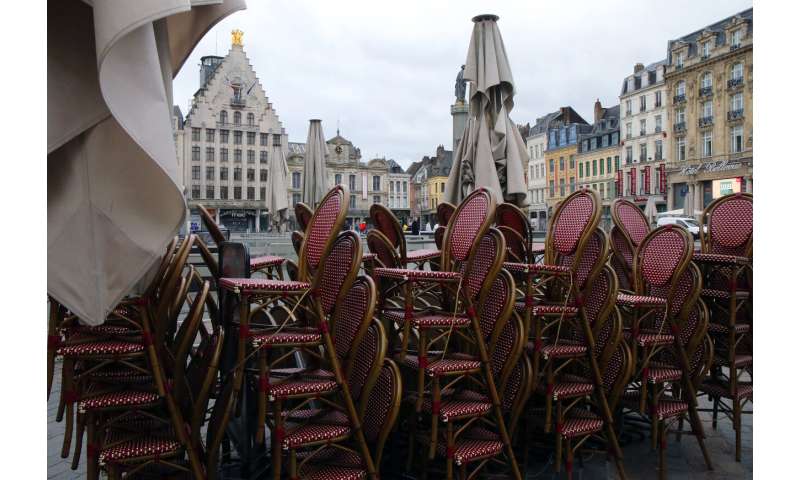 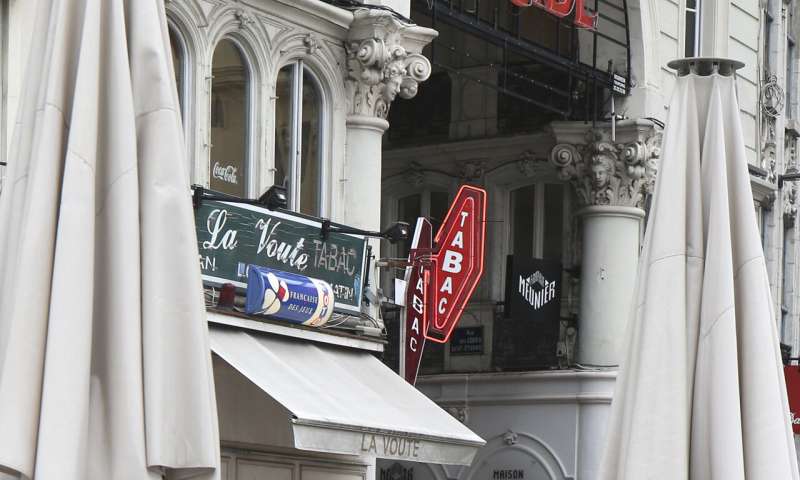 As Europe became the new epicenter of the virus that began in China three months ago, neighboring nations like Italy and Spain have ordered much stricter lockdowns to protect people.

Philippe said Sunday that barrier measures like avoiding crowds or maintaining a one-meter distance were not being fully respected, notably in packed cafes.