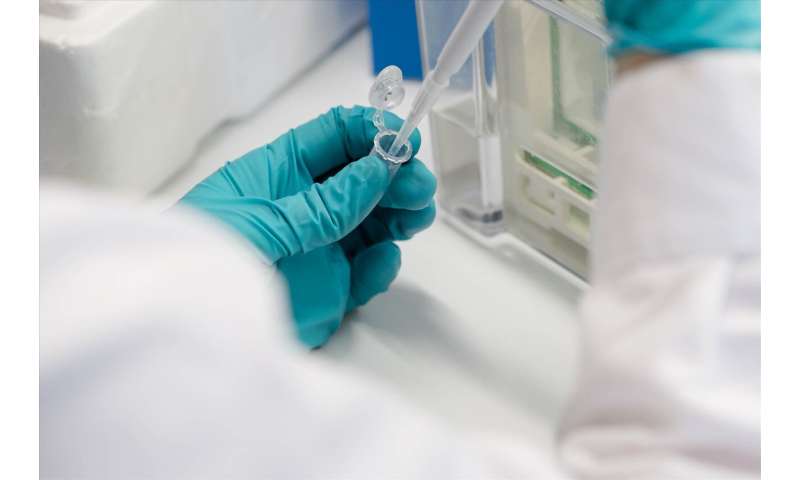 Researchers at the University of Eastern Finland have developed a new and promising drug compound for the treatment of cancer that inhibits natural amino acids from entering cancer cells. Since amino acids are essential for the growth and division of cancer cells, the new LAT1 inhibitor makes it possible to inhibit their growth. The study was published in the journal Apoptosis.

Many research groups around the world are studying the transport of amino acids into cancer cells, and inhibiting that transport, as a potential treatment for cancer. Adjunct Professor Kristiina Huttunen’s research group at the University of Eastern Finland has focused on the LAT1 transporter protein in particular. LAT1, or l-type amino acid transporter 1, is a membrane protein that transports large amino acids, and it has been found to be over-expressed in many cancer cells. This is why researchers believe that inhibiting the function of LAT1 could be useful in the treatment of various cancers. In breast and prostate cancer, expression of LAT1 has also been associated with a weaker prognosis of survival. Currently, an LAT1 inhibitor developed in Japan, JPH203, has proceeded to clinical trials.

“We feel that using an LAT1 inhibitor alone isn’t an effective approach to treating any cancer, since cancer cells always find an alternative way to take in amino acids or to get rid of drug compounds that have been designed to kill them. It is these various defence mechanisms that make many cancers resistant to drugs. This is why we believe that using a combination of several drug compounds is the most effective way to treat many cancers,” Adjunct Professor Huttunen points out. Amino acids can also enter cells in the form of larger peptides that will be broken down to amino acids by enzymes. Bestatin, however, inhibits the function of these enzymes and, in doing so, also blocks one possible pathway via which amino acids can enter cells.

The study was also the first to show that temporary LAT1 inhibition does not have an effect on the amino acid composition of the brain. The LAT1 transporter protein is abundantly present in the brain and in the blood-brain barrier, as well as in neurons and glials, which are cells that support neurons. Adjunct Professor Huttunen’s group has carried out extensive research into all of the above. It is thus highly probable that the effects of the LAT1 inhibitor would mainly be targeted at rapidly-dividing cancer cells, and that unfortunate side effects on the central nervous system could be avoided.

The study was carried out in collaboration with Dr. Magdalena Markowicz-Piasecka at the Medical University of Lodz in Poland. Dr. Markowicz-Piasecka used to work as a postdoctoral researcher in Adjunct Professor Huttunen’s group, and she has continued her research on the LAT1 inhibitor in Poland, leading to the publication of these new results.

According to Huttunen, the LAT1 inhibitor developed at the University of Eastern Finland is an innovation that has potential for further development.