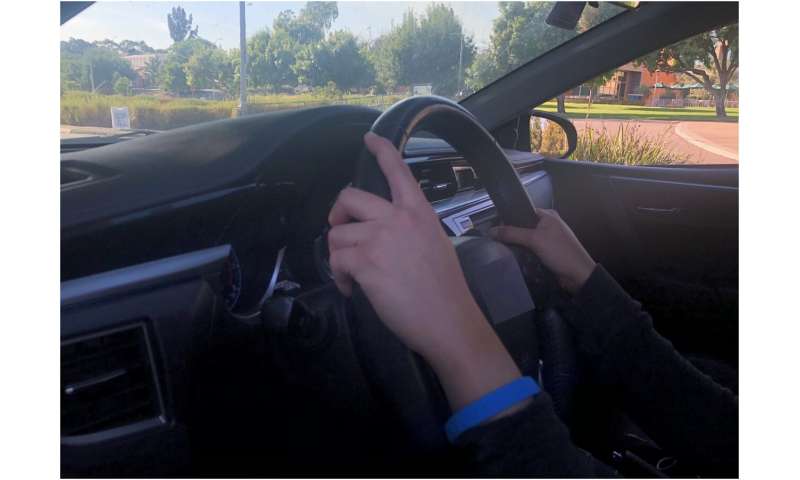 The longer your commute, the more you’re exposed to a chemical flame retardant that is a known carcinogen and was phased out of furniture use because it required a Proposition 65 warning label in California.

That is the conclusion of a new UC Riverside study published this month in the journal Environment International.

While much research on automobile pollution focuses on external air pollutants entering vehicle interiors, this study shows that chemicals emanating from inside your car could also be cause for concern.

Though there are other Proposition 65-list chemicals that are typically used in the manufacture of automobiles, this flame retardant is a new addition to the list. Known as the Safe Drinking Water and Toxic Enforcement Act, Proposition 65 requires the state to maintain and update a list of chemicals known to cause cancer or reproductive harm.

Some scientists assumed that humans stopped being exposed to the chemical, called TDCIPP or chlorinated tris, after it was placed on California’s Proposition 65 list in 2013. However, it is still widely used in automobile seat foam. The study shows that not only is your car a source of TDCIPP exposure, but that less than a week of commuting results in elevated exposure to it.

“I went into this rather skeptical because I didn’t think we’d pick up a significant concentration in that short a time frame, let alone pick up an association with commute time,” Volz said. “We did both, which was really surprising.”

Over the past decade, Volz has studied how various chemicals affect the trajectory of early development. Using zebrafish and human cells as models, the Volz laboratory has been studying the toxicity of a newer class of flame retardants called organophosphate esters since 2011.

Little is known about the toxicity of these organophosphate esters—TDCIPP is one of them—but they’ve replaced older flame-retardant chemicals that lasted longer in the environment and took longer to metabolize.

Using zebrafish as a model, Volz found TDCIPP prevents an embryo from developing normally. Other studies have reported a strong association between TDCIPP and infertility among women undergoing fertility treatments.

Knowing its use is still widespread in cars, Volz wondered whether a person’s exposure is elevated based on their commute. UC Riverside undergraduates made for excellent study subjects, as a majority of them have a daily commute.

Participants included around 90 students, each of whom had commute times that varied from less than 15 minutes to more than two hours round trip. All of them were given silicone wristbands to wear continuously for five days.

The molecular structure of silicone makes it ideal for capturing airborne contaminants. Since TDCIPP isn’t chemically bound to the foam, Aalekyha Reddam, a graduate student in the Volz laboratory, said it gets forced out over time and ends up in dust that gets inhaled.

Multiple organophosphate esters were tested, but TDCIPP was the only one that showed a strong positive association with commute time.

“Your exposure to TDCIPP is higher the longer you spend in your vehicle,” Reddam said.

While Volz and his team did not collect urine samples to verify that the chemical migrated into the bodies of the participants, they believe that’s what happened.

“We presume it did because of how difficult it is to avoid the ingestion and inhalation of dust,” Volz said. Additionally, other studies have examined the accumulation of TDCIPP in urine, but not as a function of how long a person sits in a car.

Going forward, the research team would like to repeat the study with a larger group of people whose ages are more varied. They would also like to study ways to protect commuters from this and other toxic compounds.

Until more specific reduction methods can be identified, the team encourages frequently dusting the inside of vehicles, and following U.S. Environmental Protection Agency guidelines for reducing exposure to contaminants.

Until safer alternatives are identified, more research is needed to fully understand the effects of TDCIPP on commuters.