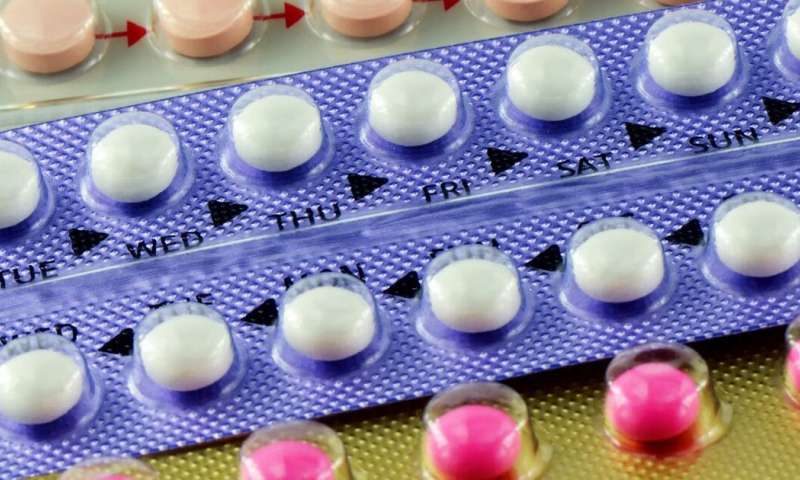 Hormonal contraceptives are in short supply in the UK. This has affected injectable and oral contraceptives and follows on from a reported shortage of hormone replacement therapy (HRT) earlier in the year. Shortages of contraceptives may seem less urgent that shortages of, say, diabetes or cancer drugs, but they can lead to unplanned and unwanted pregnancies.

Combined oral contraceptive pills and injectable contraceptives work by turning off ovulation, so that a woman’s ovaries don’t produce an egg and therefore no fertilization or pregnancy can occur. As long as egg production is stopped, these methods are effective.

But the ovaries are not turned off immediately on starting to use these contraceptives. It usually takes seven days of taking the pill or seven days after an injection for the hormone levels in the blood to be high enough to turn ovulation off. The effect wears off in about seven days as well, so a woman becomes fertile again within a week of stopping or interrupting her pill.

The injectable contraceptive is longer-lasting, turning ovulation off for 13 weeks, but this effect becomes unreliable after 14 weeks. If a woman is unable to access her usual pill or is unable to get her injection, she is a risk of becoming pregnant. Not only that, if she is then able to obtain her supply, she must wait seven days more, after restarting, for the pill or injection to work again.

The situation for women experiencing shortages of a progesterone-only pill (so-called mini or pop pills) is even more difficult because these pills need to be taken regularly every day. It is an older type of progesterone-only pill that is experiencing shortages, and this type must be taken each day within three hours of the usual time a woman takes her pill.

These types of progesterone-only pills work through the effect of progesterone on the cervical mucus. This becomes thickened and blocks sperm from passing through from the vagina, stopping the egg from being fertilised. The effect wears off within 48 hours of missing a pill, but it returns within two days of restarting the method.

While shortages of contraceptive drugs do not put a woman at immediate risk of ill health in the way shortages of disease-treating drugs might, the effect on a woman’s psychological wellbeing and the risk of unexpected and unwanted pregnancy are serious consequences.

In 1995 there was a well-publicized “pill scare” where media reports highlighted the increased risk of clots in the leg and lung for women using newer combined oral contraceptives pills, in comparison to older versions of the pill. Many women abruptly stopped taking their pill and it is widely accepted that this led to an increase in unintended pregnancies and abortions the following year. Rates of conceptions in England and Wales increased from 74/1,000 in 1995 to 76/1,000 in 1996, producing a peak in an otherwise downward trend for conceptions from 1990 to 2001. At the same time the British Pregnancy Advisory Service noted a 10% rise in the number of abortions it carried out in the three months between December 1995 and February 1996.