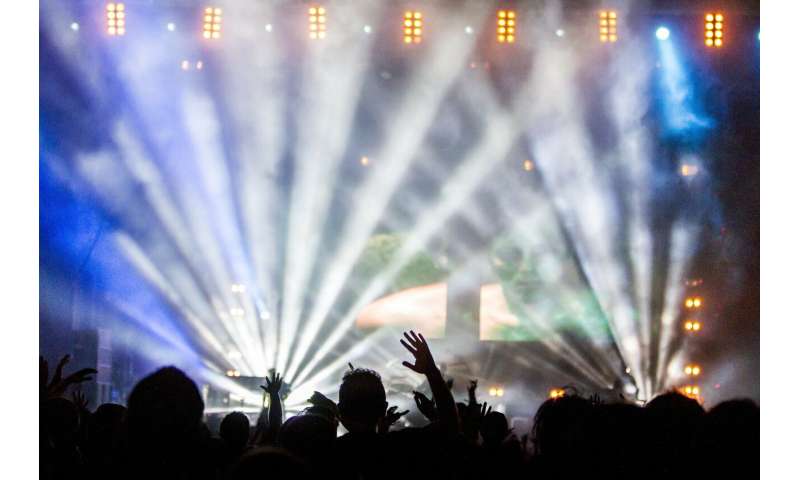 Nearly 37 percent of electronic dance music (EDM) party attendees test positive for ketamine use when samples of their hair are tested—despite only 14.6 percent disclosing that they have used the drug in the past year.

The study—published in the Journal of General Internal Medicine—suggests that ketamine use is extensively underreported and EDM party attendees may be unintentionally exposed to the drug.

Individuals who frequent EDM parties report higher levels of recreational drug use compared to the general population. They are also at high risk for unknown exposure to drugs, which occurs when drugs such as ecstasy (also known as MDMA and Molly) are adulterated with other substances. However, little is known about how ketamine is intentionally or unintentionally used in this population.

Ketamine is a dissociative anesthetic that has long been used in operating rooms and was approved by the FDA in 2019 as a fast-acting treatment for depression delivered as a nasal spray. It also has a long history as a club drug (known as Special K), recreationally used for producing feelings of detachment and hallucinations.

To better understand ketamine use in this high-risk scene, in 2019, the researchers surveyed hundreds of adults entering EDM parties in New York City about their past-year drug use. In addition, 216 participants provided hair samples, which were analyzed to detect drug use in the past 12 months using ultra-high performance liquid chromatography-tandem mass spectrometry.

“Intentional underreporting of drug use is common, but the underreporting we found here is higher than expected, considering that many party attendees reported use of other synthetic drugs,” said Joseph Palamar, Ph.D., MPH, an associate professor of population health at NYU Grossman School of Medicine, an affiliated researcher with the Center for Drug Use and HIV/HCV Research at NYU School of Global Public Health, and the study’s lead author. “Since it is unlikely that someone would disclose the use of drugs such as ecstasy and intentionally not report using ketamine, we believe many cases of positive detection may be due to unknown exposure through the use of adulterated drugs.”

In further analyses, testing positive for ketamine after not reporting using the drug was associated with biologically confirmed exposure to MDMA. “Ecstasy has a long history of being adulterated with other drugs—including ketamine—but people who use ecstasy or other synthetic drugs may now be at an even higher likelihood of being exposed to ketamine without realizing it,” said Palamar. “While ketamine is by no means the most dangerous drug, accidentally being exposed to the drug can lead to a pretty unpleasant dissociative experience.”

The authors note that more research on both intentional and unintentional ketamine use is warranted.