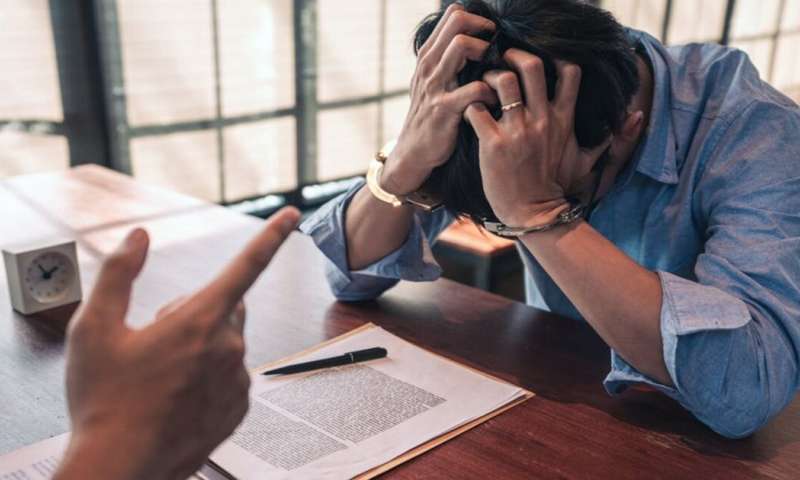 Torture, such as waterboarding, is on the rise in several countries. US President Donald Trump has been vocal in his support of it, both as a method for punishing people and as an effective way of gaining intelligence. This is despite a recent US government report concluding that the use of such “enhanced interrogation” by the CIA was ineffective.

Torture is viewed by many as unethical and it is prohibited worldwide. But what’s the alternative? Our new psychological study, published in the Journal of Applied psychology: General, has come up with an ethical alternative that may be effective.

Torture and other coercive techniques are often used when suspected terrorists refuse to yield information. And it is not just the US that has used these techniques. While the UK government has consistently denied allegations of complicity in this type of behaviour during the so-called war on terror, there is a fair amount of evidence to suggest otherwise.

Many scientists agree that the reason that torture is counterproductive for gaining accurate and useful intelligence is that stress, fear and physical injury has a catastrophic impact on the brain. This includes the ability to remember information. The view has been backed up by security professionals who have been involved in human intelligence and special operations in the field. And if that isn’t enough, there is also evidence that punitive behaviour actually encourages lying.

So why does the notion persist that coercive and torturous methods are effective? The answer may lay in the fact that there are few empirically validated alternatives to torture, and it is hard for scientists to prove that torture doesn’t work. There is obviously no way of doing research that involves actual torture. There is also a view that not using torture may make countries look weak – despite evidence to the contrary.

As a consequence, many governments have pushed on with torture with little regard for efficacy—believing that doing something is better than nothing.

Over the past five years or so years, scientific evidence for alternative approaches has begun to emerge. These approaches have been supported by many field professionals who have acknowledged that “being nice” can be far more effective for gaining intelligence from reluctant detainees than being nasty.

In fact, the High Value Detainee Interrogation Group, which involves the FBI, CIA, and US Department of Defense, has been fundamental in driving a science-based agenda towards improving interrogation practices in line with the rule of law.

Our recent study has identified a conversational approach known as controlled cognitive engagement that we believe may be highly effective for gathering intelligence.

In a complex series of experiments, we recruited 157 participants to attend a research session we claimed would be about decision making. But, on arrival, they witnessed an aggressive interaction between a male researcher and a female student, played by actors, during which the student accidentally damaged a laptop. The incident was developed so that participants would feel sympathy with the student. An assistant from the institution then got people to promise not to mention the student’s involvement in the incident, as she could get in trouble.

The researchers behind the study then claimed they wanted to do a spontaneous follow-up interview study on the spot, based on the incident. They offered participants £60 for not mentioning the student’s involvement in the interview, which was carried out by professional interrogators. Their job was to get the participants to tell them about the student’s involvement in the incident, even though they had been incentivised not to do so.

We made use of framing, a cognitive bias where people decide on options based on whether outcomes are presented as losses or gains. The idea, which comes from prospect theory, was originally designed for use in aviation security. The approach has now been carefully modified for human intelligence gathering by framing persuasive messages.

Our interrogators sought to build a rapport with the interviewees. They positively framed the moral rationale as to why participants should provide details about what had happened, so that yielding information became a moral win (though a financial loss). For example, they were told that it is not right to lie or withhold, and that justice won’t be done unless the interrogators know all the details. This was repeated throughout the mock interrogation and again immediately before any request for information.

We sought verbal agreement at various points in the interview that providing detail was “right” and “proper”. Where participants agreed, information followed, where they didn’t it led to a conversation about why it wasn’t right and proper.

The approach is not a quick fix—this type of interrogation takes time and perseverance and relies on mutual understanding of expectations and viewpoints. It requires interrogators to be smart and adaptive, rather than threatening, aggressive and violent.

We did this experiment several times in a period spanning 24 months and discovered that over 65% of the mock detainee participants ended up yielding target information during the interrogation.

The challenge now in developing non-coercive methods is to sell the idea to professionals. Torture, be it physical or psychological, may yield confessions, but they are usually unreliable. Ethical intelligence, on the other hand, may lead to more reliable results, but it requires interrogators to work cooperatively with a detainee. A caveat of course is that our technique has only been tested in rather benign circumstances—and it is hard to know whether it would be as effective when dealing with radicalised people.