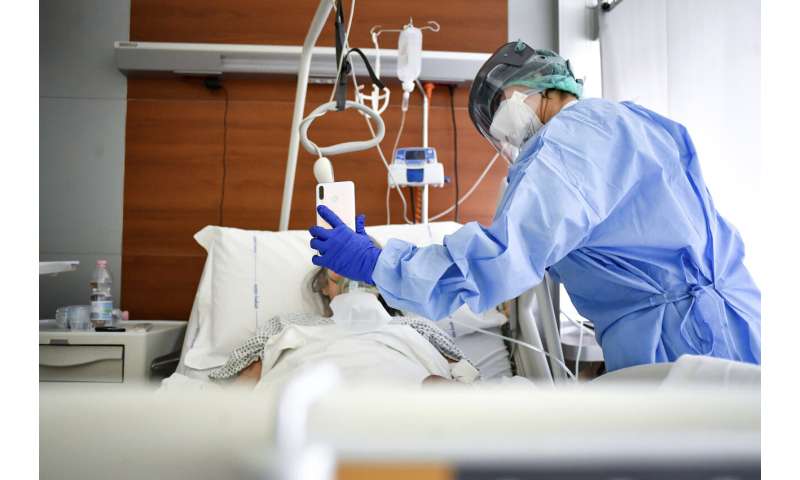 With coronavirus deaths climbing rapidly in New York, the governor announced Friday he will use his authority to take ventilators and protective gear from private hospitals and companies that aren’t using them, complaining that states are competing against each other for vital equipment in eBay-like bidding wars.

“If they want to sue me for borrowing their excess ventilators to save lives, let them sue me,” Gov. Andrew Cuomo said.

The executive order he said he would sign represents one of the most aggressive efforts yet in the U.S. to deal with the kind of critical shortages around the world that authorities say have caused health care workers to fall sick and forced doctors in Europe to make life-or-death decisions about which patients get a breathing machine.

The number of the people infected in the U.S. reached a quarter-million and the death toll climbed past 6,000, with New York state alone accounting for more than 2,900, a surge of over 560 dead in just one day. Most of the dead are in New York City, where hospitals are being pushed to the breaking point.

The move by Cuomo came as the outbreak snapped the United States’ record-breaking hiring streak of nearly 10 years. The U.S. government said employers slashed over 700.000 jobs in March, bringing a swift end to the nation’s 50-year-low unemployment rate.

The true picture, though, is far worse, because the government figures do not include the last two weeks, when nearly 10 million thrown-out-of-work Americans applied for unemployment benefits. 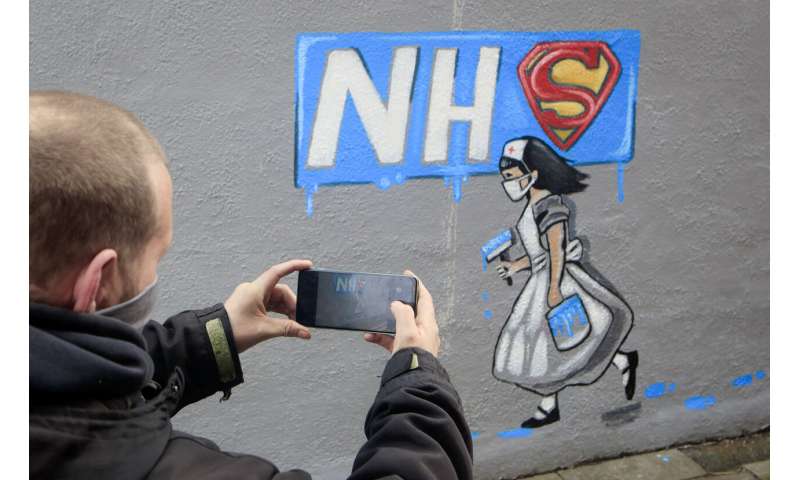 Worldwide, confirmed infections surged past 1 million and deaths topped 54,000, according to a tally by Johns Hopkins University. Experts say both numbers are seriously undercounted because of the lack of testing, mild cases that were missed and governments that are underplaying the extent of the crisis.

Europe’s three worst-hit countries—Italy, Spain and France—surpassed 30,000 dead, or over half of the global toll. From those countries, the view remained almost unrelentingly grim, a frightening portent for places like New York, the epicenter of the U.S. outbreak, where bodies are being loaded by forklift into refrigerated trucks outside hospitals.

Shortages of critical equipment have led to fierce competition among buyers from Europe, the U.S. and elsewhere. A regional leader in Paris described the scramble to find masks a “worldwide treasure hunt.” Cuomo warned this week that New York could run out of ventilators in six days. 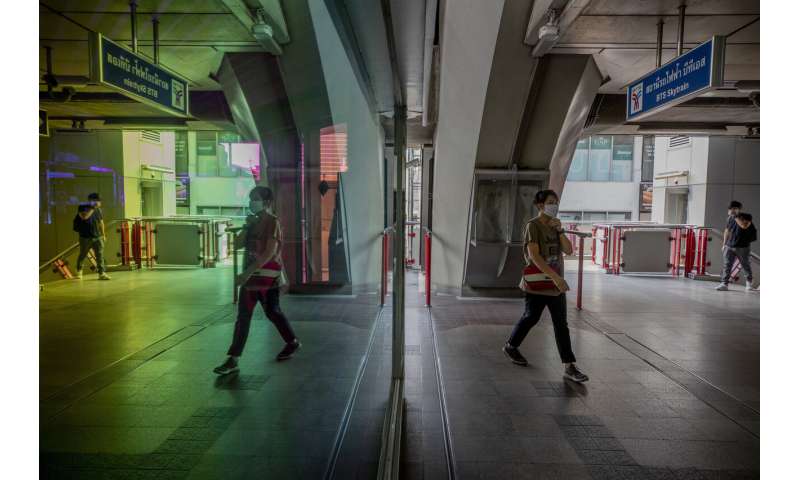 In Florida, hundreds of passengers on a cruise ship where four people died were finally being allowed to disembark after a days-long standoff. More than a dozen critically ill patients were taken to hospitals, while people healthy enough to travel were taken to the airport for chartered flights home.

One Spanish hospital turned its library into an intensive care unit. In France, space was set aside for bodies in a vast food market. The French prime minister said he is “fighting hour by hour” to ward off shortages of essential drugs used to keep COVID-19 patients alive.

Philippe Montravers, an anesthesiologist in Paris, said medics are preparing to fall back on older drugs such as the opiates fetanyl and morphine that had fallen out of favor, because newer painkillers are in short supply.

“The work is extremely tough and heavy,” he said. “We’ve had doctors, nurses, caregivers who got sick, infected … but who have come back after recovering. It’s a bit like those World War I soldiers who were injured and came back to fight.” 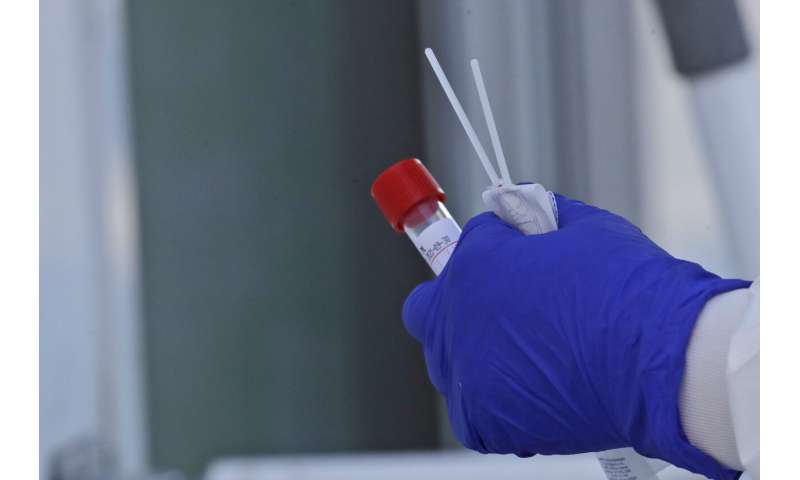 France canceled its high-school exit exam known as the Baccalaureat, a first in the 212-year history of the test.

Some glimmers of hope emerged that Italy, with nearly 14,000 dead, as well as Spain and France might be flattening their infection curves and nearing or even passing their peaks in daily deaths.

Spain on Friday reported 932 new deaths, down slightly from the record it hit a day earlier. The carnage most certainly included large numbers of elderly who authorities admit are not getting access to the country’s limited breathing machines, which are being used first on healthier, younger patients. More than half of Spain’s nearly 11,000 deaths have come in the last seven days alone.

In a vast exhibition center in Madrid that was hastily converted into a 1,300-bed field hospital, bed No. 01.30 held patient Esteban Pinaredo, age 87. 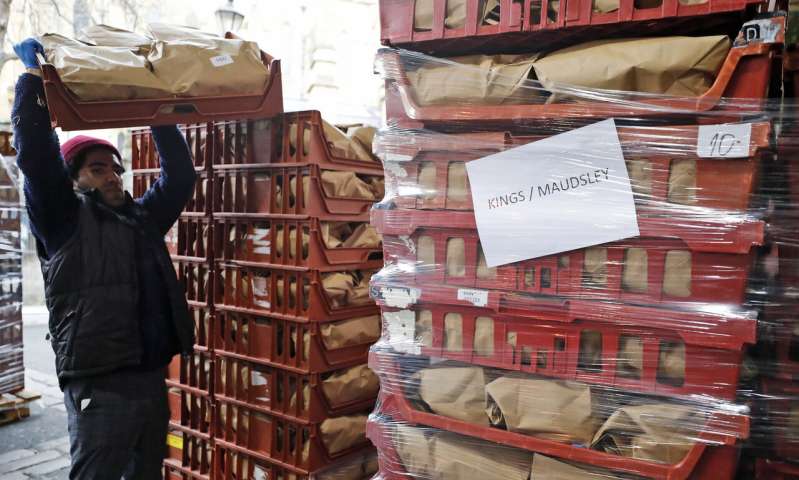 “I’m good, I love you,” Pinaredo told his family via Skype. “I will run away as soon as I can.”

“Otherwise, this is what you are facing,” he said, pointing at the rows of beds.

Elsewhere in Europe, officials began talking tentatively about how to lift lockdowns that have staved off the total collapse of strained health systems but also battered economies.

Austria said it will set out a timetable next week for what could be “a slow startup” of closed parts of the economy. The head of Germany’s national disease control center said he expects that any easing of the country’s lockdown, which this week was extended to April 19, will be staggered.

With forecast glorious spring weather likely to tempt stir-crazy families out of lockdown this weekend, the firm message across the continent remained: “Stay home.” 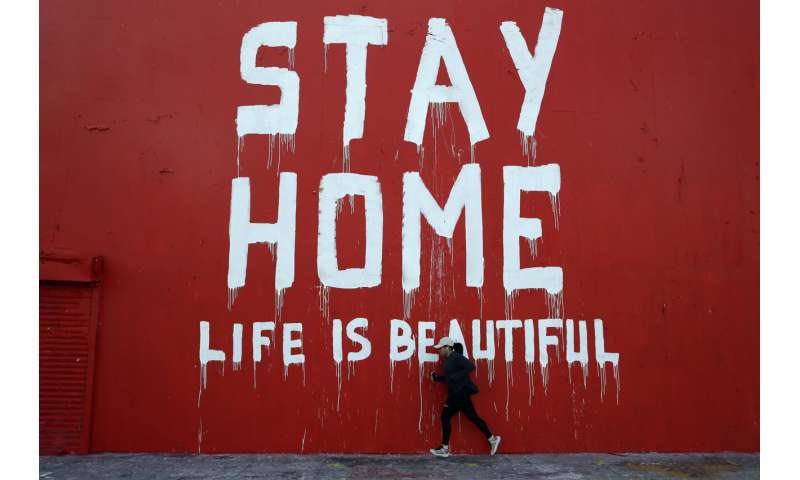 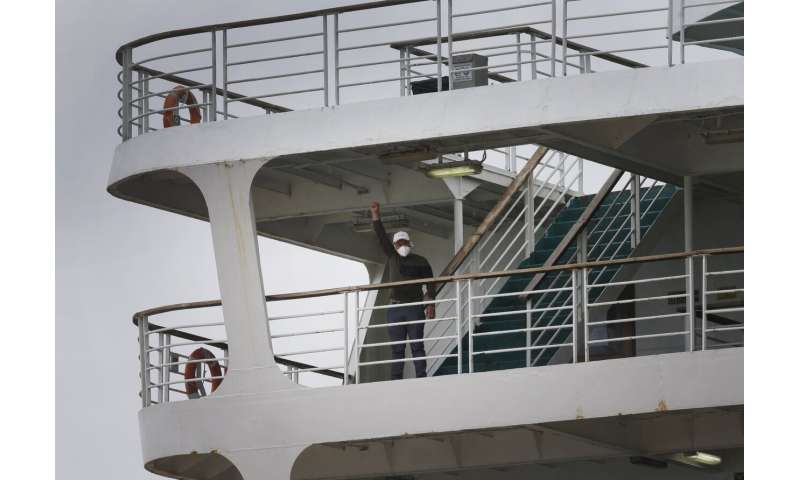 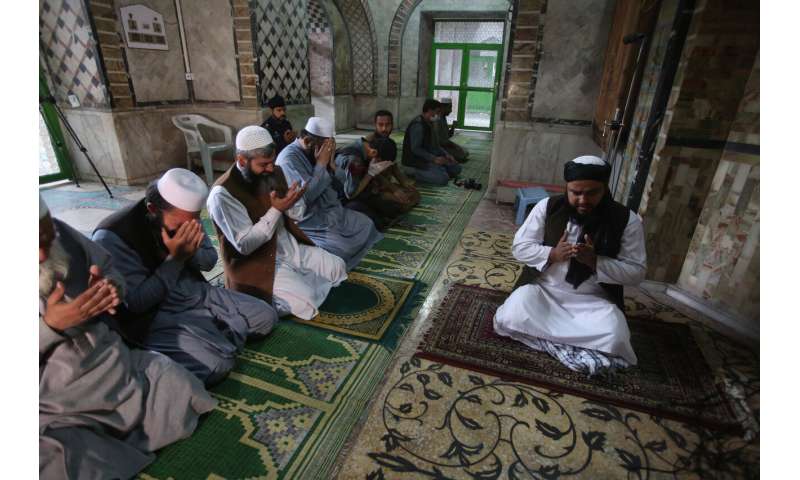 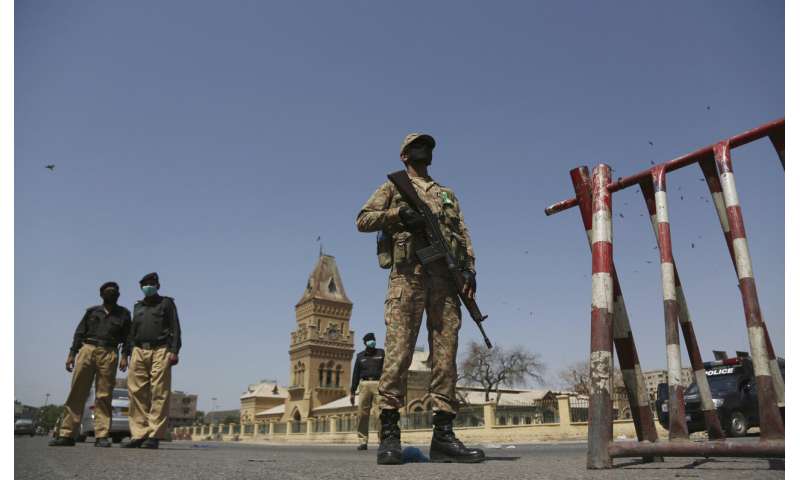 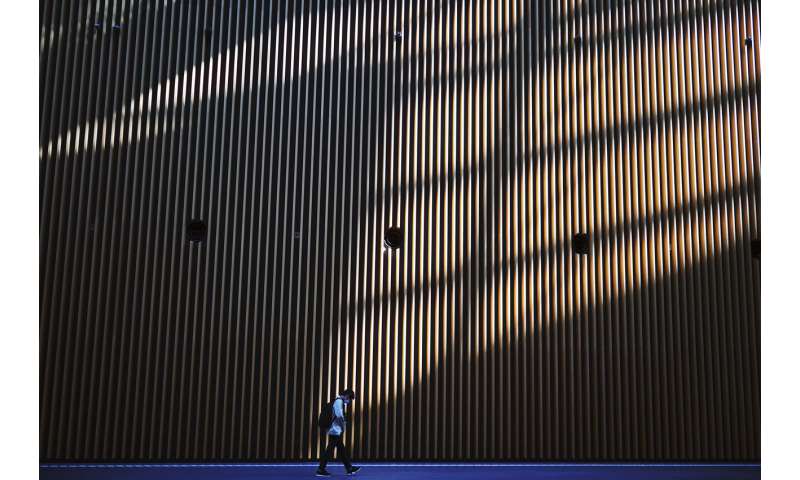 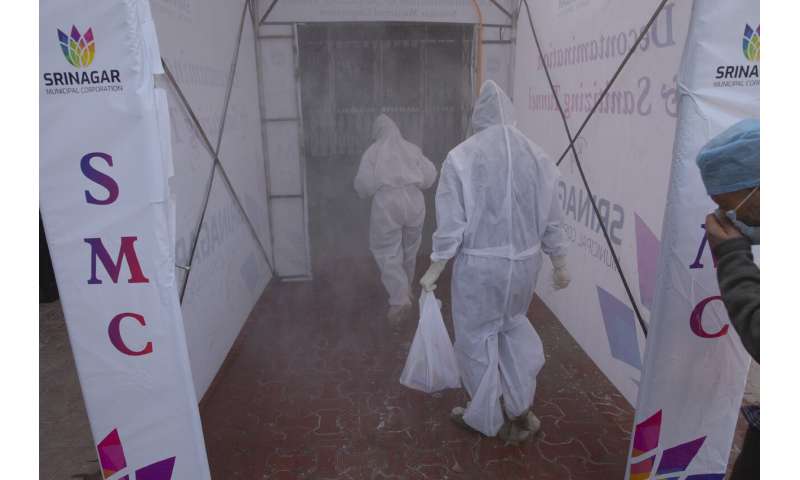 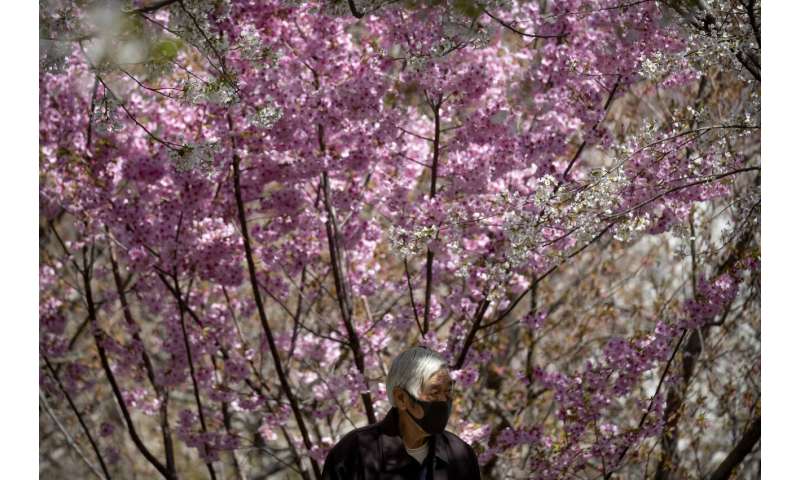 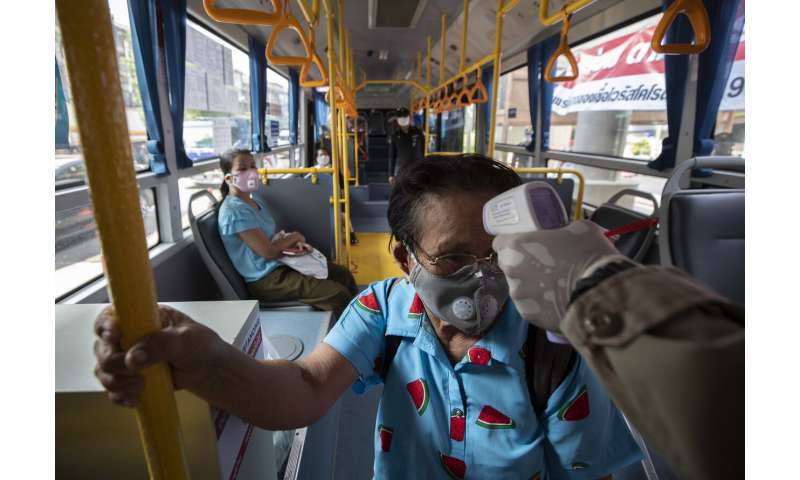 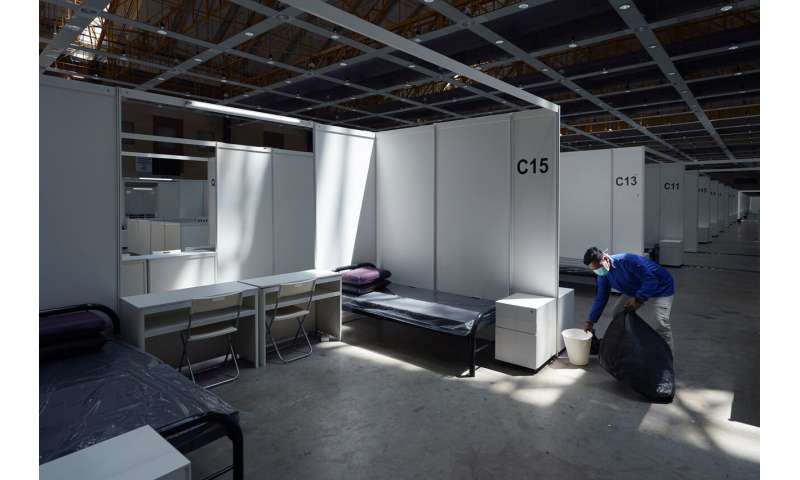 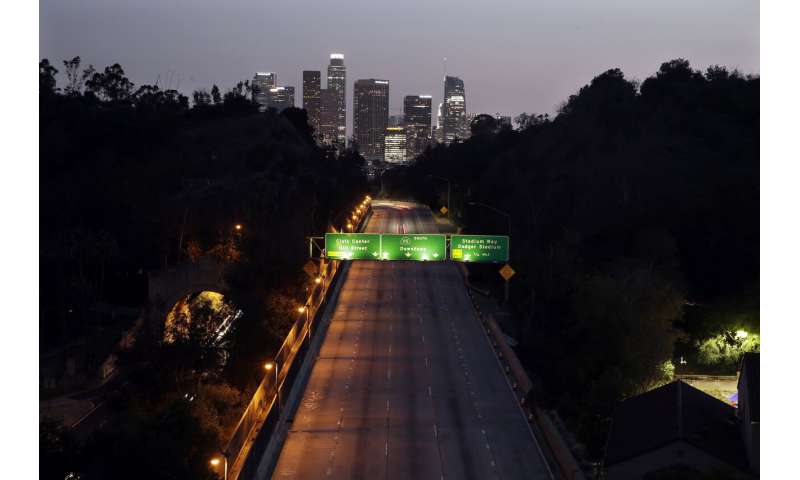 Paris police set up roadblocks out of the city to stop those trying to escape for Easter vacation.

In Britain, which locked down later than its European neighbors, the infection peak is still ahead, threatening the National Health Service with the biggest test in its 72-year history after austerity cuts that have strained the institution and its promise of quality care for all. Meanwhile, British Prime Minister Boris Johnson, who tested positive last week, said in a video message on Twitter that he is feeling better but still has a fever and will remain in isolation.