Spinal muscular atrophy (SMA) is a genetic disorder which results in a range of diseases characterized by muscular weakness. 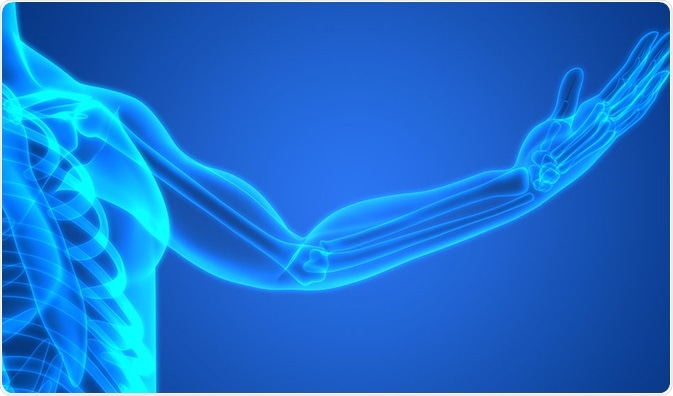 The most common type of SMA is proximal spinal muscular atrophy. The condition has been recognized for more than a hundred years, buts its genetic origin means that it was previously considered to be incurable.

Supportive care is important in prolonging the lifespan in SMA patients, especially those with severe motor neuron loss. The problems in such patients include:

The guidelines for treating this condition have been codified in a document published in 2007 (Wang et al., 2007).

Most patients with severe SMA die early as a result of respiratory failure; therefore, there is a need for pediatric lung specialists with expertise in neuromuscular conditions in children.

In type 1 and one in three type II SMA cases, noninvasive ventilatory support helps improve and prolong life, such as by positive airway pressure, overnight oximetric monitoring during bouts of illness to reduce the risk of mucus plugging the airway, leading to hypoxemia and chest infections.

Suctioning should be applied when needed to clear the airways. Antibiotics should be prescribed early in acute illness, whether related to the lungs or not, to reduce the risk of pneumonia and its sequelae in these babies. Education and prophylaxis against acute illness is helpful.

It is necessary to understand that this type of ventilatory assistance will eventually prove inadequate, which is when  further decisions must be taken regarding whether to implement a full-time ventilator with a tracheostomy in place, on a case-to-case basis. This is not the case in many type II and III patients, who can continue with this management long-term with routine pulmonary and cough monitoring.

These are also often seen in non-ambulant SMA patients of type II and higher. This may require tailoring meal consistency, early surgical treatment in infants while they are still healthy, and careful dietary planning to avoid malnutrition and obesity later on in life due to low energy expenditure, as well as adequate mineral intake for bone density.

Stretching and bracing of limbs can prevent contractures in non-ambulant SMA patients. Wheelchair use may become essential for normal living. Physical therapy including swimming, and aquatherapy, may help strengthen muscles, while environmental modifications are needed to help the patient achieve as much independence as possible.

Scoliosis in this group is universal and should be detected and treated early to prevent restrictive lung disease. However, it should be chosen carefully in ambulant patients since it may cause loss of mobility in a few of them.

The initial studies in SMA were limited by the lack of etiological knowledge, and focused on pharmacological treatment that had succeeded in mitigating the symptoms of other muscle diseases such as muscular dystrophy. The uncovering of the role of the SMN protein helped scientists to focus on more specific therapies such as:

This approach consists of increasing SMN2 expression by medication or gene therapy. It increasesand the amount of full-length SMN mRNA transcribed and therefore the amount of useful SMN protein produced. Molecules that have been tested with little success include histone deacetylase inhibitors (HDAC inhibitors such valproic acid and sodium butyrate), aminoglycosides, and quinazolone compounds which increased full-length SMN transcription in mouse models but not in human clinical trials.

Anti-sense oligonucleotide (ASO) therapy is used to increase the rate of inclusion of exon 7 into the mRNA transcripts of SMN2. These are RNA sequences which bind the complementary sequences in an intron or exon of interest to regulate splicing. Examples include ASOs designed to block the intron 7 intronic splicing silencer N1 in SMN2, an ASO which blocks the intronic repressor Element 1, and one which targets the junction of intron 7 and exon 8 but also increases the activity of hnRNP-A1 (preventing exon 8 inclusion whilst increasing exon 7 inclusion).

A trans-splicing RNA (ts-RNA) molecule consisting of a synthetic mRNA from which the mutated region has been removed can also be used to stimulate production of more of the full-length transcript.

This makes use of vectors such as was demonstrated by the adenovirus-associated viral vector serotype 9 (scAAV9) in baby mice which increased SMN1 expression by 60% and increased their lifespan to over 400 days. Time is of the essence in these therapies as early institution of such treatment is essential for normalizing the health of the motor neurons, before the critical point when they are doomed to undergo apoptosis.

Stem cells may be introduced to replace the affected motor action units, but its application is yet to be explored. Various types of pluripotent stem cells are being tested, including one produced from patient fibroblasts which could ensure immunologic and genetic compatibility.

These approaches are now almost ready for human clinical trials and may make the specific treatment of this condition a reality in the future.