Dementia is not a single disease; rather, it encompasses a spectrum of symptoms associated with a decline in memory. Dementia is characterized by impairment in memory, thinking, communication, learning, orientation, behavior, comprehension, and judgment. 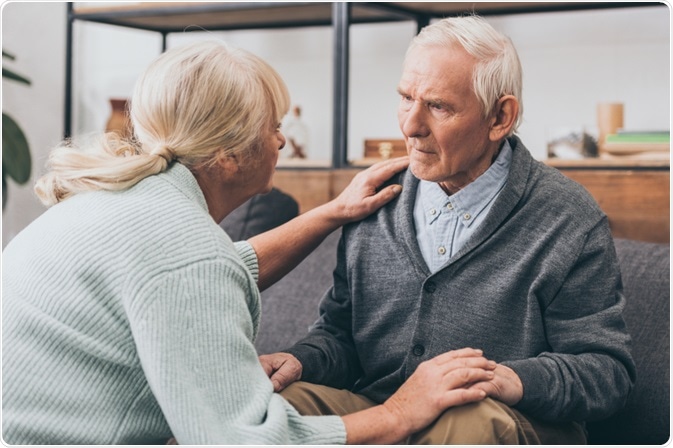 Dementia is a significant cause of disability in people over 65, and its incidence increases with increased age. As per the World Health Organization (WHO), nearly 50 million people have dementia, and a whopping 10 million new cases are added every year.

Dementia is caused by damage to the neurons or brain cells. Damage to brain cells blocks the passage of various nerve impulses or messages, and thus leads to impairment of communication between the cells, and results in functional abnormality. These abnormalities present as the various symptoms associated with dementia.

Dementia in the elderly is associated with severe neurodegeneration of the brain. The most common forms of dementia are Alzheimer's disease and vascular dementia, together, which account for 70-95% of dementia cases.

Dementia increases disability and dependency in the elderly. There are no effective pharmacological interventions to treat dementia; however, some recent evidence suggests that lifestyle factors, such as physical activity (PA), could decrease the risk of some forms of dementia.

What is the role of physical activity in dementia?

Regular exercise can positively influence cognitive ability, reduce the rate of cognitive aging, and reduce the risk of Alzheimer's disease (AD) and other dementias.

As per a Lancet article published in 2016, regular physical activity can prevent around 300,000 cases of dementia per year, worldwide. The various mechanisms postulated for the protective effects of physical activity are as follows: 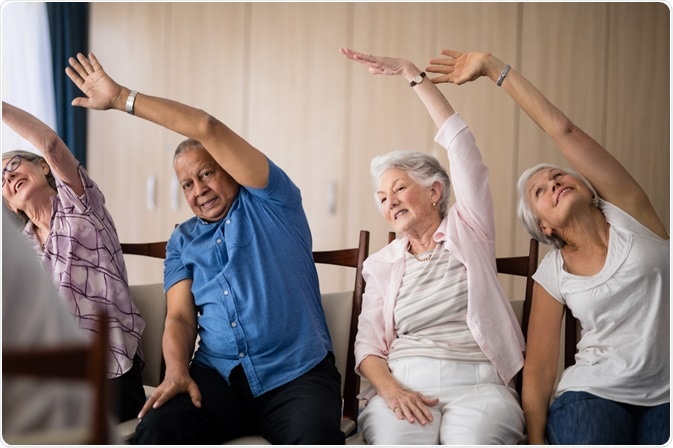 Increasing blood flow to the brain

The increased vascularization of the brain, as well as the regular increases in blood flow, may reduce the risks of mild cognitive impairment (MCI) and AD, by nourishing more brain cells and helping to remove metabolic waste or AD-inducing amyloid-β (Aβ) protein.

Physical activity promotes cardiovascular and metabolic health and reduces the risk of neurodegeneration or deterioration of neuronal structures in the elderly.

Hypertension is a major risk factor for AD, and strokes can aggravate the symptoms of dementia; hence, lowering blood pressure in persons with hypertension is essential, irrespective of a person's cognitive impairment level. Including low-intensity physical activity for half an hour, three to six times a week can help lower blood pressure in older people.

The association of depression and dementia is well established. Physical activity can help to treat and prevent depression and reduces the risk of cognitive disorders AD and MCI. Evidence suggests that physically active people have a lower chance of developing depression and anxiety.

Walking for at least 150 min every week is associated with a lower incidence of insomnia symptoms.

The potential mechanism by which sleep lowers the risk of AD is by clearing metabolic waste and Aβ in the brain. The accumulation of Aβ leads to plaques that cause AD.

Incorporating moderate physical activity improves both physical and mental in the elderly and hence should be encouraged. Physical activities such as aerobic exercise, resistance training, and different motion exercises are associated with cognitive benefits and improvement in the quality of life.