A growing family! Ricky Martin and his husband, Jwan Yosef, revealed on Tuesday, October 29, that they have welcomed their fourth child together.

Martin, 47, and Yosef, 35, posed for a shot posted to the singer’s Instagram, which featured the bottom half of their smiling faces. The two-time Grammy winner was also shown holding their newborn son. 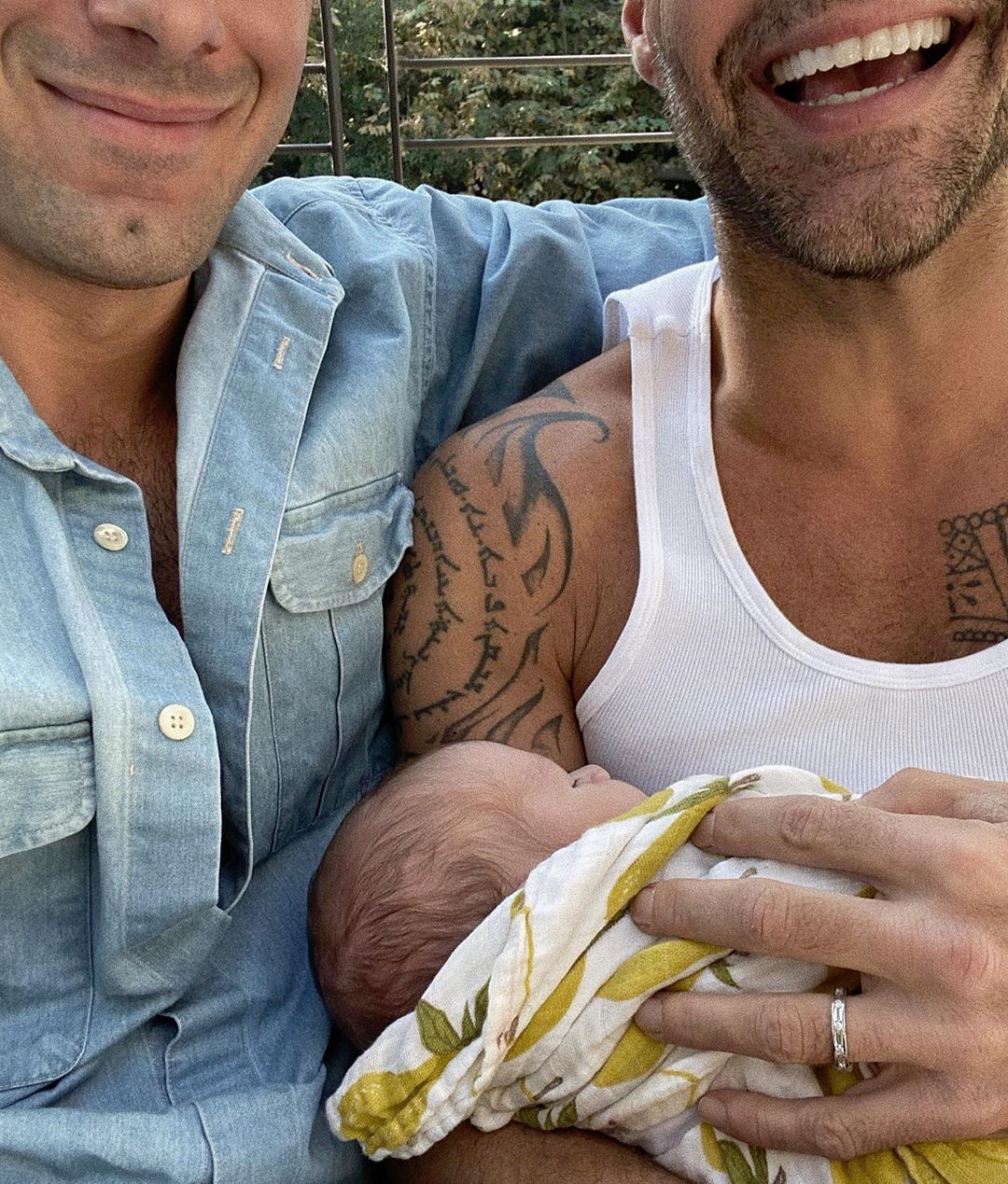 Yosef, for his part, shared the same snap to his Instagram page. “Renn Martin-Yosef, our baby boy is here ❤️ #Elbebéhanacido,” he wrote.

Renn is the couple’s fourth child after twin sons Matteo and Valentino, 11, and daughter, Lucia, 10 months.

A month before Renn’s arrival, Martin revealed that he and Yosef, who wed in 2017, were gearing up to become a family of six. He shared the news while accepting an award for his work within the LGBTQIA community at the Human Rights Campaign National Dinner in Washington D.C. last month.

“My family’s here,” he said on September 28. “My husband Jwan, I love you, my beautiful twins, Valentino and Matteo, they’re also here, I love you with all my heart. You’re my strength, you inspire me every day, you motivate me to keep doing what I’m doing and you guys are amazing kids. You guys are amazing. I love you.”

Martin then added, “And by the way, I have to announce that we are pregnant. We are waiting. I love big families.”

Speaking with Ocean Drive magazine in 2017, the “Livin’ la Vida Loca” crooner opened up about how much he enjoys being a dad. At the time, he noted: “First and foremost, I am a father.”

“My role as a father is one that I’m obsessed with,” he told the publication. “Every decision I make in my career or in my personal life is based on the well-being of my kids.”

Martin told Us Weekly last year that marriage is  “so freaking cool.”