The potential adversity of screen time on a child’s development has become a concern in the modern world. Recent studies have shown that a substantial amount of on-screen exposure can cause developmental delays in young children. 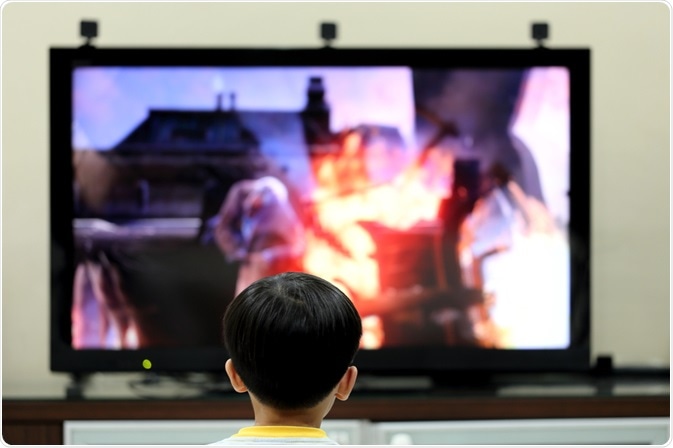 Why is excessive screen time detrimental?

According to scientific literature, about 1 in 4 school-going children suffer from developmental delays/deficits, such as difficulty communication, language problem, impaired motor skills, and emotional deficit. Excessive screen time is considered as one of the crucial risk factors that can potentially hamper the early developmental processes in children.

Such developmental delays can significantly impact the learning process, as well as serve as a barrier to a child’s academic success. According to the American Academy of Pediatrics, screen time should be restricted to less than 1 hour per day for a child of 2 – 5 years of age. Likewise, it is important to avoid screen time for a child who is younger than 18 months.

However, in the United States, about 98% of children aged 0 – 8 years spend more than 2 hours/day on screens.

A recent study by the National Institutes of Health has shown that children spending approximately 2 hours on screens have lower thinking/reasoning power and language processing ability. Moreover, the study has found that the brain area (cortex) responsible for reasoning and critical thinking becomes thinner in children who spend more than 7 hours on screens.

The study has also found that exposure to screens and performance quality are influenced by several factors, such as economic status of the family, maternal depression, child’s sleep pattern, child’s gender, child’s reading exposure, and child’s physical activity level.

How does screen time affect a child’s overall development?

Physical, behavioral, emotional, and cognitive developments occur very rapidly in young children, especially those under the age of 3 years. Generally, children learn from their surrounding environment by observing the activities of adults, especially their parents.

Excessive screen time can significantly limit a child’s opportunity to experience the distinctive day-to-day activities, which can cause narrowing of their general interests regarding off-screen matters/facts.

In other words, a child who is extensively exposed to the virtual world on screens generally spares less time for playing, exercising, or interacting with friends and family in real life. This can significantly impact a child’s overall growth and maturation.

According to studies, children who are maximally engaged on screens usually show lower concentration/attention level and perform less well in reading tasks.

Importantly, too much exposure to the blue light on screen can cause sleep deprivation by inhibiting the secretion of the sleep hormone, melatonin.

This can subsequently hamper the cognitive development of a child. According to studies, infants aged 6 – 12 months can experience sleep disturbance at night if exposed to screens extensively in the evening.

Excessive screen time can modulate a child’s emotional behaviors in many ways. Too much reliance on digital media can hold back their imagination power and motivational level. Because of the increased screen addiction, children cannot often be entertained by nearby people, which at some point can cause frustration, anxiety, and impulsive behaviors.

Additionally, too much screen exposure can reduce a child’s ability to read facial expressions and learn social skills, which can impact the child’s overall empathy level.

Unlike reading a book wherein a child gets enough time to process the meaning of words or images, the continuous involvement

in fast-moving videos or images on-screen can negatively impact the concentration and attention level of a child.

How can adults limit a child’s screen time?

Certain measures can be taken to prevent a child from excessive screen time. For example, in specific circumstances where screen time is unavoidable, parents are advised to watch the on-screen shows along with their children, as well as to interact with the children about the content of the shows.

In this way, children can get the benefits of face-to-face interactions while spending time on screens.

It is important to select on-screen programs wisely. Studies show that some high-quality educational programs, as well as interactive media, can be beneficial in terms of improving the academic skills of preschool children.

Another important thing is to set a balance between online and offline time. Exposure to screens must be prohibited while spending time with family, or during mealtime and bedtime. Because children imitate the activities of nearby adults, parents should restrict their own screen time to set an example.