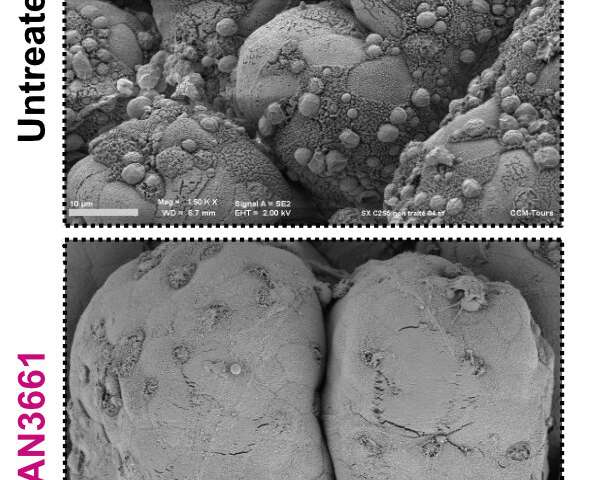 Developed countries and resource-poor nations alike report Cryptosporidium infections but doctors in nations rich and poor are stymied in efforts to effectively treat it in extremely vulnerable patients—particularly babies—for whom the condition can turn deadly.

Cryptosporidium is a microscopic one-celled parasite—a protozoan—that invades the small intestine and triggers bouts of watery diarrhea. The infection is called cryptosporidiosis. It not only is tough to treat, but tough to fight. Both species that cause human infections, Cryptosporidium parvum and Cryptosporidium hominis, are extremely resistant to chlorine-based water disinfectants.

Infections have been on the rise in recent years worldwide and currently rank as the second-leading cause of diarrhea globally behind rotavirus infections, according to the World Health Organization.

As a possible “next-gen” treatment scientists in France are investigating a derivative of compounds called the benzoxaboroles, which are boron-containing chemicals. These compounds, as it turns out, have potent, broad-spectrum antimicrobial activity.

A series of studies conducted by a consortium of investigators from throughout France has shown that a benzoxaborole derivative, known as oxaborole AN3661, selectively blocked Cryptosporidium growth in human cell lines and mouse models. 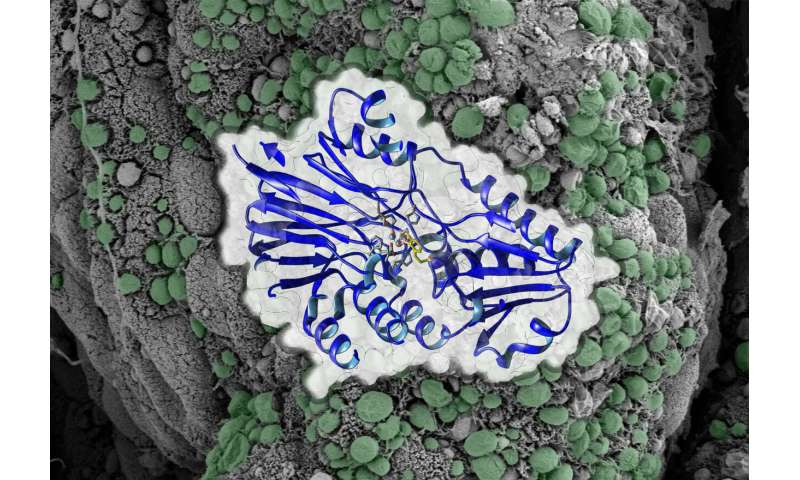 The team, led by Dr. Mohamed-Ali Hakimi of the Institute for Advanced Biosciences at Inserm in Paris, has further discovered that oxaborole AN3661 delivers its knock-out punch to the parasite by inhibiting its pre-messenger RNA processing.

“Cryptosporidium is an intestinal pathogen that causes severe but self-limiting diarrhea in healthy humans, yet it can turn into a life-threatening, unrelenting infection in immunocompromised patients and young children,” Hakimi wrote in the journal Science Translational Medicine.

“Our data provide insights that may help accelerate the development of next-generation anti-Cryptosporidium therapeutics,” Hakimi reported.

The standard-of-care for cryptosporidiosis is a drug by the name of nitazoxanide. But it has limited efficacy in very sick babies, patients who are HIV-positive and people who are immuno-suppressed, such as organ transplant recipients, Hakimi and colleagues say.

Although rotavirus is the leading cause of diarrheal infections around the world, a vaccine exists to prevent it. There is no vaccine for Cryptosporidium. 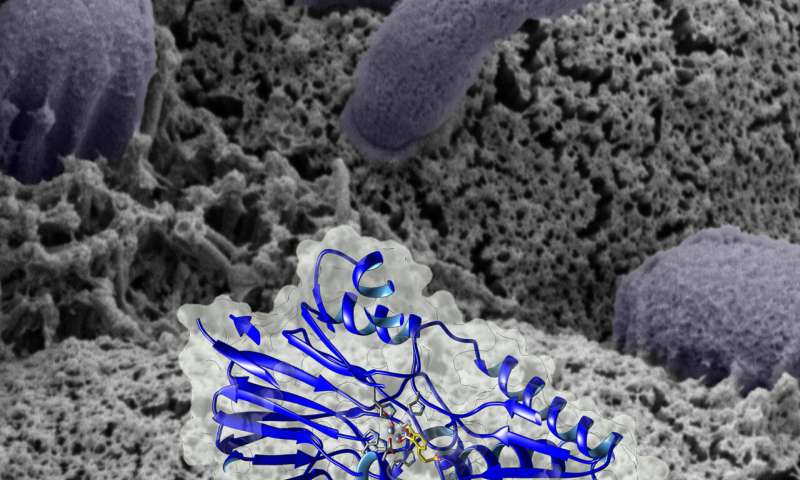 It is hoped by the scientists in France, who hail from multiple institutions throughout the country, that oxaborole AN3661 will become an important choice for doctors in the not-too-distant future.

Evidence has been building in favor of the benzoxaboroles to plug a critical gap for another important reason. Drug after drug has become useless in an era of increasingly resistant superbugs of all kinds. In addition to the research underway by Hakimi and his team in France, the benzoxaboroles are being studied by scientists worldwide as possible antimicrobials to treat a diverse range of pathogens, many of them multi-drug resistant.

While a benzoxaborole derivative has shown antiparasitic efficacy, as Hakimi and his colleagues have found, other derivatives from the drug class have exhibited antifungal, antibacterial and antiviral activity. The boron-containing compounds additionally have powerful anti-inflammatory efficacy as well, Hakimi and his team reported.

Cryptosporidium infection occurs when people come in contact with fecal matter from an infected person or animal, often through contaminated water or food.

Public health officials caution swimmers not to swallow water while in pools, recreational water parks or in natural bodies of water, such as lakes, streams and ponds. The organism is very hardy, experts say. 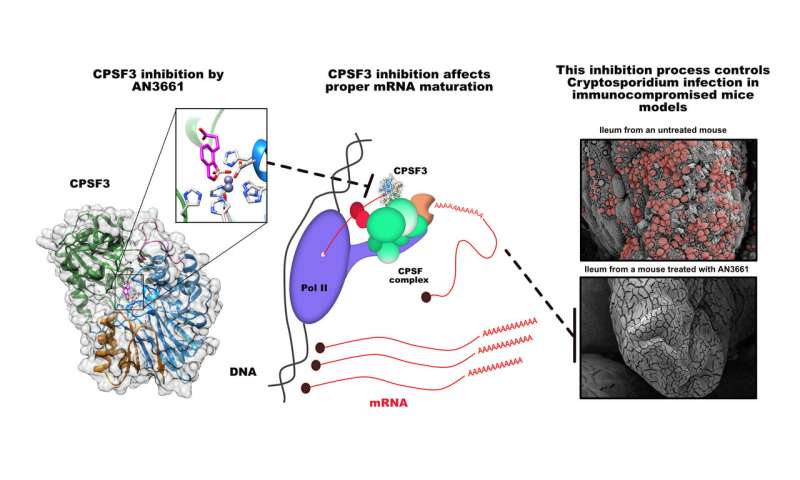 Its high tolerance for chlorine allows it to remain viable in swimming pools for extended periods, according to the U.S. Centers for Disease Control and Prevention.

Cases have been reported in recent weeks in Sweden where public health authorities say infection rates tend to rise in November. Swedish officials estimate about half of the country’s regions have reported cases. People of all ages are said to have become infected, but the majority of cases involve adults. The Stockholm area has had the largest concentration of cases, Swedish health officials say.

Diarrheal diseases account for one in nine childhood deaths worldwide with most of those deaths occurring in underdeveloped countries. That statistic translates into 2,195 children dying daily worldwide of a diarrhea-related illness, according to WHO.

The lack of options for doctors treating cryptosporidiosis has become glaringly acute, according to the researchers in France.