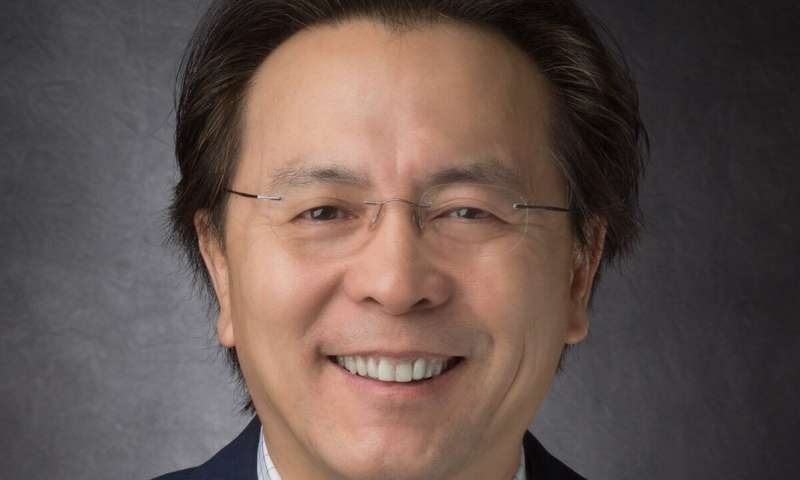 A one-year follow-up study led by The University of Texas MD Anderson Cancer Center revealed a majority of patients with mantle cell lymphoma resistant to prior therapies may benefit from treatment with CD19-targeting chimeric antigen receptor (CAR) T-cell therapy. Findings were presented Dec. 9 at the 61st American Society of Hematology Annual Meeting & Exposition in Orlando, Fla.

The multi-center, Phase II study reported that 93% of patients responded to the CAR T-cell therapy, with 67% achieving a complete response. Forty-three percent of the first 28 patients treated are still in remission over two years later.

In CAR T-cell therapy, patients’ T cells are extracted through a process called leukapheresis and genetically reengineered with CAR molecules that help T cells attack cancer cells. The reengineered T cells are infused back into the patient.

“Outcomes for patients whose disease progresses following initial treatments is poor,” said Michael Wang, M.D., professor of Lymphoma & Myeloma. “Our study demonstrated significant and durable clinical benefit for patients with relapsed or refractory mantle cell lymphoma for which there are no curative treatment options.”

Patients whose disease progresses despite treatment with the standard therapy, Bruton’s tyrosine kinase inhibitor (BTKi) agents, generally do not live past six months, and few patients qualify to proceed to an allogeneic stem cell transplant.

In this study, the patients’ median age was 65 years, and 84% were male. More than 80% of the patients had stage IV disease, with half diagnosed as intermediate to high-risk.

The study reported Grade 3 side effects, with the most common being anemia and low platelet count. The majority of patients experienced cytokine release syndrome, a common side effect of CAR T-cell therapy, but the syndrome was effectively managed in all patients.