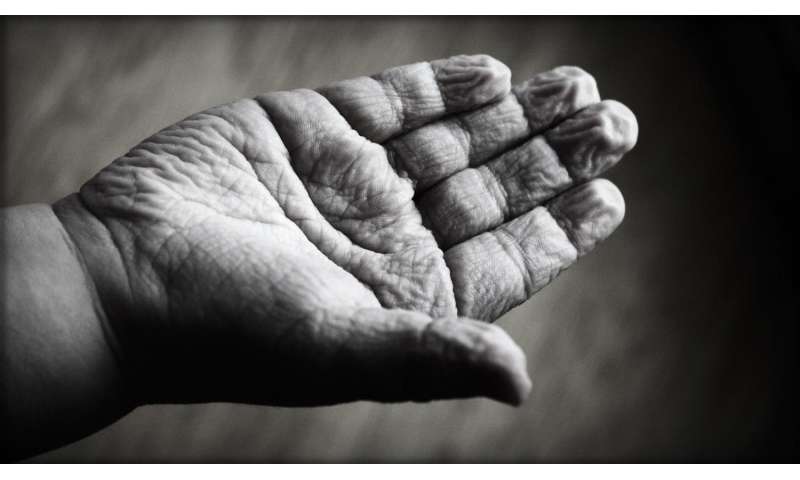 That question could gain new meaning, thanks to scientists who’ve categorized how humans age into different classes dubbed “ageotypes,” reports a new study from the Stanford University School of Medicine.

“We know already there are a handful of nice molecular and clinical markers, such as high cholesterol, that are more common in older populations,” said Michael Snyder, Ph.D., professor and chair of genetics. “But we want to know more about aging than what can be learned from population averages. What happens to an individual as they age? No one has ever looked at the same person in detail over time.”

Now, Snyder and his team have done just that: They profiled a group of 43 healthy men and women between the ages of 34 and 68, taking extensive measurements of their molecular biology at least five times over two years.

The researchers determined that people generally age along certain biological pathways in the body: metabolic, immune, hepatic (liver) and nephrotic (kidney). People who are metabolic agers, for example, might be at a higher risk for diabetes or show signs of elevated hemoglobin A1c, a measure of blood-sugar levels, as they grow older. People with an immune ageotype, on the other hand, might generate higher levels of inflammatory markers or be more prone to immune-related diseases as they age. But the ageotypes are not mutually exclusive, and a metabolic ager could also be an immune ager, for example.

Using blood, stool and other biological samples, the study tracked levels of certain microbes and biological molecules, such as proteins, metabolites and lipids, in participants over two years, monitoring how the levels changed over time.

“Our study captures a much more comprehensive view of how we age by studying a broad range of molecules and taking multiple samples across years from each participant,” Snyder said. “We’re able to see clear patterns of how individuals experience aging on a molecular level, and there’s quite a bit of difference.” Differences not only in the ways one ages, but the rates at which one ages. Perhaps the most important thing, he said, is that the study’s measurements were taken during an actionable timeframe—two years—making it possible for someone to counteract increased markers of aging by changing their behavior.

“The ageotype is more than a label; it can help individuals zero in on health-risk factors and find the areas in which they’re most likely to encounter problems down the line,” Snyder said. “Most importantly, our study shows that it’s possible to change the way you age for the better. We’re starting to understand how that happens with behavior, but we’ll need more participants and more measurements over time to fully flesh it out.”

Four of a kind

Just because an individual falls into one or more of the four ageotypes—metabolic, immune, hepatic and nephrotic—doesn’t mean that they’re not also aging along the other biological pathways, Snyder said. The ageotype signifies the pathways in which increases in aging biomarkers are most pronounced.

The study also looked at differences in aging between healthy participants and participants who are insulin-resistant, or cannot properly process sugar. “The differences in aging between healthy and insulin-resistant folks is something that’s never been looked at before,” Snyder said. “Overall, we found there were about 10 molecules that significantly differed between insulin-sensitive and insulin-resistant folks as they aged.” Many of those markers were involved in immune function and inflammation.

Perhaps most exciting—and surprising—is that not everyone in the study showed an increase in ageotype markers over time. In some people, their markers decreased, at least for a short period, when they changed their behavior. They were not Benjamin Buttons—that is, they still aged—but the overall rate at which they did so declined, and in some cases aging markers decreased. In fact, the team saw this phenomenon occur in a handful of important clinical molecules, including hemoglobin A1c and creatine, a marker for kidney function, among a small subset of participants.

In that subset, Snyder said, there were individuals who made lifestyle changes to slow their aging rate. Among those who exhibited decreased levels of hemoglobin A1c, many had lost weight, and one made dietary changes. Some who saw a decrease in creatine, indicating improved kidney function, were taking statins. In other cases, exactly why rates of aging markers waned was unclear. For some people, there were no obvious behavioral changes, yet the team still saw a decreased rate of aging along their ageotype pathways. There was also a handful of people that maintained a slower-than-average aging rate throughout the entire study. How or why is still a mystery.