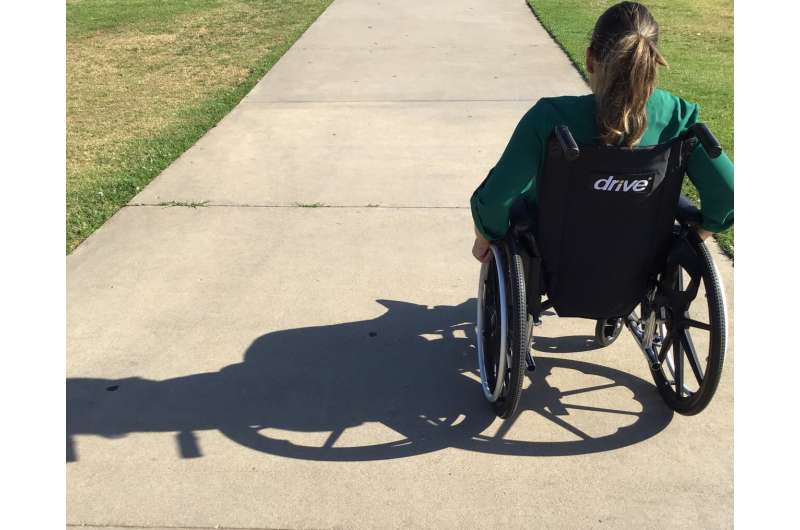 The abuse began with seemingly small insults: If she could do more around the house, he’d be happier. If she weren’t disabled, their sex would be better.

Then came the threats. He’d take the children away. He’d tell her to kill herself. He said he’d kill her. “I can kill you right now,” he said, “and there’s nothing you can do about it.”

“It just kept escalating,” said the woman, who, where buy sildenafil teva for her safety, asked that her name not be used. “At first, I did anything I could to get him to stay, because I was afraid of not having anyone love me, was ashamed and embarrassed, and blamed myself a lot. He used the chair against me, said I would not be capable of raising the kids.”

About 12% of American women of reproductive age—roughly 1 million—live with at least one physical or cognitive disability. When compared to non-disabled peers, women with disabilities are far less likely to use contraception and far more likely to become pregnant unintentionally, University of Virginia nurse scientist Jeanne Alhusen has found. And more often, these women face intimate-partner violence behind closed doors.

Alhusen’s latest study revealed that women with disabilities were 2.5 times more likely to experience violence in the year before and during pregnancy, compared to their non-disabled peers. She also found that one-third of the disabled women reported that their pregnancies were the result of sexual violence. The research—based on the responses from nearly 44,000 women from 24 states who gave birth between 2018 and 2020—is published in a recent issue of the Journal of Advanced Nursing.

Alhusen, an associate professor in UVA’s School of Nursing, and her co-authors say that traditional screening questions for intimate-partner violence recommended by the American College of Obstetricians and Gynecologists don’t go far enough for women with disabilities.

They suggest more personalized, probing questions such as, “Has your partner prevented you from using a wheelchair, cane, respirator, or other device? Has your partner refused to help you with an important personal need, such as taking your medicine, getting to the bathroom, getting out of bed, bathing, getting dressed, or getting food or drink, or threatened not to help you with these personal needs?”

Regardless of disability status, exposure to violence before, during and after pregnancy can have grave consequences. Alhusen, whose research was among the first to identify the link between exposure to violence during pregnancy and infants’ low birth weight, has, with colleagues, repeatedly affirmed that women who experience violence during pregnancy are more likely to be depressed, experience PTSD, and attempt or commit suicide.

The study “strongly [suggests] that perinatal intimate-partner violence is a substantial problem for women with disabilities,” Alhusen and her co-authors write, “requiring attention by providers with disability-related knowledge and experience. Given the disparities shown … screening women with disabilities for intimate-partner violence during the perinatal period is an important step toward preventing the occurrence of serious injury, additional disabling health conditions, or death.”

For the woman who endured taunts and later physical violence, when her marriage later ended, she was granted custody of the children. She’s now remarried.

She’s still troubled by the abuse she suffered, and by her willingness, at least for a while, to accept it.