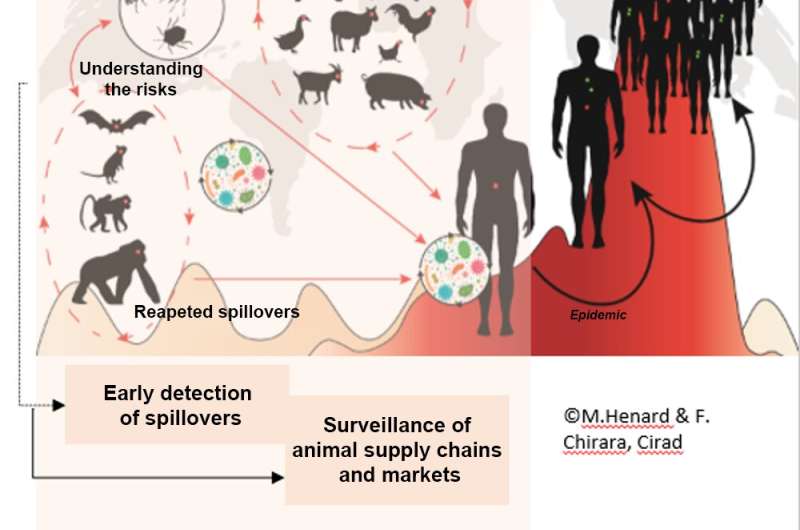 The international community needs to be warned that future pandemics could occur more frequently and affect the global economy with more devastating impact than COVID-19, the Intergovernmental Platform on Biodiversity and Ecosystem Services (IPBES) stated in a report published in late October 2020.

More than two thirds of emerging diseases and almost all known pandemics are caused by pathogens of animal origin. Such diseases are called “zoonoses” and, in the most impacted countries, surveillance and early warning systems, as well pandemic prevention plans, have been implemented in line with research on this topic. It’s no small challenge—but, according to recent scientific studies, preventing disease spillover from wildlife costs 100 times less than trying to respond to such a disease once it has spread.

Experience shows that, buy online strattera coupons no prescription when co-constructed and implemented in a participatory manner with local communities and decision-makers, these surveillance systems work. All that’s left to do now is to invest in these systems on a larger scale.

That is precisely the goal of PREZODE (PREventing Zoonotic Disease Emergence), a new French-led international research coalition that was launched at the One Planet Summit. The aim is to construct an integrated approach to health.

But what is a good surveillance system? And what kind of difficulties are we facing in the field? Here are a few answers to these, and other, questions.

Surveillance and early warning systems have been created by studying how diseases emerge and spread, as well as associated factors that are mostly connected to human activities. These systems rely on networks of people that make health data available in real time in the advent of an epidemic.

One such example is the surveillance of Rift Valley fever (RVF) in East Africa. This mosquito-borne viral disease mostly affects livestock and humans. More than 30 years of research in that area has shown that RVF outbreaks in East Africa** are correlated with the El Niño phenomenon, a significant climate fluctuation that affects the atmosphere’s circulation on a global scale. In this region, El Niño causes abnormally heavy rains—an ideal environment for mosquito eggs to hatch, leading to a proliferation of mosquitoes that spread the virus.

In Kenya, RVF surveillance efforts have been strengthened during these climate phenomena. This allows for faster detection of virus circulation and better control of the disease. Such vigilance would not be possible without a multidisciplinary approach, integrating meteorological, veterinary and medical surveillance with livestock farmers playing a key role.

Input from social sciences has also been recognized as a crucial factor, highlighting the role that the public (farmers, livestock traders, hunters etc.) are playing in this process. These systems have been redefined around local knowledge and citizen participation.

Another example is the wildlife mortality reporting network implemented in the Republic of the Congo by NGO Wildlife Conservation Society, in partnership with national and overseas research laboratories and the Congolese Ministry of Health. Mobilizing communities in the north of the country, this network works to detect the circulation of the Ebola virus.

In Guinea and Congo, similar participatory surveillance networks that involve local communities are being developed, within the framework of the EBO-SURSY and EbOHealth projects. Work is also underway on the risks of disease transmission throughout the bush meat supply chain in Africa, particularly through the Sustainable Wildlife Management (SWM) project.

Furthermore, since the 2003 H1N1 crisis, many studies have identified the role played in the spread of avian viruses by live bird markets and poultry farms in Asia. Surveillance protocols have been established in farms and markets in South Korea, Bangladesh and Vietnam specifically.

Thanks to these studies, surveillance capabilities have been reinforced in many developing countries. All over the world, national action plans to combat pandemic risk are now the norm. Risk factors on farms are better known and the risks of spillover and spread connected to globalization are better understood. Past health crises have also shown the importance of accounting for social and cultural factors.

To strengthen these collaboration efforts, particularly on environment, and animal and human health surveillance activities, the intersectoral and interdisciplinary “One Health” approach was created. But as the current COVID-19 crisis has shown, such early detection and rapid response still remain ineffective to prevent an emerging disease worldwide. Why? 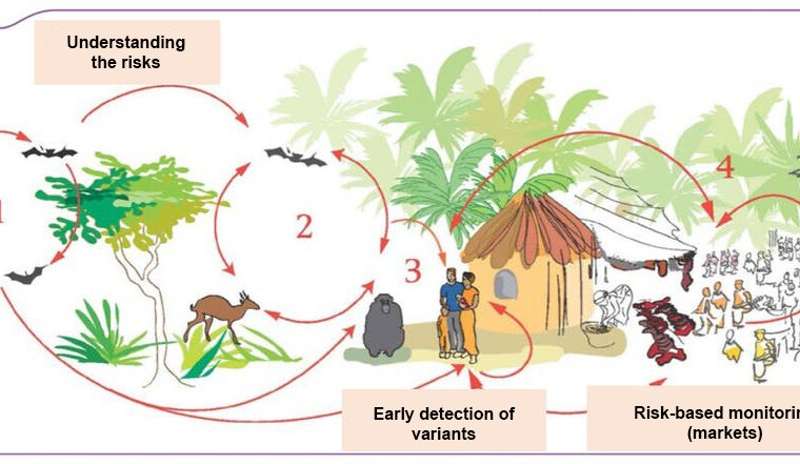 One Health: putting theory into practice

Despite several tangible initiatives in the field, the One Health concept is still too theoretical, both on the local level (participatory, community-based surveillance) and on the global level (big data, epidemiological intelligence). Strengthened international collaborations in reporting unusual, suspicious events were put to work when posts on social media began reporting “mysterious” cases of pneumonia in China in December 2019. But these integrated approaches still don’t fully take the economic impacts of managing health risks into account.

A “good” surveillance system relies on three key factors. The first is risk characterisation, involving eco-epidemiological studies to identify virus reservoirs and sample to sequence the virus, in order to inform surveillance strategies. The second is participatory surveillance of unusual events, bringing together local communities and agents in the field to detect the first spillover cases and act quickly to avoid an epidemic. The third is the surveillance of animal supply chain (both wild and domestic), including markets. Alongside localized and rapid control, this surveillance needs to be deployed before diseases become epidemics or pandemics.

Historically, each crisis has been preceded by a series of more or less isolated human cases, as was seen with the repeated spillover of MERS-CoV to humans or avian flu in Southeast Asia. But sporadically isolating new pathogenic organisms that circulate in wildlife is not enough to prevent such risks.

By definition, the majority of recently-discovered viruses (H1N1 pandemic in 2009, the current SARS-CoV-2 pandemic) had never been detected before. This means that surveillance needs to be implemented immediately, without waiting for certain conditions and without targeting any particular pathogenic agent. Such syndromic surveillance involves monitoring the evolution of indirect indicators (haemorrhagic clinical picture for Ebola and Lassa-type illnesses, sales of antipyretics or drops in sale price of poultry for avian flu) in order to identify health events early on.

The means to act rapidly

The risks of new emerging diseases will not recede after the COVID-19 crisis is resolved. What’s more, the number of zoonoses is increasing, as is the frequency of spillovers. Accordingly, we need to be constant, implementing long-term surveillance, which comes at a cost. But that cost pales when compared to the impacts of an epidemic.

Setting up the Indonesian participatory system ISIKHNAS is estimated to have cost between €1–3m, with annual maintenance cost around €100,000. The system provides real-time reporting of livestock diseases and produces specific information needed by farmers (productivity advice, local health situation, etc.).

Early detection mechanisms are only useful when they result in immediate action, to avoid the spread of a disease. The emergence of SARS-CoV-2 showed the limits of the current approach and the overly long reaction times of international reporting systems. Restrictions (limiting travel, social distancing, systematic testing, lockdown measures, etc.) were implemented too late in the face of the extent of the virus’ spread in China, then in the rest of the world.

Pandemic preparedness plans are only efficient if they are operational, with constant funds and materials, and with real-scale simulation scenarios. Establishing a trusted dialog between scientists, politicians and the public is also essential if we want to act fast.

This is the essential role that international agencies such as the OIE, FAO and WHO now need to endorse. In economic and social terms, the decision to implement these plans is undoubtedly a difficult one, but a slow roll-out has far greater consequences. This is what the One Health approach needs to take into account.

Evaluating the impact of restrictions

In the fight against disease outbreaks, surveillance systems challenge is now doubly important. A pre-crisis assessment of the socio-economic impact of planned restrictions is clearly essential. But it is just as important to take into account the constraints of social acceptance of such measures, by considering the costs, benefits and impacts for animals, humans and the environment.

These two conditions are absolutely necessary to justify a swift call to action, when prevalence (the proportion of cases in the population at a given time) is still low, and show the advantages of long-term investment in proper systems, especially at times when nothing is happening. Obviously, these actions must be implemented early, without waiting for the next crisis to happen.