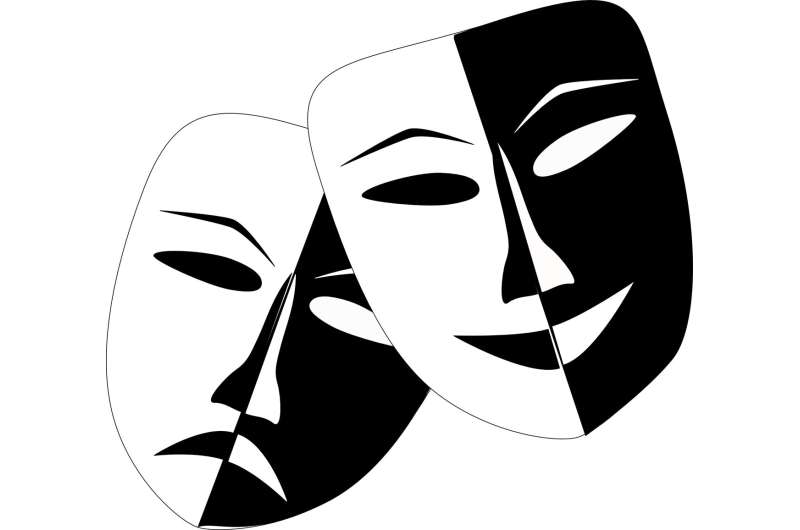 When Donna Wilson pulled up to visit her aunt and uncle on their farm near Eatonia, Sask., a few years ago, she came across a comical scene: Her uncle Doug was running around the yard chasing turkeys. The birds kept jumping up on his dog and he was trying to shoo them away with a broom.

It’s a memory Wilson plans to remind her aunt Doreen of soon. Doug died over the winter, and her aunt is grieving. Wilson hopes that sharing a funny story about him will help them both.

“I loved my uncle Doug, and I remember he was always smiling and laughing about something,” says Wilson. “Hopefully Aunt Doreen and I will laugh together and it will be healing.”

Wilson, a nursing professor at the University of Alberta, recently published qualitative study findings that show humor can trigger moments of intense grief for people who have recently lost a loved one, but humor can also be helpful in the recovery process.

The key—as always with humor—is timing, plus you’ve got to know your audience, says Wilson, who is also adjunct professor of medicine and adjunct professor at the University of Limerick School of Nursing and Midwifery.

The study was part of a larger inquiry into grief triggers—triggering thoughts, memories, or events like anniversaries and family gatherings, special places, songs, even jokes. Very little research has been done on triggers and how bereaved people manage them, Wilson says, but they can be incapacitating.

“You can be driving past the hospital where your husband died, and suddenly have a massive grief trigger and have to pull over,” she says. “Now think about if that’s a pilot who’s flying a plane, or a surgeon, or a truck driver going down the highway.”

Working through the stages of grief

The researchers report that there are nearly 300,000 deaths each year in Canada and on average 10 people grieve each death. For the study, Wilson and her team did in-depth interviews with 10 middle-aged and older Canadians who had lost a parent, child, sibling or spouse within the past two years, asking about their experiences with grief and recovery.

They all described being completely overwhelmed by grief at first, then being frequently hit by “hard-grief” triggers. Most found a way to reshape their lives without the loved one after about a year, and over the next year they were able to welcome good memories of the deceased person without triggered episodes of crying or extreme sadness.

Seven of the 10 interview subjects identified humor as a grief trigger, particularly if their loved one had enjoyed humor themselves. Eight said humor helped with their recovery. This was a surprising finding for Wilson and her team, since they had found very little mention of humor in their review of the literature on grief. This could be because in North America in particular, death and dying is treated as a serious and difficult topic, and humor could be seen as inappropriate, Wilson notes. This is not true in every culture.

“I think nobody has really realized that humor is present many times for our mental health, even in grief,” said Begoña Errasti-Ibarrondo, associate professor with the University of Navarra and a visiting academic at the U of A’s John Dossetor Health Ethics Centre,

“In Spain, for example, at funerals sometimes we may make jokes if it is appropriate and we tell funny stories about the person or the tricks they used to play,” she says.

‘I could laugh and be lifted out of my grief’

Telling humorous stories can be a respectful way of remembering a loved one, Wilson says. Other benefits of using humor can be to distract from sad feelings, signal to others that you are recovering or be a way to help others cope with grief, she says.

“Humor is what made it possible for me to live,” said one interview subject quoted in the paper. “I looked forward to the times I could laugh or smile; I could get a break from my grief. I even started searching for humor, every day I looked for funny stories or cartoon jokes, so each day I could laugh and be lifted out of my grief.”

The researchers advise that when you are supporting someone who is grieving it is important to talk to them about the person who died rather than avoiding the subject. However, they caution that it’s best to check first with the bereaved person before turning to humor, as some may not be ready or may find it inappropriate.

“Grief is very personal and so is humor,” says Errasti-Ibarrondo.

The saying “laughter is the best medicine” dates back to the King James Bible, originally published in 1611. We now know that laughter releases endorphins and other positive hormones that contribute to both physical and mental health.

Wilson and Errasti-Ibarrondo plan to extend their research by working with experts at the University of Colorado Boulder and Brunel University in London to learn more about how humor can be used to help the bereaved.