Whilst the effect of the microbiome on the digestive system has been studied over the past decade, the understanding of its effect on the endocrine system is less well understood.

The endocrine system synthesizes and secrete hormones to regulate physiological processes. Interestingly the gut microbiome is an endocrine organ itself; metabolomic and metagenomic studies have revealed bacterial metabolites and components that affect organ function and subsequently, physiological outcomes. Bacterial- derived metabolites and components may act locally with the host, activating cell receptors or neural terminations, as well as distally through circulatory dissemination. Their mechanism of action is varied- paracrine, endocrine and nervous – yet all converge on influencing endocrine function.

What are the different metabolites produced?

The human gastrointestinal system is unable to digest all carbohydrates. Typically, these indigestible carbohydrates are referred to as dietary fiber, and reach the gut microbiota in the lower GI tract where they are subject to enzymic breakdown. This yields several classes of compounds, the most well studied of which, are the short chain fatty acids (SCFAs). The impact of SCFAs on human health is very well documented in the literature; they act both locally and in an endocrine manner, reaching distal sites such as the liver, adipose tissue, muscle and brain. Subsequently their physiological effects are wildly variable, effecting energy regulation, inflammation and the modulation of cancer.

Other than carbohydrates, amino acids (particularly branched chain amino acids (BCAAs)) have been correlated with physiological occurrences, namely insulin resistance. BCAAs have been shown in several studies, to originate endemically from the gut microbiota. In insulin resistant individuals, the with enzymes for BCAAs biosynthesis are enriched.

A pioneering study by F. Backhed demonstrated that the metabolization of histidine by microbiota to imidazole propionate directly contributes to glucose dysregulation via activation of the p38g/p62/mTORC1 pathway. This culminates in inhibition of IRS, the insulin receptor substrate that binds insulin and instigates cell signaling in response to this. However, not all amino acid derived microbial metabolites are correlated with insulin resistance or glucose sensitivity; for example, microbiota metabolize tryptophan to produce molecules such as indoles and their derivatives. These have been shown to act as endocrine molecules and activate the aryl hydrocarbon receptor (AhR). Indole propionic acid (IPA) for example, has been shown to improve metabolism by strengthening the gut barrier function and immune response as well as producing anti-inflammatory effects.

Gut microbes can produce the classical neurotransmitters of the brain. Their effect is communicated via the enteric nervous system, which is connected to the autonomic nervous system (ANS). The effect of the neurotransmitters can be localized i.e. affecting motility and intestinal hormone release, or centralized, affecting mood and cognition. Examples include histamine; this is derived from histidine and has been shown to increase asthma in humans, suggesting its role in immune modulation. Another neurotransmitter produced is serotonin and this has been implicated in several physiological processes including gut motility and immunity. Moreover, the microbiota has been shown to affect mood; germ free mice have an overactive hypothalamic-pituitary-adrenergic (HPA) axis which is associated with negative emotion. 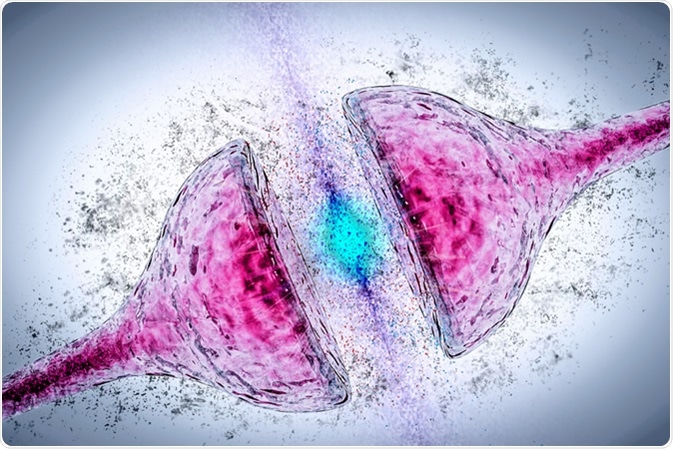 Corroborating this finding is a study which demonstrated that administration of the probiotic B. infantis reduced serotonin breakdown in the brain, suggesting this probiotic species possesses antidepressant properties.

Other neurotransmitters produced by the microbiota include gamma-aminobutyric acid (GABA), and catecholamines, such as norepinephrine and dopamine, all of which are key modulators of the neuroendocrine system.

The microbiota may also release gases which act as neurotransmitters. These include nitric oxide (NO) and hydrogen sulfide (H2S). These produce a physiological effect on the gut; NO is derived from Nitric Oxide Synthase (bNOS) enzyme, whilst H­2S is derived from bacterial metabolism of cystine. Both inhibit smooth muscle cells, and so researchers have speculated that this effect could aid in the control of glycemia as inhibition of proximal gut motility has been shown to improve this condition.

Aside from bacterial metabolites, specific bacterial components may also act as factors modulating host endocrine functions. They act by interacting with receptors expressed locally or distally by the host. The bacterial caseinolytic protease B (ClpB) is host peptide which acts as a conformational mimetic of α-melanocyte-stimulating hormone (a- MSH) which regulates energy homeostasis in humans.

Another bacterial protein capable of affecting host metabolism has been discussed in a study in which administration of the outer membrane protein Amuc_1100 of A. muciniphila was shown to improve the gut barrier function and shows some of the beneficial effects in the gut seen in the case of live bacterium.

The role of the gut microbiome as an endocrine organ itself as well as a partner to the human endocrine system is supported by several studies. However, the exact role that each microbial species plays and the full complement of the molecules they produce remains to be determined. Nonetheless, as the research continues to culminate, the ability to harness this bacterial power for the purposes of therapeutic application becomes possible.