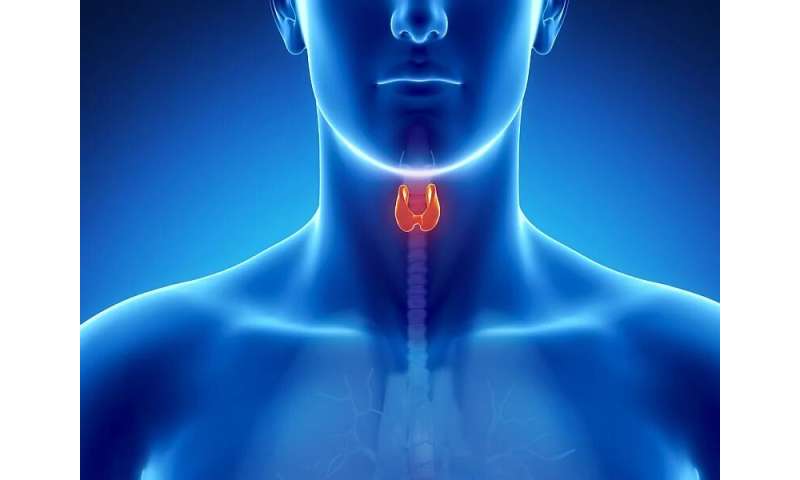 (HealthDay)—A minor planned decrease in the upper limit of the reference range for thyroid-stimulating hormone (TSH) resulted in an increase in levothyroxine prescriptions and more TSH measurements, according to a study published in the May 4 issue of CMAJ, the journal of the Canadian Medical Association.

Christopher Symonds, M.D., from the University of Calgary in Alberta, Canada, and colleagues compared the predicted volumes of TSH tests with actual TSH test volumes before and after the planned change in the TSH reference range. The number of new levothyroxine prescriptions and rate of changes to prescribed doses were examined before and after the change.

The researchers found that the actual and predicted monthly volumes of TSH testing followed an identical course before the change in TSH reference range. Actual test volumes exceeded predicted test volumes by 7.3 percent after the change or by 3,000 to 5,000 extra tests per month. There was an increase in the proportion of patients with newly abnormal TSH results, from 3.3 to 9.1 percent. From 2013 to 2014, there was an increase in the rate of new levothyroxine prescriptions, from 3.24 to 4.06 per 1,000 population. A significant increase was seen in the number of dose escalations among patients with preexisting stable levothyroxine therapy, and there was a total increase of 500 new prescriptions per month.