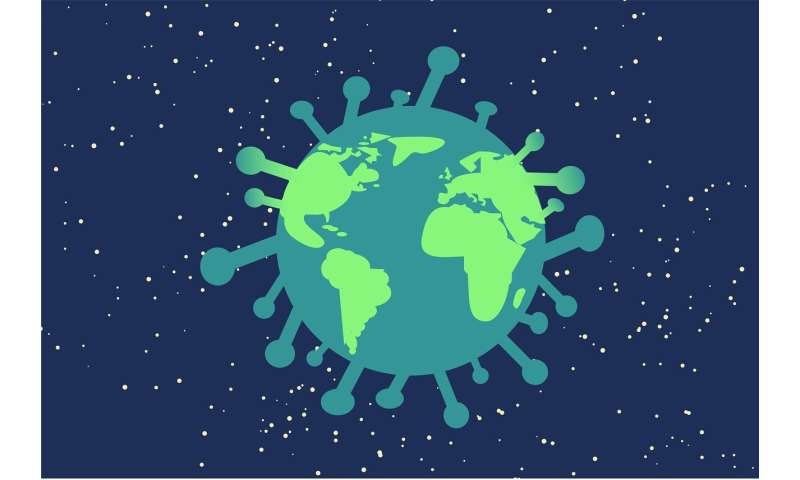 During the COVID-19 pandemic, as demand for SARS-CoV2 diagnostic testing has far outweighed the supply, academic research scientists have begun converting their labs to testing facilities. In a paper published May 10 in Med, a team of investigators from Boston University School of Medicine and Boston Medical Center (BMC) outline how they adapted their lab to test patient samples for SARS-CoV2, and they provide a blueprint for other labs that want to do the same thing.

“As with other basic biology labs across the country, we were forced to shutter operations due to the pandemic,” says senior author George Murphy, an Associate Professor of Medicine in the Division of Hematology and Oncology. “We saw that our friends and colleagues at Boston Medical Center were going into battle on the front lines of this pandemic, but that they were having to wait seven to 10 days for results from state and commercial laboratory facilities. This was unacceptable to us, and we decided we needed to take action.”

Murphy is normally co-director of the Boston University and Boston Medical Center (BMC) Center for Regenerative Medicine (CReM) and focuses on stem cell research. As stem cell and molecular biologists, he and the members of the lab had extensive experience developing and running the type of quantitative, real-time reverse transcriptase polymerase chain reaction (qRT-PCR) assay that was needed to detect the presence of viral RNA in patient samples.

The bigger challenge was adapting their lab to the strict policies required to run a Clinical Laboratory Improvement Amendments (CLIA)-certified, College of American Pathologists (CAP)-accredited diagnostic lab. The team requested and received emergency permission from the FDA to repurpose the lab, and they began operating in less than a week. As of April 20, 2020, they had already tested more than 3,000 samples, with a sample turnaround time that’s under 24 hours. Nearly 45% of those tests were positive, a large number due in part to the high-risk population served by BMC, the largest safety net hospital in New England.

“For about a month or so, we were the only game in town,” Murphy notes. “Results from samples that were sent out to large commercial labs were taking up to a week, but even a wait-time of 24 hours delays the ability to make decisions about whether or not someone needs to be isolated and whether precious PPE [personal protective equipment] should be used.”

The team developed a test that could be done with technologies and reagents that are likely to remain available. The test was also designed with the ability to use different reagents at each step of the process. “Our ‘home-brew’ assay is extremely flexible, allowing us to slot in various reagents at multiple points and eliminating potential supply-chain issues,” Murphy says.

He doesn’t expect the need for testing to decline any time soon. “Although we have gotten through the early stages of this pandemic, which involved the testing of critically ill and symptomatic patients during a time of acute need, everyone is going to soon need to transition into asymptomatic and surveillance testing. It may be extremely difficult for large commercial labs to contend with the enormous number of samples this will entail,” Murphy says. “We decided to share what we did so that other institutions can implement their own in-house testing.”

The team is also looking at expanding to other kinds of assays, including saliva-based tests.