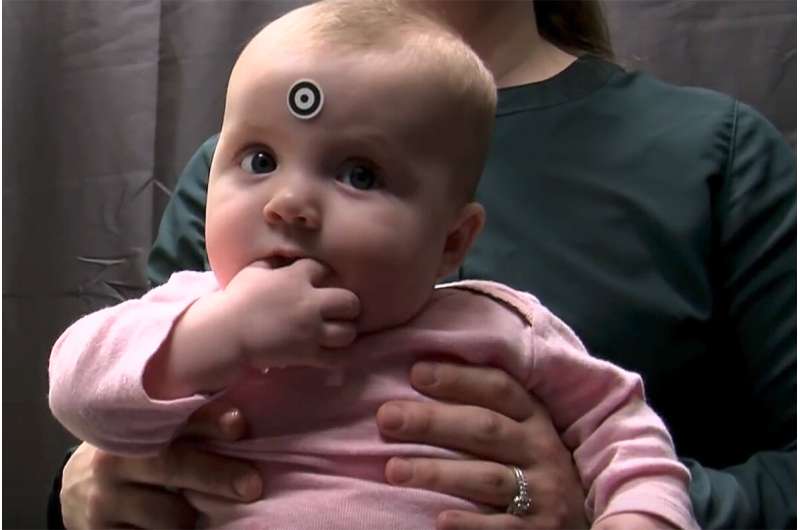 Exposure to phthalates, a class of chemicals widely used in packaging and consumer products, is known to interfere with normal hormone function and development in human and animal studies. Now researchers have found evidence linking pregnant women’s exposure to phthalates to altered cognitive outcomes in their infants.

Most of the findings involved slower information processing among infants with higher phthalate exposure levels, with males more likely to be affected depending on the chemical involved and the order of information presented to the infants.

Reported in the journal Neurotoxicology, the study is part of the Illinois Kids Development Study, which tracks the effects of hormone-disrupting chemicals on children’s physical and behavioral development from birth to middle childhood. Now in its seventh year, IKIDS has enrolled hundreds of participants and is tracking chemical exposures in pregnant women and developmental outcomes in their children. Susan Schantz, a neurotoxicologist and professor emerita of comparative biosciences at the University of Illinois Urbana-Champaign, is the principal investigator of the study. She is a faculty member in the Beckman Institute for Advanced Science and Technology, which houses the IKIDS program at Illinois.

“IKIDS is part of a larger initiative funded by the National Institutes of Health, the Environmental Influences on Child Health Outcomes program. It is tracking the impact of prenatal chemical exposures and maternal psychosocial stress on children’s growth and development over time,” Schantz said. “We measure numerous birth outcomes, including birth weight and gestational age. We also assess infants’ cognition by studying their looking behavior. This allows us to get measures of working memory, attention and information-processing speed.”

The researchers analyzed metabolites of three commonly occurring phthalates in urine samples regularly collected from the pregnant women in the study. The chemical exposure data were used in combination with assessments of the women’s infants when the children were 7.5 months old.

The researchers used a well-established method that gives insight into the reasoning of children too young to express themselves verbally: Infants typically look longer at unfamiliar or unexpected images or events.

The team used an infrared eye-tracker to follow each infant’s gaze during several laboratory trials. With the infant sitting on a caregiver’s lap, researchers first familiarized the child with two identical images of a face. After the infant learned to recognize the face, the researchers showed that same face paired with an unfamiliar one.

The assessment linked pregnant women’s exposure to most of the phthalates that were assessed with slower information processing in their infants, but the outcome depended on the specific chemical, the sex of the infant and which set of faces the infant viewed as familiar. Male infants, in particular, tended to process information more slowly if their mothers had been exposed to higher concentrations of phthalates known to interfere with androgenic hormones.

The specific characteristics of faces presented to the infants in the familiarization trials also appeared to play a role in the outcome, the researchers reported. Phthalate-exposed children who were first familiarized with faces from Set 2 were more likely to experience slower processing speed than those familiarized with faces from Set 1. The finding is perplexing, Schantz said, but is likely related to differences in the infants’ preferences for the faces in the two sets. It also may be an indication that familiarization with the Set 2 faces is a more sensitive detector of changes in processing speed related to phthalate exposure.