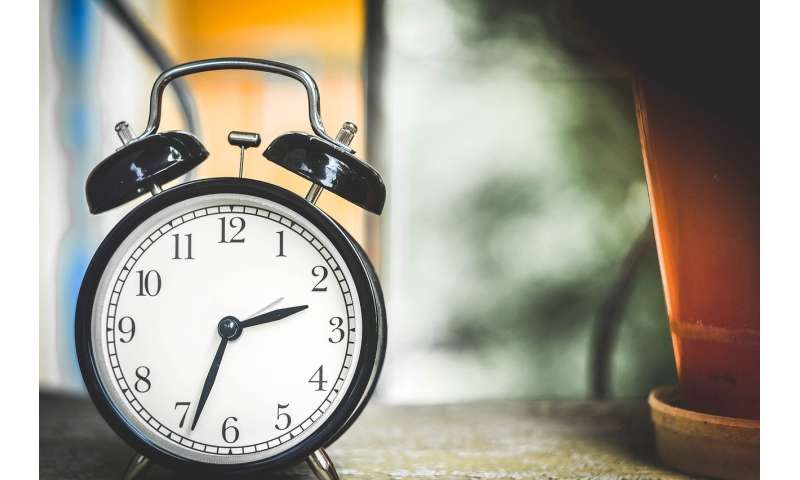 Recent sleep surveys show that Singaporeans are among the world’s most sleep-deprived people. Scientists from Duke-NUS Medical School (Duke-NUS) and the University of Tokyo provide new evidence, which supports the presence of a key mechanism that regulates our biological clock. In the study published in PNAS, the team used preclinical models to validate that mutations in PER2 protein can alter the balance of the circadian period, which can lead to sleep disorders.

Biological clocks are an organism’s innate timing device. It is composed of specific proteins called clock proteins, which interact in cells throughout the body. Biological clocks produce and regulate circadian rhythms—the physical, mental, and behavioral changes that follow a daily cycle. Understanding the molecular mechanisms of the circadian clock provides a huge potential to identify therapeutic interventions to mitigate circadian disruption, and its long-term consequences such as diabetes, obesity and cancer among shift workers, who undergo frequent circadian disruption and are more prone to these diseases.

The Duke-NUS scientists had previously discovered that mutations in a specific protein (called casein kinase 1) alters the core clock protein (called PERIOD or PER), and this changes the timing of the biological clock. In this study, preclinical models were used to investigate the role of PER2 (a type of PER protein) in clock regulation to further understand and strengthen the model.

“The study findings clearly demonstrated that targeted mutations in the PER2 protein can alter the balance of biological clock and can significantly lengthen the circadian period in preclinical models,” said Dr. Rajesh Narasimamurthy, Principal Research Scientist at the Duke-NUS’ Cancer and Stem Cell Biology (CSCB) program.

“People’s sleep/wake patterns play a significant role in determining their cognitive skills, social behavior and their responses to drug,” said Professor David Virshup, Director of the Duke-NUS’ CSCB program and corresponding author of this study.

“Our study helps us understand and validate the genetic and biochemical regulation of our circadian sleep/wake cycles, which can produce a morning lark or night owl effect. Understanding how the clock works can help in the development of new therapeutic interventions for treating people with sleep disorders,” Prof Virshup added.

“Sleep disorders are increasingly recognized as a major public health concern. This important study by our researchers could open new possibilities and strategies to treat sleep disorders, and improve the quality of life among affected individuals in Singapore and beyond,” said Professor Patrick Casey, Senior Vice Dean for Research at Duke-NUS.