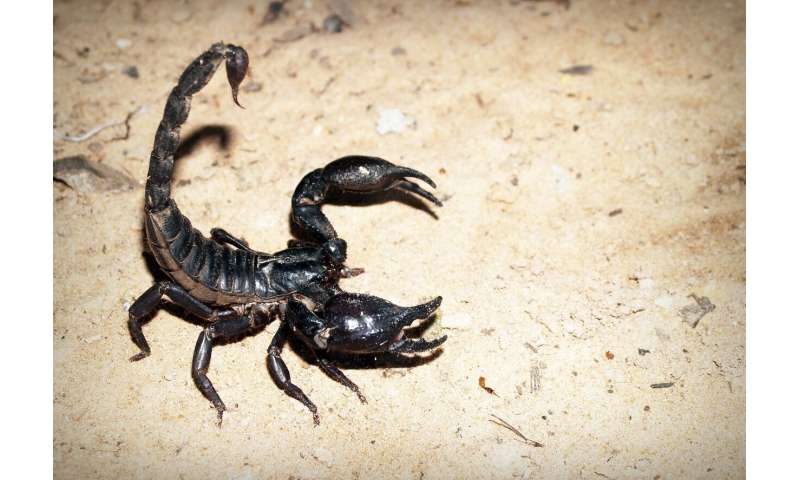 A research team led by Children’s National Hospital faculty was able to “rescue” a pre-clinical model of fetal alcohol spectrum disorder (FASD) in juvenile models, reversing motor skill deficits with the help of a novel drug derived from scorpion venom. The finding, in the Nature Neuroscience, could offer hope to an estimated 119,000 children born with this condition worldwide each year.

FASD, caused by alcohol consumption during pregnancy, causes numerous learning disabilities, including cognitive and intellectual deficits. Motor skills problems can be an early indicator for these other issues, explains study leader Kazue Hashimoto-Torii, Ph.D., a principal investigator at the Center for Neuroscience Research at the Children’s National Research Institute. Many parents and caregivers first notice a problem when babies show delays in achieving motor developmental milestones. Although these effects are well documented, Hashimoto-Torii adds, it’s been unclear what molecular mechanisms cause these deficits.

Hashimoto-Torii has been studying these effects ever since her postdoctoral training when, pregnant herself; she became interested in the consequences of environmental exposures on development. Over the past several years, she and colleagues have published a series of papers toward understanding FASD’s molecular mechanisms.

In the most current paper, her team worked with a pre-clinical model of FASD in which gestating fetuses were exposed to alcohol at embryonic days 16 and 17, a period in which brain cells grow predominantly in the upper cortex, a brain region that plays a key role in motor abilities. This embryonic period corresponds to early mid-gestation in human fetuses.

When the researchers tested these pre-clinical models 30 days after birth—in two exams designed to assess both large— and small-muscle motor skills—they showed significant deficits in both areas. Searching for the molecular differences that might underlie this diminished performance, the researchers found that prenatal alcohol exposure immediately activated a signaling pathway known as “heat shock,” which causes cells to produce protective proteins. These heat shock proteins were produced randomly in some cells, rather than uniformly throughout the cell population.

Using a pre-clinical model that allowed them to track the descendants of these rapidly dividing neurons, the team found differences in the expression of 93 genes. One gene in particular, known as Kcnn2, which encodes a calcium-activated potassium channel, was over-expressed in the cells that produced heat shock proteins. This gene already has been implicated as playing an important role in learning and memory. Cells in which Kcnn2 was over-expressed showed abnormal firing patterns.

When the researchers administered a drug that blocks this channel, known as Tamapin and derived from Indian red scorpion venom, the affected cells’ firing patterns reverted to normal. More importantly, pre-clinical models that received this drug at 30 days of life showed marked improvements in both large- and small-muscle motor skills. The fact that the pre-clinical models could still show improvements long after the initial damage suggests that treatment for children with FASD with a similar agent might also be effective, says Hashimoto-Torii. To that end, she and colleagues have launched a biotech company to further investigate this drug to see if it might hold promise in humans.