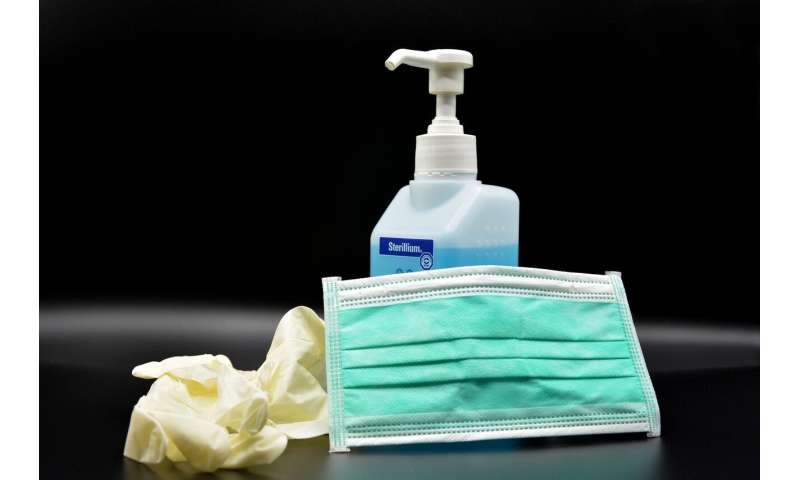 One in four people already own a disposable face mask to protect themselves against COVID-19, a new study says—despite the UK government saying evidence for their use is “weak.”

An online survey of 949 members of the public representative of the UK population by age, gender and ethnicity, conducted by senior academics at the University of Exeter Business School, found that 26% already have disposable face masks at home, and 57% have disposable gloves.

“It has now become clear that the UK government is reluctant to recommend the widespread usage of disposable masks, or even less so to make it mandatory, in stark contrast with the policies adopted in many other countries affected by COVID-19,” said Professor Sonia Oreffice of the University of Exeter Business School.

“In these circumstances, we see our results as a relevant step forward to understand spread containment channels in addition to social distancing.”

The researchers also found that public demand for face masks increases after viewing basic government statistics about COVID-19, which they say indicates how effective a future government information campaign on face masks could be.

“Our evidence supports the use of health campaigns to encourage the adoption of mask wearing, and potentially of other protective gear as well. Our treatment consisted of very general information that is already present in the internet, and that corresponds verbatim to the daily tweets by the government,” said Professor Oreffice.

“We believe that targeted informational campaigns based on detailed facts on COVID-19 (eg about its spread rate under massive adoption of protective gear) may have a widespread impact on the demand and usage of protective gear, and ultimately on the further spread of the virus.”

In another measure of the impact of information on demand, the study found that on average people were willing to pay around £6 for a pack of 10 disposable face masks. But after receiving government data on COVID-19 deaths the average price rose to nearly £9.50.

Professor Oreffice added: “Although we are aware that perfectly enforced social distancing can be very effective, protective gear is important in slowing the spread of the virus from customers to key workers, and from key workers to customers, in grocery shops, pharmacies and other essential services.

“Thus, face masks might play an important role in slowing down the spread of the virus, even in the presence of enforced social distancing.