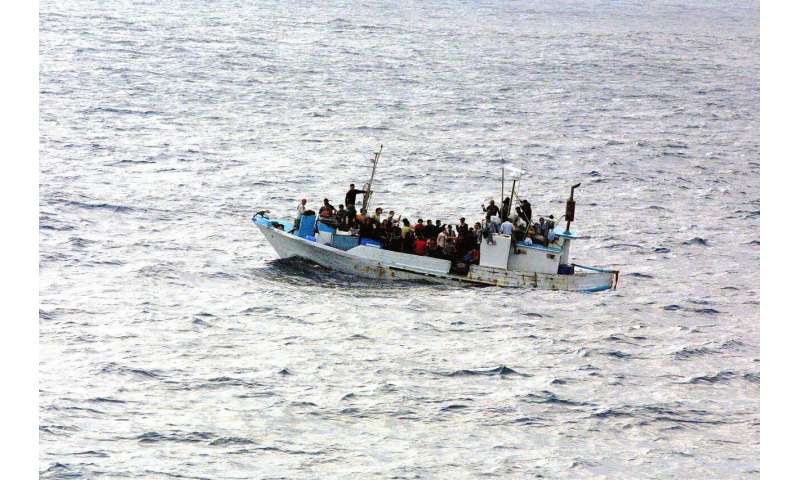 Most research on the mental health of refugees focuses on the first few years after resettlement in the host country, but little is known about their long-term mental health.

A new study of Canadians aged 45-85, released this week, found that refugees were 70% more likely to suffer from depression than those born in Canada when age, sex and marital status were taken into account—even decades after immigration.

“Our findings indicate that the refugee experience casts a long shadow across an individual’s lifespan,” says the study’s first author Shen (Lamson) Lin, a doctoral student at the University of Toronto’s Factor Inwentash Faculty of Social Work (FIFSW).

“While our data did not capture reasons for the high levels of depression among refugees, we believe it may be influenced by exposure to pre-migration traumas such as genocide, forced displacement, human trafficking, sexual assault, famine, and separation from family.”

In order to untangle the potential contribution of post-migration challenges, which face all immigrants, from the pre-migration trauma unique to refugees, the research team also investigated depression among immigrants who did not arrive as refugees. Post-migration problems may include downward socioeconomic mobility, racial discrimination, higher levels of unemployment, language barriers, and reduced social networks.

The prevalence of depression among non-refugee immigrants (16.6%) was much closer to that of their Canadian-born peers (15.2%) than to that of refugees (22.1%).

“Our results suggest that post-migration challenges are less important than pre-migration traumas when it comes to depression,” says senior author, FIFSW Professor Esme Fuller-Thomson, who is also cross-appointed to U of T’s Department of Family & Community Medicine and is is director of the University’s Institute for Life Course & Aging.

“The greater prevalence of depression among refugees—half of whom arrived more than four decades ago—underlines the importance of providing mental health resources for our refugee community both immediately after arrival, but also in the ensuing decades.”

The study investigated factors that may have influenced levels of depression among participants, including age, sex, marital status, income, education, health, chronic pain, health behaviors and the frequency of social contacts. But even when these characteristics were accounted for, refugees still had much higher odds of depression than individuals born in Canada.

The researchers found that social support is a key. A lack of social support was associated with higher levels of depression among refugees—they were also more likely to have less of it. Refugees were more likely than those born in Canada to report that they lacked: 1) someone who showed them love and affection (17% versus 8%), 2) someone to confide in about their problems (27% vs 16%), and 3) someone to give them good advice about a crisis (27% versus 16%). (The level of social support among immigrants who did not arrive as refugees was relatively similar to the Canadian born group, and much less vulnerable than the refugee group.) When the availability of these three levels of social support was high, the relationship between refugee status and depression significantly diminished.

“Our study indicates that the quality of relationships, rather than the quantity of social connections, matters most for refugees’ mental health.” says co-author Karen Kobayashi, a professor in the Department of Sociology and a research affiliate at the Institute on Aging & Lifelong Health at the University of Victoria. “This highlights the importance of investigating ways to promote powerful positive social relations among refugees and asylum seekers in their families, neighbourhoods, and communities.”

In Canada, two different sponsorship programs are currently in place. Government-assisted refugees (GARs) get basic financial aid and assistance offered by professionals to help with the settlement process. Privately sponsored refugees (PSRs) are supported by a network of engaged volunteers, often members of a church, mosque or synagogue who are able to provide extensive assistance with all kinds of settlement issues including housing, health needs and job searches.

According to recent studies on Syrian refugees in Canada, PSRs report having more help in daily errands, fewer unmet needs and a higher employment rate than GARs.

“We anticipate that refugees sponsored under the PSR program may be more likely to thrive post-migration because of a stronger social support network and this may set them on a positive employment and mental health trajectory for decades after their arrival.” says co-author Hongmei Tong, Assistant Professor of Social Work at MacEwan University in Edmonton.

Consistent with earlier studies, Canadian adults in this study who were poor, experiencing chronic pain and those with more co-morbid health conditions had a higher prevalence of depression.

“It is not surprising that Canadians who have household incomes under $25,000 per year have double the odds of distress compared to those with incomes above $75,000. Struggling to pay the rent and feed one’s family can be extremely distressing,” said co-author Simran R Arora, Master of Social Work student at the University of Toronto.