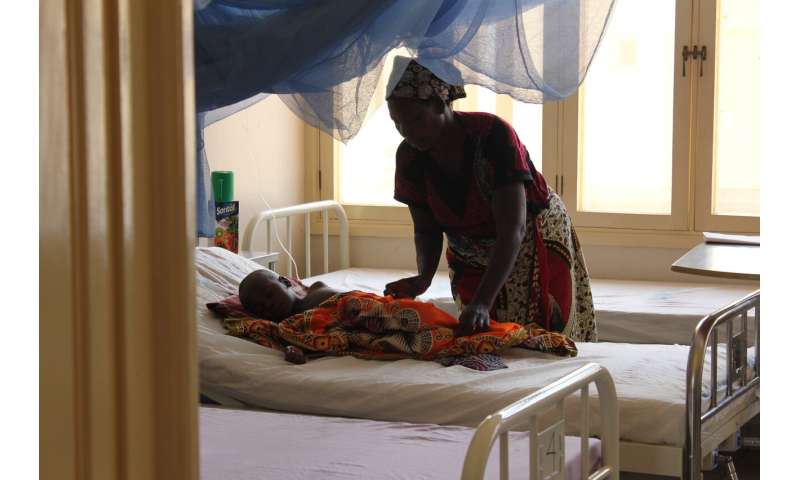 Blood transfusions increase the survival of children admitted to the hospital with complications by severe malaria, and could be beneficial even at higher hemoglobin levels than those currently recommended. These are the main findings of a study led by ISGlobal, a center supported by ‘la Caixa’ Foundation, and published in The Lancet Haematology.

Mortality among children admitted to hospital with malaria is high, especially in cases with severe complications. Most of them die within the first 24 hours, which leaves a limited time-window to intervene. In addition to starting antiparasitic treatment, one of the most frequent interventions is performing a blood transfusion. The World Health Organisation recommends transfusing children with malaria when the hemoglobin levels are under 4og/liter, or 60g/liter in case of complications such as impaired consciousness or acidosis. Despite these recommendations, there is still considerable uncertainty regarding which patients may benefit—and which may be harmed—from blood transfusion.

In this study, the team led by ISGlobal researcher Climent Casals-Pascual analyzed the association between blood transfusion and death in almost 26,000 patients from five different sub-Saharan countries, with the aim of identifying the optimal hemoglobin threshold for transfusing children with severe malaria. “The value of this study is that it includes countries where adherence to international guidelines varies, which allowed us to compare results across a wide range of hemoglobin values,” explains Casals-Pascual.

The data used for the study involved 25,893 patients under 15 years of age that were admitted to hospital with confirmed infection by P. falciparum between 200 and 2005, in six hospital centers (in The Gambia, Ghana, Malawi, Gabon and Kenya) belonging to the SMAC (Severe Malaria in African Children) network. Thirty-three per cent of these patients (8,513) received a blood transfusion.

The results show that blood transfusion increased the survival of patients with severe disease. In cases with complications, such as impaired consciousness or elevated lactate in blood, transfusion improved survival even in children whose levels of hemoglobin were higher the recommended threshold of 60g /l. For example, among patients with impaired consciousness, the authors observed improved survival upon transfusion with hemoglobin levels as high as 105 g/l. However, in the case of mild cases, transfusion was associated with an increase in mortality.