A new study has found that just two doses of magic mushrooms – and a sprinkle of psychotherapy – can put depression into remission, and could work even better than current antidepressants. 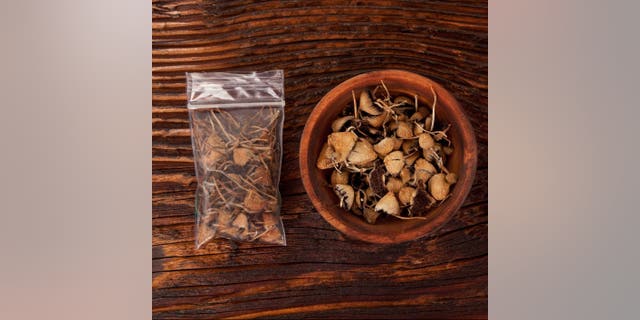 A new study has found that just two doses of magic mushrooms — and a sprinkle of psychotherapy — can put depression into remission, and could work even better than current antidepressants. (iStock)

Researchers from Johns Hopkins Medicine found that about half the patients in their study saw relief after taking the psychedelic psilocybin, according to the findings published Wednesday in the journal JAMA Psychiatry.

“The magnitude of the effect we saw was about four times larger than what clinical trials have shown for traditional antidepressants on the market,” said Dr. Alan Davis, Johns Hopkins University School of Medicine adjunct assistant professor and study co-author.

There were 24 participants in the study, all of whom had a long-term history of depression and were given two doses of psilocybin over different periods of time. During their monitored trips, participants wore eyeshades and listened to music through headphones while lying on a couch for about five hours – a shockingly short amount of time to have such profound effects, considering how long current depression treatments take.

A week after their second trip, about two-thirds of participants had an over 50% reduction in their depression symptoms. After four weeks, 54% of participants no longer qualified as being depressed.

“Because most other depression treatments take weeks or months to work and may have undesirable effects, this could be a game-changer if these findings hold up in future ‘gold-standard’ placebo-controlled clinical trials,” said Davis.

This is far from the first study to find evidence that magic mushrooms may be hugely beneficial to mental health, although it stands out for the massively significant positive changes it reported in participants.

Ketamine, another drug with hallucinogenic effects and a reputation for recreational abuse, has also had a renaissance as a depression treatment.

The magic mushroom study’s release coincides with Oregon becoming the first state to legalize the hallucinogen for therapy – and decriminalize small amounts of all street drugs. This week, Washington, D.C., also voted to decriminalize the far-out ‘shrooms.

This story originally appears in the New York Post.