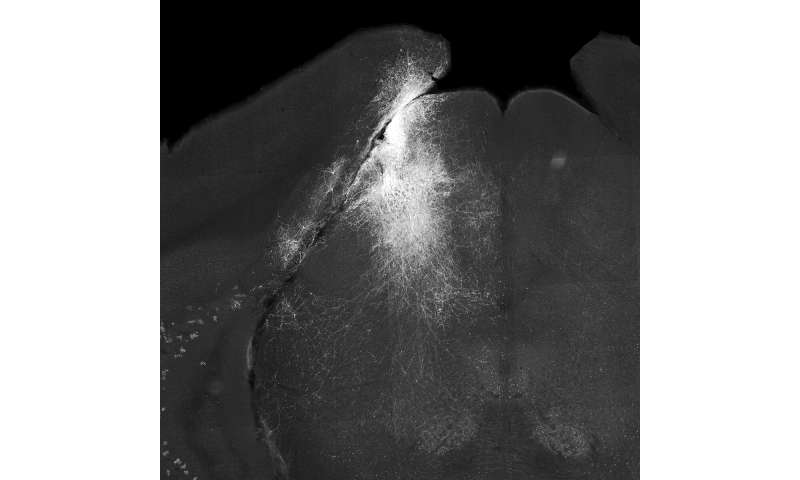 Researchers at the National Eye Institute (NEI) have defined a crucial window of time that mice need to key in on visual events. As the brain processes visual information, an evolutionarily conserved region known as the superior colliculus notifies other regions of the brain that an event has occurred. Inhibiting this brain region during a specific 100-millisecond window inhibited event perception in mice. Understanding these early visual processing steps could have implications for conditions that affect perception and visual attention, like schizophrenia and attention deficit hyperactivity disorder (ADHD). The study was published online in the Journal of Neuroscience.

“One of the most important aspects of vision is fast detection of important events, like detecting threats or the opportunity for a reward. Our result shows this depends on visual processing in the midbrain, not only the visual cortex”, said Richard Krauzlis, Ph.D., chief of the Section on Eye Movements and Visual Selection at NEI and senior author of the study.

One of these tasks is detecting that a visual event has occurred. The superior colliculus takes in information from the retina and cortex, and when there is sufficient evidence that an event has taken place in the visual field, neurons in the superior colliculus fire. Classical experiments into perceptual decision-making involve having a subject, like a person or a monkey, look at an image of vertical grating (a series of blurry vertical black and white lines) and decide if or when the grating rotates slightly. In 2018, Krauzlis and Wang adapted these classic experiments for mice, opening up new avenues for research.

“Although we have to be cautious translating data from mice to humans, because of the difference in visual systems, mice have many of the same basic mechanisms for event detection and visual attention as humans. The genetic tools available for mice allow us to study how specific genes and neurons are involved in controlling perception,” said Lupeng Wang, Ph.D., first author of the study.

“The ability to temporarily block the transmission of neural signals with such precise timing is one of the great advantages of using optogenetics in mice and reveals exactly when the crucial signals pass through the circuit,” said Wang.

Interestingly, the researchers found that the deficits with superior colliculus inhibition were much more pronounced when the mice were forced to ignore things happening elsewhere in their visual field. Essentially, without the activity of the superior colliculus, the mice were unable to ignore distracting visual events. This ability to ignore visual events, called visual attention, is critical for navigating the complex visual environments of the real world.