DR MICHAEL MOSLEY: How you can tell when someone’s lying to you

How good do you think you are at spotting when someone is lying? I’ve just finished jury duty and the case we tried turned, at least in part, on the credibility of the defendant, a middle-aged man caught in an online forum chatting up a girl, who said she was 13 years old.

In fact, it turned out that the person he was pressuring to send him photos wasn’t an underage girl but a police officer, who recorded the whole conversation.

When he took the stand and told his story, did he look as if he was telling the truth — or was he lying? You might think you can tell, but in fact research shows that most of us are pretty terrible at working out when someone is lying. 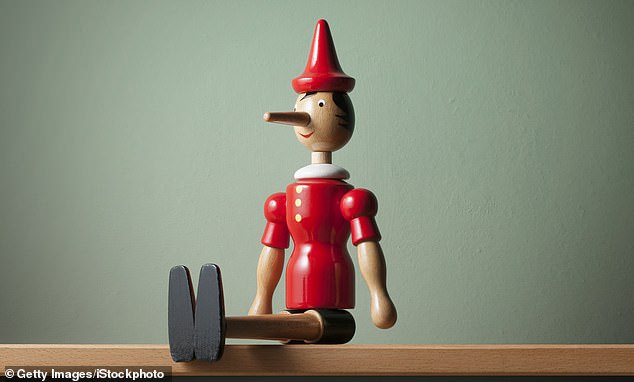 A few years ago, when researching a TV documentary about lying, I came across work by Dr Edward Geiselman, then professor of psychology at the University of California, Los Angeles, who’d worked extensively with the police, the FBI and the U.S. Department of Homeland Security.

In 2011, he published a paper which brought together the findings of more than 60 studies on lying. He came to a number of conclusions. First, that when they are questioned, liars tend to say as little as possible, because they don’t want to give themselves away. They also tend to give vague answers and avoid specific details.

Elon Musk, the Tesla billionaire, says his favourite question when interviewing people for jobs is: ‘Tell me about some of the most difficult problems you worked on and how you solved them.’

The reason this is a good question is because people who have really solved a problem know how they solved it, whereas people who are pretending will struggle to fill in the details once you start to question them closely.

Second, liars tend to repeat the questions they’ve just been asked before answering them, to give themselves more time to invent an answer. For the same reason, liars often initially slow down their speech, because they are monitoring your reactions. If they think you are swallowing it, then, according to Dr Geiselman, they ‘will spew it out faster’.

He says truthful people are not bothered if they speak slowly, but liars think slowing their speech down is suspicious. He suggests you look out for people who ‘alter their speech rate within a single sentence’.

Body language can also offer clues, Dr Geiselman suggests: when asked a tricky question, liars are more likely to press their lips together or play with their hair or engage in what he calls other ‘grooming’ behaviours.

These are useful tips, but they are not exactly foolproof — so is there anything better?

Lie detector tests, or polygraphs, have been used for many years, particularly in the U.S., but are notoriously unreliable. The idea is that our physiological responses, such as heart rate or sweat production, change when we’re lying but apparently you can learn how to fool them in as little as 15 minutes.

There is, however, another, more surprising test, which measures the so-called Pinocchio effect. In a paper published in 2012, researchers from the University of Granada in Spain showed that when people lie, there is a detectable increase in the temperature around their nose and the orbital muscles in the inner corners of their eyes.

The researchers explained that this happens because, when we lie, our body releases chemicals called catecholamines, which cause the tissues inside the nose to swell, making it hotter and more itchy.

By using a thermographic camera they were able to detect these changes. It has been dubbed the Pinocchio effect after the wooden puppet whose nose grew bigger every time he lied.

In February, I wrote about remarkable work at the Swiss Federal Institute of Technology in Lausanne, helping people with spinal injuries walk again.

They had devices implanted into their spine to stimulate nerve cells to communicate with their paralysed limbs.

Within five months, all nine patients were able to take steps, using a walking frame for balance.

Now the same team has reported that four of the patients no longer need to switch on the devices to walk.

It seems that just a few months of electrical stimulation had ‘rebooted’ specific nerve cells and they were now working by themselves.

This is quite extraordinary. The next stage will be more trials. Spinal cord stimulation devices are, for example, being evaluated at Glasgow University for helping people with spinal cord injuries improve the strength and function of their arms and hands.

According to a leading U.S. psychiatrist, Dr Alan Hirsch, an example of the Pinocchio effect was when former President Bill Clinton lied about his relationship with Monica Lewinsky in front of a grand jury in 1998.

‘During the part when he was telling the truth, he never touched his nose,’ Dr Hirsch wrote in the Journal of the American Academy of Psychiatry and the Law. ‘But when he was lying he touched it 26 times a minute.’

It is a nice idea, but I suspect that filming noses is not about to become a major crime-fighting tool any time soon.

Instead, when it comes to spotting liars in everyday life, perhaps you should go with your gut. That, at least, was the conclusion of a fascinating study carried out by researchers from the University of California in 2014.

The study participants were asked to watch videos of people taking part in a mock-crime interview: some of them had ‘stolen’ a $100 note from a bookshelf, but all the suspects were told to tell their interviewer they had not taken the money (so some were lying, while the others weren’t).

The study participants were able to detect the liars only 43 per cent of the time. But what was really interesting was that the researchers also used a test — the Implicit Association Test (IAT) — to see what their more instinctive response had been. As part of the IAT, participants were asked to associate words such as ‘untruthful’ and ‘deceitful’ or ‘honest’ and ‘valid’ with each of the suspects. When they did this, they were far more accurate at picking the liars.

This is because when we’re asked to judge whether someone is lying, we tend to look out for things such as whether they are avoiding eye contact or fidgeting a lot.

But these are really unreliable signs, not least because people who are practised liars know that is what other people will be looking out for.

So, you may be better off just going on your initial reactions rather than looking for ‘characteristic’ signs of lying.

Having said all that, in the recent case where I was on the jury, the rules dictate that I cannot tell you about what took place in the deliberation room — or what we did or didn’t base our decision on. But we found the defendant guilty.

Simple ways to get plastic off your plate 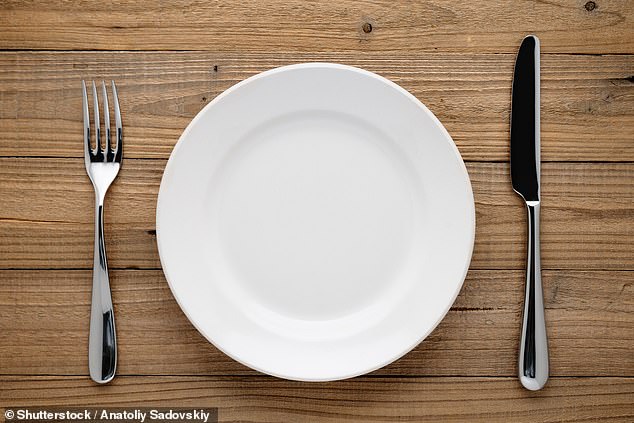 There were seven times more microplastics in the first meal — the equivalent of eating two plastic bags in a year, if every meal was like this

The amount of plastic we ingest is alarming. In a new study, researchers at the University of Portsmouth tested two roast dinners — one made with ingredients that came mainly wrapped in plastic, and another that was largely free of plastic packaging.

There were seven times more microplastics in the first meal — the equivalent of eating two plastic bags in a year, if every meal was like this.

Does this matter? A friend from medical school, Dr Desiree Silva, a professor of paediatrics at the University of Western Australia, is looking at this, specifically to see if there’s a link between levels of microplastics in a baby’s blood, urine and poo and the development of allergies, obesity and even mental health problems.

She hopes to make it part of a long-running study, The ORIGINS Project, involving more than 8,000 families. In the meantime, to reduce my own plastic footprint, I avoid water in plastic bottles and use string bags for fruit and veg in the supermarket. I also transfer food from plastic containers to ceramic bowls before microwaving.

Will this be good for me, as well as the planet? Only time will tell.

New figures show that men and women, of all ages, who are married or in a civil partnership, live longer than those who are single, bereaved or divorced. This is probably because those in long-term relationships tend to be less lonely. If you are willing to spend 30 minutes a week brightening up a lonely older person’s life, why not sign up for Age UK’s Telephone Friendship Service at ageuk.org.uk/friend