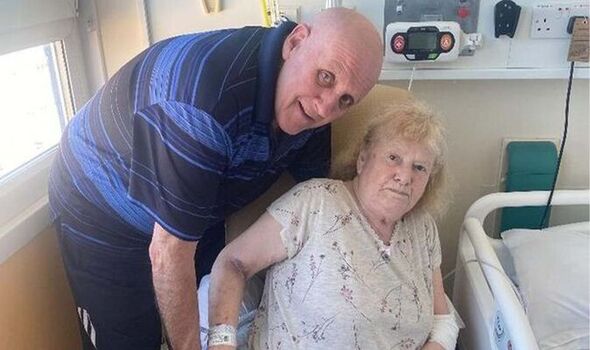 Joan Matthews, 79, was left unable to move with a broken hip and thigh bone, as a result of her fall. However, when help finally arrived, her family say it was a private ambulance that came and staff weren’t qualified to give her morphine.

Joan’s family told Teesside Live that the paramedics were great with Joan, but they were frustrated. In fact, Joan’s family say they had to leave the room when she was moved as it was heartbreaking and traumatising to hear her in such pain.

The family are hoping to raise awareness of the issue as they call for more to be done to prioritise falls similar to Joan’s, which could potentially have devastating consequences.

The North East Ambulance Service has “apologised wholeheartedly” for the delay, which they say was caused by “significant increase in demand and a number of delays at local hospitals”. Joan, who has four sons and a daughter, had been suffering with leg pain for five to six weeks before she collapsed at home.

Having battled cancer eight years ago, Joan has had a third of one lung removed and has chronic obstructive pulmonary disease (COPD) meaning she was struggling to catch her breath as she lay in agony, as daughter Julie Dobbs and daughter-in-law Tracy Matthews tried to comfort her.

The family say they called for an ambulance at around 3.30pm but paramedics didn’t arrive until around 5.40pm. Her son, Colin Matthews, said: “When they came out it was a Cipher Medical ambulance, the two paramedics were lovely but they weren’t qualified to give her any morphine. I’d come straight from work to see mam and I quickly went home to shower and change but my wife rang and told me not to come back along because my mam was screaming in agony. 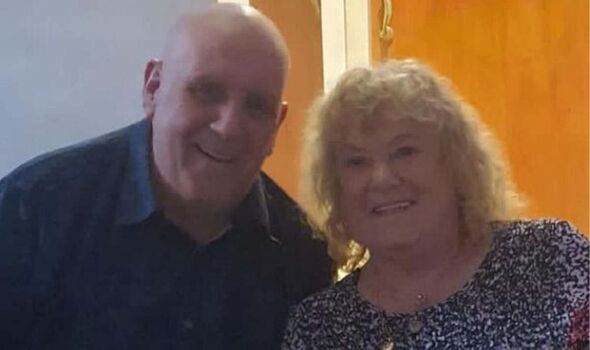 “My sister had to leave the room because it was so hard to hear. They got her to the hospital and she was in A&E until the early hours. It was around 6pm that the ambulance took her in and at 7.30pm the neighbours rang my dad because a normal ambulance had come along and the paramedics were knocking on the door.”

Joan, who has been married to 74-year-old Dennis for almost 50 years, worked as a home care assistant and would go above and beyond providing meals for people on Christmas Day.

“We’re not wanting to cause trouble but the fact a woman of her age, in that much pain, has had to lie on the floor for hours to get an ambulance,” said Colin, 48. “I mean it’s quicker to get a takeaway than an ambulance. The world we’re living in with the ambulance situation is really scary. It needs looking at. My mam has worked all her life she shouldn’t have to go through that.”

His wife Tracy Matthews, who helped lift Joan onto the stretcher, added: “I understand there are people in more urgent situation than my mother-in-law but I look after people in the community who have left hospital after similar falls. You do hear horror stories and in the most serious cases a person could die. They should be higher up on the priority scale from when that first call is made.”

Having arrived at the University Hospital of North Tees, the injured grandmother waited in A&E for hours before she was eventually transferred to a ward in the early hours of the morning. Joan, who previously had two hip replacements, has now had surgery and is starting her recovery but it isn’t yet clear when she’ll be discharged home.

“She is a very strong woman and she’s been through a lot. She had a third of her lung cut away and the next day she was walking down the hospital corridor,” added Colin.

“It is always our intention to reach a patient as quickly as we can to provide treatment and/or transport to hospital. Unfortunately, during the time this patient was waiting for an ambulance, the service was experiencing a significant increase in demand and a number of delays at local hospitals, which limits our ability to attend patients waiting in the community.

“We are working closely with partners to reduce hospital handover delays so that we can get to those patients who need us in the community and we encourage this and any patient who is not satisfied with the response we provided to feed back to our patient experience team so that we may better review the circumstances that surrounded their care and share that with them directly.”

Joan’s loved ones say that, now she is on a ward, the care she has received has been fantastic and medical staff “couldn’t do enough for her”.

A North Tees and Hartlepool NHS Foundation Trust spokesperson said: “North Tees and Hartlepool NHS Foundation Trust works tirelessly to reduce waiting times in our emergency department and to get all admitted patients into a ward bed as soon as possible. Our combined emergency, urgent care and children’s emergency care services offer a streamlined process which sees patients receive the right care as quickly as we can.

“The reality is that pressures within the NHS and demand for beds is often high, sometimes resulting in patients waiting to be transferred. We appreciate Mrs Matthews’ kind words for our staff and wish her well with her recovery.”