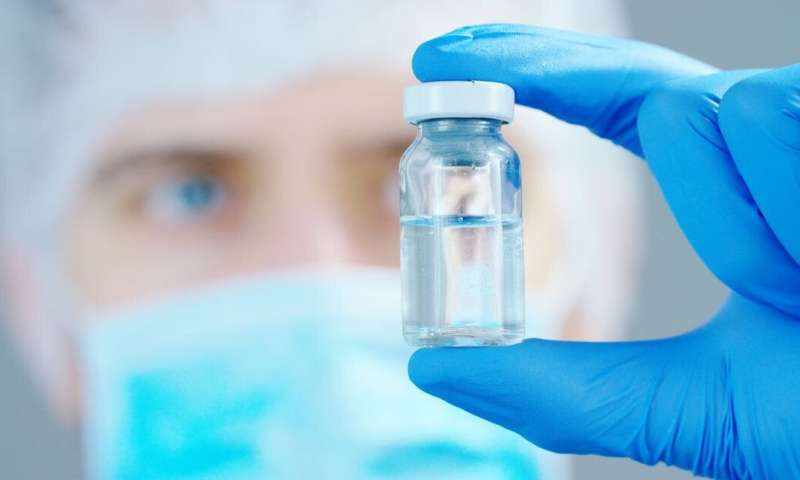 Patrick Vallance, chief scientific adviser to the UK government, recently said that many groups are working on blood tests for COVID-19, adding: “That would tell us who has had it and now has antibodies, therefore won’t catch it again.”

But is Vallance right? Once we have the antibodies, are we protected for life?

To understand the prospects and pitfalls of relying on antibodies to protect us, it helps to understand a bit about our immune system, how it behaves during a coronavirus infection, and how it could protect us in the future.

It is not strictly true that nobody who hasn’t already had COVID-19 has immunity to the disease. We do have some capacity in our bodies to protect ourselves. Also, our immune systems can learn during the infection and clear the virus from our body. This is essentially the mainstay of current treatment where COVID-19 patients are supported in the hospital while their own bodies fight the virus. Unfortunately, for too many, the virus wins this battle and they die. (At the time of writing, more than 34,000 people had died of COVID-19.)

Your immune system has several layers. The first and top layer consists of mechanical barriers, such as the hairs in your nose and the sticky mucus that lines your airways, which prevent pathogens such as SARS-CoV-2, the virus that causes COVID-19, getting to your lung cells.

Next down, those lung cells are packed full of “intrinsic” defences that guard against incoming infections. But most viruses capable of infecting people have evolved to get around these defences and can quickly swamp them.

This onslaught triggers the next wave of “innate” immunity. This consists of a rapid, broad-spectrum defence system comprising direct antiviral killing mechanisms or boosted inflammation to kick the virus out.

In most people, this innate response slows down the infection and controls it, allowing the final immune layer—your adaptive immune system—to come into play. Adaptive immunity consists of antibodies made by B cells and antiviral cell-killing T cells.

Both B and T cells develop to fight specific threats, learning on the job during an infection. This response usually takes a bit of time to kick in but has the added benefit that when it is there it can stay around for years, developing a memory of past infections.

This memory is the basis for the effectiveness of vaccines, such as the MMR jab against measles, mumps and rubella. And it is this memory that will be the key to fighting SARS-CoV-2 in the months and years to come.

The problem with obtaining immunity the natural way is that it comes with a significant risk of getting very sick and dying. The realisation of this fact is what drove the first developments of vaccinations, whereby you aim to limit or nearly negate the risk while maintaining the ability to elicit long-term memory immunity.

How long will immunity last?

From the work carried out on SARS-CoV-2, it is clear that those infected mount the multi-layered immune response outlined above. In fact, in some people, this immune response may be behind some of their symptoms.

In most cases the antibodies produced during infection, bind, recognise and block infection by SARS-CoV-2 in the lab. There is not much information on what T cells are doing, however, which means only half of our potential immune defence against SARS-CoV-2 has been investigated.

A study using lab monkeys found that once infected with SARS-CoV-2, they cannot be infected again a week later once they have recovered. This indicates a degree of immunity to infection, which is what we would expect. There were reports of potential re-infections in people being discovered, but this has not been confirmed and, if correct, is likely to happen only in a few cases.

The real concern now is not whether immunity develops, but how long it lasts. We know from Sars that immunity may drop or wane over time, and for related seasonal human coronaviruses, such as OC43, the virus fails to induce long-lived antibodies and can subtly evolve around our antibodies, allowing it to bypass our immunity to some level.

As more and more people get infected, survive and build up antibodies and T cells against SARS-CoV-2, we may eventually reach a threshold where we achieve “herd immunity”. This refers to the phenomenon where not everyone is immune, but because most people in the population are, the chances that those non-immune susceptible people catch a disease is very small.

The issue with achieving herd immunity via natural infections is that, very likely, a huge number of vulnerable people, such as people with weak immune systems, pregnant or elderly people, will get sick and die. Again, this is why achieving high levels of vaccine-mediated immunity is crucial to protecting them. Ideally, we would want a safe and effective vaccine to help us achieve immunity instead.

That being said, as the pandemic develops, herd immunity will probably kick in at some later point and help control infection in the short to mid-term. But this should not be the sole goal for SARS-CoV-2 control. Rather, as the World Health Organization has outlined, aggressive testing and isolation measures are the best ways to slow the pandemic down.