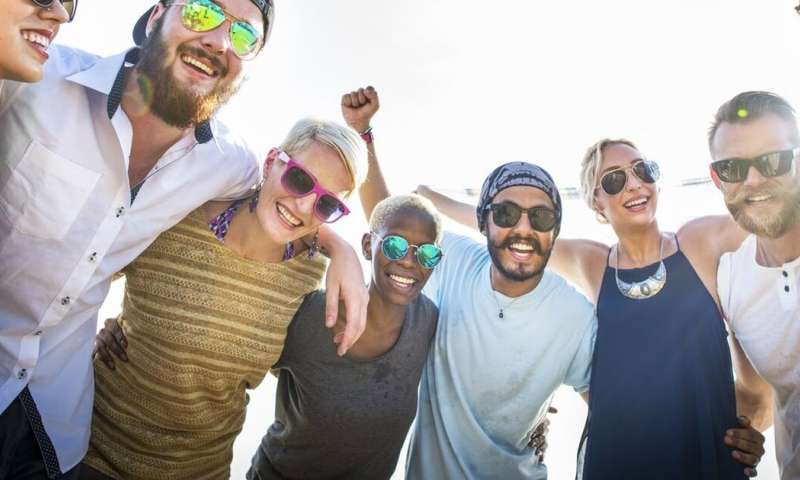 Touch has profound benefits for human beings. But over the last few decades, people have become increasingly cautious about socially touching others for a range of reasons. With the novel coronavirus spreading, this is bound to get worse. People have already started avoiding shaking hands. And the British queen was seen wearing gloves as a precaution not to contract the virus.

The coronavirus could very well have long-term implications for how hands-on we are—reinforcing already existing perceptions that touch should be avoided.

Why is touch so important? It helps us share how we feel about others, enhancing our verbal communication. A touch on the arm when comforting someone, for example, is often what shows that we really care. People benefit from physical touch throughout their lifespan, and there is a large body of evidence showing that it has the ability to affect both short and long-term wellbeing. For babies, it is even crucial for healthy brain development.

The emotional impact of social touch is ingrained in our biology. There is evidence that it triggers the release of oxytocin, a hormone that decreases responses to stress. In fact, touch has been shown to cushion stress levels in humans.

We know that a simple touch by a nurse prior to surgery can reduce stress levels in patients. It can also reduce feelings of social exclusion and even increase food intake among elderly people living in a nursing home. So given how essential social touch is to people’s wellbeing, it is important to ensure that it is a part of everyday life.

The last few decades has seen a decrease in social touch. Partly, this is down to the fact that we are living in a technology-focused, socially disconnected world, where people are more likely to communicate virtually rather than through meeting in person. This means that we are touching each other much less than we used to.

But the decline in touch is primarily due to a fear that it may result in an accusation of inappropriate touching. Such fear has been moulded by society as people are frequently hearing stories of inappropriate behaviour. People therefore rather resist touching others than risk having a social touch misinterpreted. The message is simple: avoid hugging a work colleague who is upset and don’t pat someone on the back for a job well done.

At the same time, the fear of accusations of child abuse has been disproportionate to the number of actual occurrences. This has seen professionals developing distorted thinking. Teachers often avoid being alone with children, and don’t touch pupils in a natural and affectionate way.

The impact of coronavirus

With the novel coronavirus, people have yet another reason to be fearful of touching others, as it means approaching people who potentially may be carriers. While we should remain careful with touching during this serious outbreak, we have to make an effort not to let it get out of control. After all, a lot of people suffer from high levels of anxiety about the virus, and touch is a way to reduce it.

The longer this goes on, the more likely that an association will be formed between social touch and a sense of negativity. People may eventually forget all about the virus, but still be wary of social touch without knowing why. This is because negative associations often create more readily available memories for people than positive associations.

So while it is not advisable to carry on touching people as usual during the outbreak, especially not people who are old or have underlying health conditions, physical contact with loved ones can still continue, as long as we take precautions and wash our hands.

More broadly, the key is to be aware that negative life events such as this epidemic could impact on social touch in the long run in an undesirable way. Bringing this to the forefront of our minds can counterbalance what may otherwise generate negative memories about touch.