How is it that colorblind squids can camouflage themselves with different colors? Researchers have turned to modern technology to reveal a surprisingly complex brain. 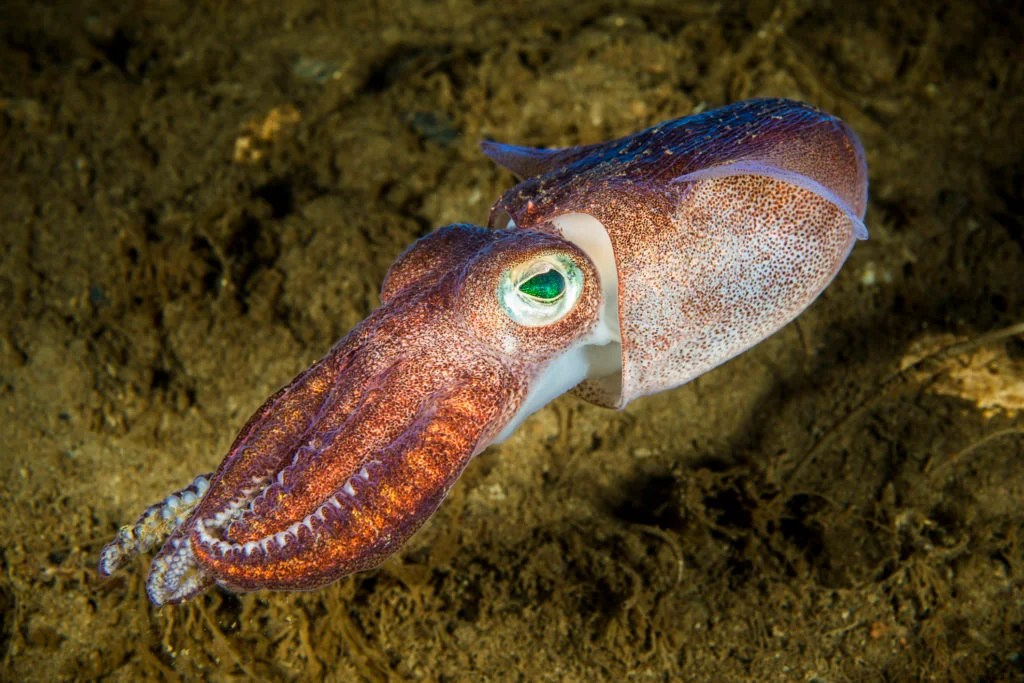 There is more to squids — which belong to the cephalopod family, with octopi and cuttlefish — than meets the eye.

They are actually able to count, solve problems, recognize patterns, and communicate through a number of signals.

Though colorblind, they are also able to instantly change colors, using different colors on their upper and lower bodies to blend into different backgrounds and attract potential mates.

This complex behavior has drawn intense interest by researchers over the years.

Now, researchers at the University of Queensland in Brisbane, Australia, have turned to modern technology to complete the first MRI-based map of the brain of the squid in 50 years.

The results of their study now appear in the journal iScience.

“Despite intense interest and research progress concerning cephalopods’ complex behavioral and cognitive abilities, the large sized complex cephalopod nervous systems, in particular, are an ‘elephant in the room’ when it comes to knowledge gaps, with most work on their neuroarchitecture and function dating back over 50 years ago,” Wen-Sung Chung told Medical News Today.

Chung, of the Queensland Brain Institute, and team were particularly interested in the neural ability of these creatures to change color not only for camouflage, but also to communicate.

What they found was a brain more complex than that of a rat or a mouse. In fact, its complexity was similar to that of a dog’s brain.

“These creatures are vision-dominant predators, and almost all coastal species are masters in doing dynamic coloration and camouflage based on direct control of the chromatophore cells all over the skin,” said Chung.

“One very famous case is about their visual communication during mating competition. Males can display a ‘skin powered’ alphabet and have physical fights to compete for the mate.”

“Squid can say ‘I love you’ to his favorite lady but using a different way. So it is certainly not an ‘instinct reflection,’ but a very complex cognition process in their brain.”

Setting out to map the neural connections that drive these complex brains, the research team focused on the reef squid Sepioteuthis lessoniana.

However, instead of using classic histology — which looks at the microscopic anatomy of tissue section by section and makes “very little and slow progress” on such large and numerically complex brains — Chung and team turned to MRI.

“Advanced molecular tools and imaging techniques have been largely developed for the vertebrate model animals. We basically adapted the ideas and techniques from mouse brain research with lots of modifications to make the first high-res squid brain imaging work,” said Chung.

They found that some cephalopods have more than 500 million neurons. In comparison, the resourceful rat has 200 million, and the ordinary mollusk has 20,000.

This number is also higher than that of rats and mice and is more similar to what a dog’s brain contains.

“This the first time modern technology has been used to explore the brain of this amazing animal, and we proposed 145 new connections and pathways, more than 60% of which are linked to vision and motor systems.”

“We can see that a lot of neural circuits are dedicated to camouflage and visual communication, giving the squid a unique ability to evade predators, hunt, and conspecific communicate with dynamic color changes.”

It took Chung and team some 4 years to come up with the first mesoscale brain map.

“It is like finally we have an early stage Google map, which allows us to navigate the complex brain lobes of these soft bodied creatures with solid knowledge background.”

“This was the first step to having a structural connection map in a squid brain,” said Chung. “This will help scientists target some specific brain lobes or regions to investigate how these apparently smart animals, but ancient mollusks, evolve to these abilities.

“For my personal interest, I focus on their vision-related abilities such as why and how they can do colorblind camouflage, as well as how they can see the polarization signals, which are invisible for most aquatic creatures.”

In the future, Chung and colleagues are looking at a comparison of the brain architecture among cephalopods — including the vampire squid, solitary octopus, paired-bond octopus, cuttlefish, and some rare deep-sea squids — to see if their brains evolved differently according to ecosystem.

They are also looking to understand how signal processing occurs in this complex brain.

“While the field of soft robotics is increasingly interested in using octopus body plans — for example, their limbs and polarization vision — as biological engineering blueprints, we are hoping new findings will contribute to a new animal model,” explained Chung.

This innovative model “combines different sensory and neural accessing systems into bio-inspired applications such as soft bodied robotic design and a new generation of artificial intelligence algorithm design,” he concluded.