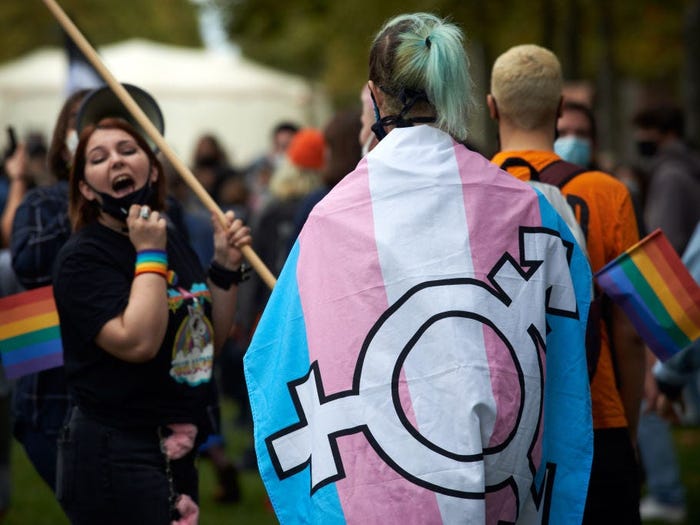 Transgender terminology is constantly evolving and expanding, which is why it's important to stay on top of it to avoid saying something that is incorrect or hurtful to a trans person.

Insider compiled a list of nine phrases that you should never say to a trans person that you may not have realized are transphobic. 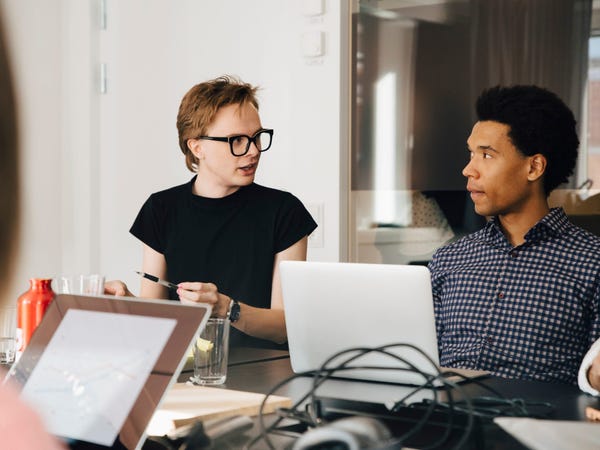 Referring to someone as "biologically" female or male can be invalidating to a trans person's gender because it implies they are not, in fact, the gender they identify as.

Instead, saying someone was "assigned male at birth" or "assigned female at birth" is better. It acknowledges that, at birth, we are assigned genders decided by our genitalia, rather than our actual gender identity. 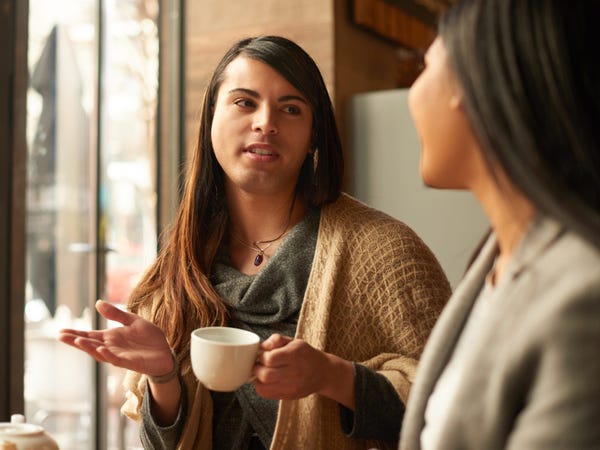 Asking a trans person if they have had "a sex change operation" is not the right terminology.

There are a variety of gender-affirming surgeries a trans person may choose to have in their lifetime.

These include top surgery and bottom surgery. Top surgery refers to changing the chest to augment breasts or remove them.

Bottom surgery is a colloquial phrase that came mean a number of different procedures, including phalloplasty or metoidioplasty, which both create a penis for people with vaginas, or a vaginoplasty, which creates a vagina for a person with a penis.

While people typically mean bottom surgery when they ask if someone has had "the" surgery, many trans people do not get bottom surgery or any kind of gender-affirming procedure.

A transgender person's medical history says nothing about their transness, so it's best to not ask unless a person offers that kind of information.

"Are you fully transitioned?" 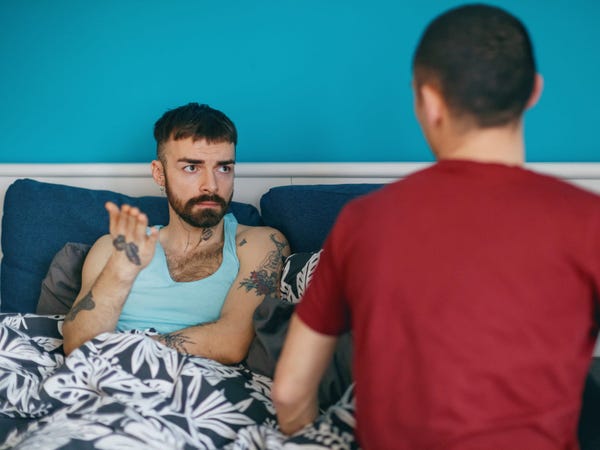 Similarly, asking if someone is "fully transitioned" or planning on "transitioning" implies a trans person isn't valid unless they have gender-affirming procedures.

Many trans people will start hormone replacement therapy (HRT), but don't feel the need to have any surgery. Others may want gender-affirming surgeries, but may not opt for HRT.

Every trans person's journey with their gender is different. 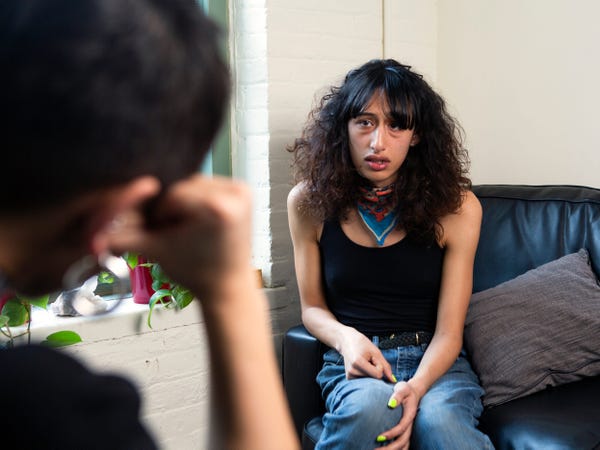 Pressing a transgender person for whether or not they've undergone gender-affirming surgeries by asking if they are "pre-op" or "post-op" is also offensive.

Asking about someone's medical history will not tell you "how transgender" a person is.

Many transgender people do not have gender-affirming procedures in their lifetime, sometimes out of lack of access to care and other times because they do not feel a need to.

"You need dysphoria to be transgender" 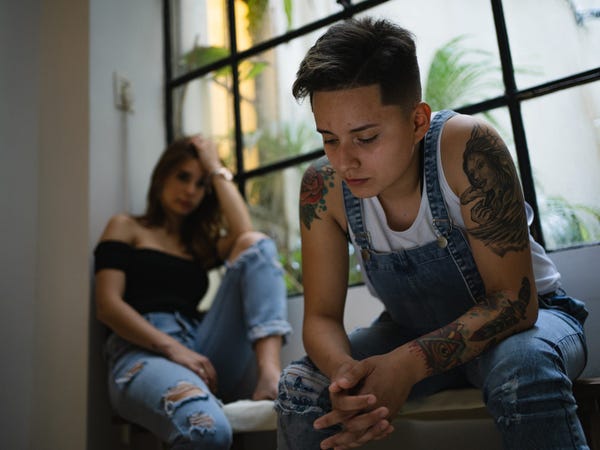 Gender dysphoria is the feeling that your body does not fit your gender identity.

Telling a trans person that they don't appear to have outward gender dysphoria is presumptuous. It also implies that trans people need to feel a certain way about their body to be trans.

Like any other mental health issue, dysphoria is a private matter. 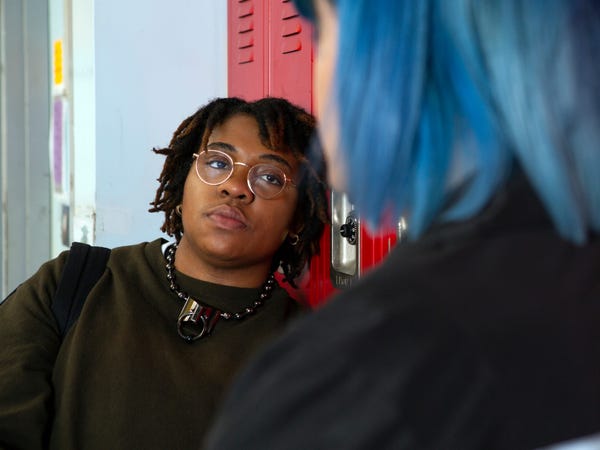 Telling a trans person they don't "look trans" isn't a compliment.  You cannot assume someone's gender identity based on how they look.

Just because a person is wearing makeup or dressing in a manner you view as feminine doesn't mean they aren't a transman, and just because a transwoman is dressing masculinity doesn't make her a man.

Gender presentation and gender identity are two separate concepts. The first refers to how a person dresses and expresses their outside appearance and the second refers to a person's gender. 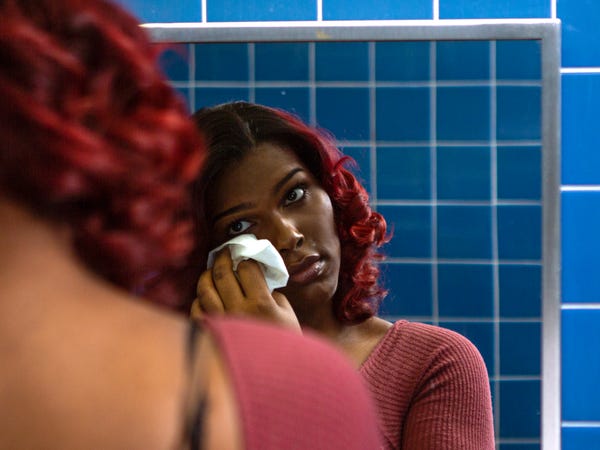 "She/he," "she-male," and "it" are all derogatory phrases that can be extremely hurtful to transgender people.

These phrases can be alienating and hurtful, making a person feel invalid and dysphoric.

Transgender people, and transwomen and femmes of color in particular, face disproportionate rates of violence in the US. Saying any of these phrases plays off the same sentiments used in these attacks. 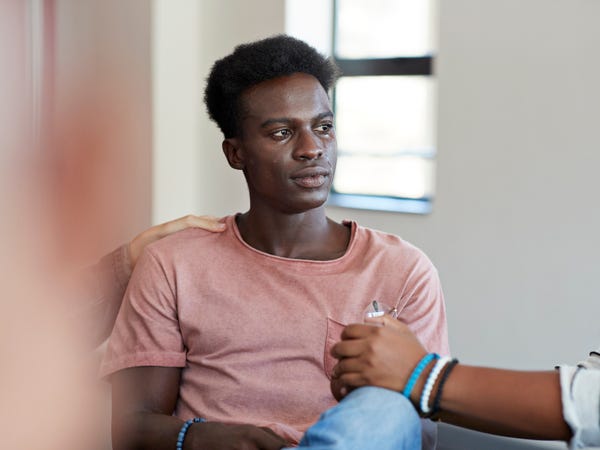 Transexual and transvestite are both outdated terms to refer to transgender people that have fallen out of favor among trans people.

Both are frowned upon now because they were used to pathologize trans being and refer to being trans as a mental illness.

In Planned Parenthood's handy guide on identity terms and labels, experts say: "Some people find these terms offensive, others do not. Only refer to someone as transsexual if they tell you that's how they identify." That applies for the term "transvestite" too. 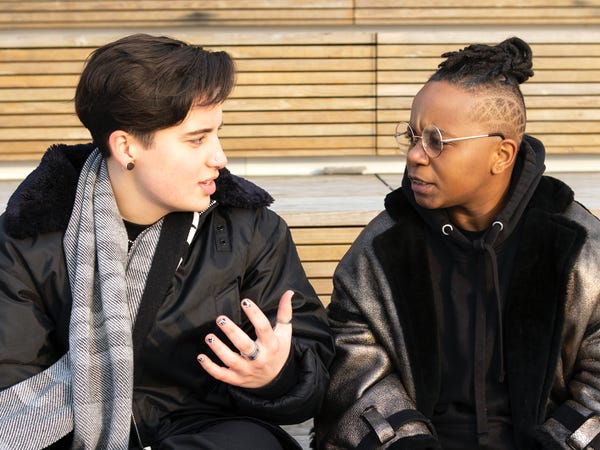 Asking for a person's "real name" or the name they were given at birth is deeply personal to a trans person.

Many trans people refer to the name they were assigned at birth as their "deadname" because they do not share it and never use it.

Using a trans person's deadname can be hurtful and triggering for someone, so it's best to not ask. If a trans person does share their deadname, it's important to not call them that.

Explained: The difference between gender, gender expression, and sexuality

What you should know about gender pronouns, how to use them, and why they're important

The earlier trans youth get care, the less likely they are to suffer depression and suicidal thoughts