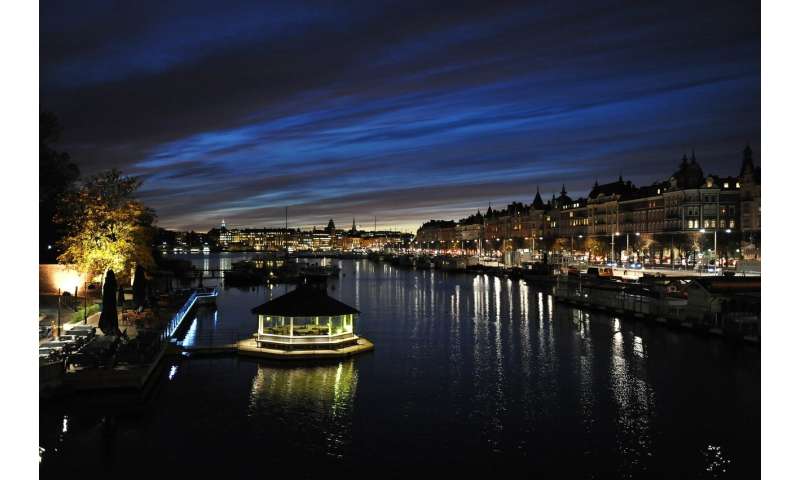 Sweden, which has controversially taken a softer approach to the coronavirus pandemic, said Wednesday that more than one in five people in Stockholm were believed to have developed antibodies to the virus.

An ongoing study by the country’s Public Health Agency showed that 7.3 percent of a sample of randomly selected people in Stockholm—Sweden’s worst-hit region—had antibodies when they were tested in the last week of April.

“The figures reflect the situation in the epidemic earlier in April, since it takes a few weeks before the body’s immune system develops antibodies,” the health agency said in a statement.

Asked about the study during a press conference, state epidemiologist Anders Tegnell said he believed that to date “a little more than 20 percent” had probably contracted the virus in Stockholm—where over a third of Sweden’s confirmed cases have been recorded.

In other parts of the country, the number of people who tested positive for antibodies was much lower, with 4.2 percent in the far south and 3.7 percent in the region around Gothenburg.

The results also showed the spread was greater among people aged 20-64, of whom 6.7 percent had developed antibodies, compared to 2.7 percent among those aged 65 and up.

Tegnell said this was “a sign of that group actually being pretty good at keeping themselves isolated and protected.”

Meanwhile, around 4.7 percent of those aged zero to 19 had antibodies, which Tegnell said showed “what we have said all along, that this is not where we are seeing a large spread” of the virus.

Sweden has not imposed the extraordinary lockdown measures seen across Europe, but has urged people to follow hygiene and social distancing recommendations and behave responsibly.

The Swedish approach to the novel coronavirus has come under criticism both at home and abroad, particularly as the number of deaths has far exceeded those in neighbouring Nordic countries, which have all imposed more restrictive containment measures.

While it is still unclear whether exposure and development of antibodies means that a person will build up at least some immunity, in theory it should do so and thereby help reduce the spread of the virus.

On Wednesday, Sweden reported a total of 31,523 confirmed cased of the new coronavirus and 3,831 deaths.