I would first like to start by formally thanking the first person, whoever they were, to layer mascaras. It's a trick makeup artists have been using forever, and one that I've been devoted to for years. I typically finish my eye makeup routine with a few swipes of my favorite volumizing mascara, then grab one that is stronger on the lengthening-separating tip.

But my two-step mascara routine has been put on hold until further notice with the release of Ami Colé's Lash-Amplifying Mascara. The brand initially launched in May, positioning itself as an option for darker-skinned women who like makeup, but prefer a lower-effort beat and a more natural look. Early on, its Skin Tint and Lip Oil were clear fan-favorites, and I believe the brand has another runaway hit on its hands with this mascara.

The product itself is a saturated, inky black that definitely makes your lashes stand out. The formula isn't too wet and was created to take care of your lashes. "We added jojoba derivatives and beloved shea butter to make sure our formula was conditioning and protecting the lash while you wear it," brand founder Diarrha N'Diaye-Mbaye tells Allure. She says she sought to create a mascara that checked off all the boxes of what her customers were asking for — "impactful" lashes, as she calls them. "By that, we mean deep, dark pigment and voluminous deposit, enough to show on even the deepest skin tone," she explains.

"Impactful" lashes are pretty much my goal anytime I put on mascara. And, as I was saying, it typically takes two mascaras for me to achieve that. New York City-based makeup artist and content creator Delina Medhin often uses different mascaras on the top and bottom lashes. "'I'll use a mascara with a smaller wand for the bottom and a thicker wand for the top," she explains.

New York City-based makeup artist Michela Wariebi says she also sometimes uses two mascaras to really make a lash stand out. "Two mascaras tend to 'build' the lashes up," she shares. "The differing formulas layer on one another, creating more volume and depth that helps the lashes look lush and more intense." 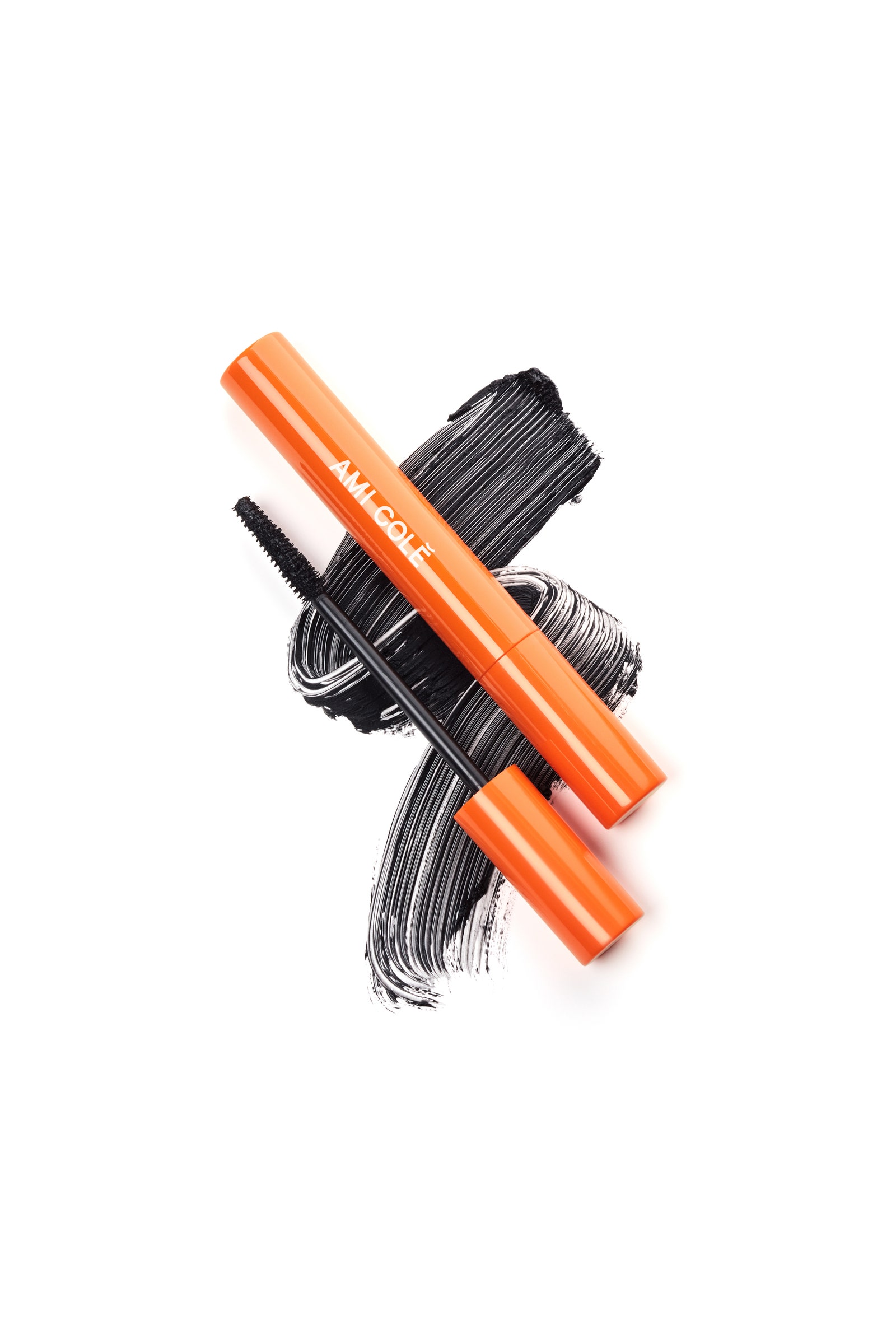 The Lash-Amplifying Mascara, on the other hand, delivers both — and with a gentle hand. Thanks to the inclusion of shea butter and jojoba, you can feel the moisture as you apply. When you comb the mascara through your lashes, the pigment goes on so smoothly, almost as if you're massaging moisturizer into them. When the product dries down, your lashes don't have that stiff, crispy feeling; they just feel nice and conditioned. "The jojoba derivatives and shea butter help to nourish the lashes to prevent brittleness," confirms cosmetic chemist Ginger King.

And don't worry about the formula feeling greasy. It definitely doesn't, plus, as King notes, you can always expect to have oils of some kind in your mascara. "All mascaras need some 'oil' in there to prevent drying out," she explains. "The trick is the right balance of oil, butter, and wax so it will not smudge." Ami Colé got that part right, too. The pigment doesn't stain my fingers once it dries down plus, I didn't see any tiny little flecks of black around my eyes the times I wore the mascara.

This mascara's brush is slim with a tapered shape. The extra-tiny tip allows me to easily grab those little lashes in the outer corners of my eyes that either go neglected or get covered in globs of product I didn't want there.

I like to apply this by starting at the base of my lashes then wiggling and combing the brush through. One thing you will get on the first few swipes are clumps — but don't freak out. Just continue combing through your lashes and they will disappear.  That goes for your bottom lashes: Use a light hand when you're applying this and do so carefully. I have really long lower lashes, so this mascara gives me those spidery wisps at the bottom, which I love.

The product is created for you to work with it slowly. "The formula is not quick-drying allowing time to create, build, and shape the lash look that you're comfortable with," says N'Diaye-Mbaye. Once you're done applying, the effect you get is lashes that are thick at the base, and taper out towards the ends in a way that looks more separated and fluttery. 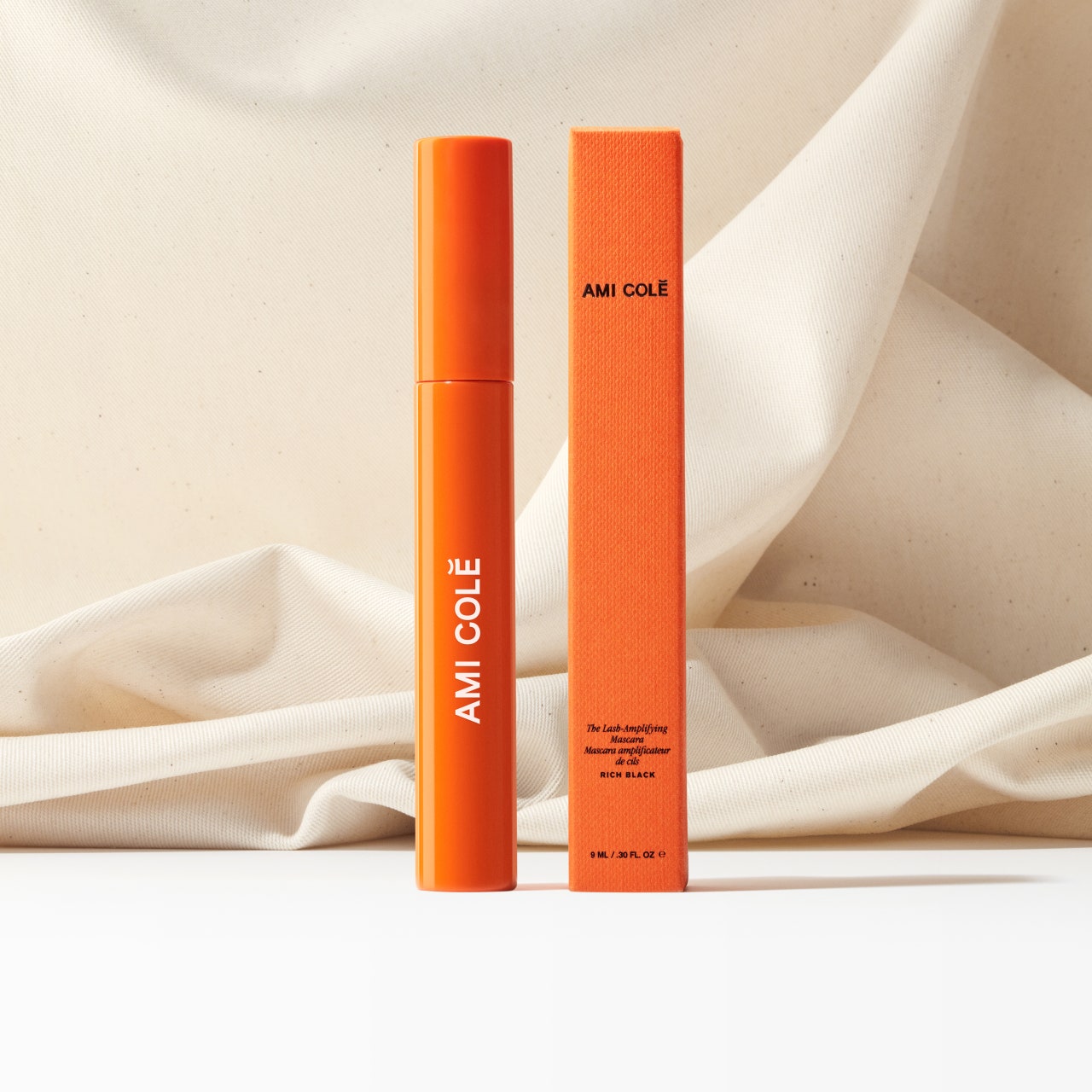 Basically, they're the lashes of my dreams. I can wear this mascara alone and still have striking, natural-looking lashes, but I appreciate that I can also wear this with eye shadow and not have to worry about whether or not my lashes stand out.

As I said, I usually wear more than one kind of mascara when I wear eye shadow, but Ami Colé's Lash-Amplifying Mascara has changed all that. Does it mean I will never layer mascaras again? Hell no, it's too much fun! But at least with this one, I know I don't have to.

Get your tube for $19 at amicole.com.