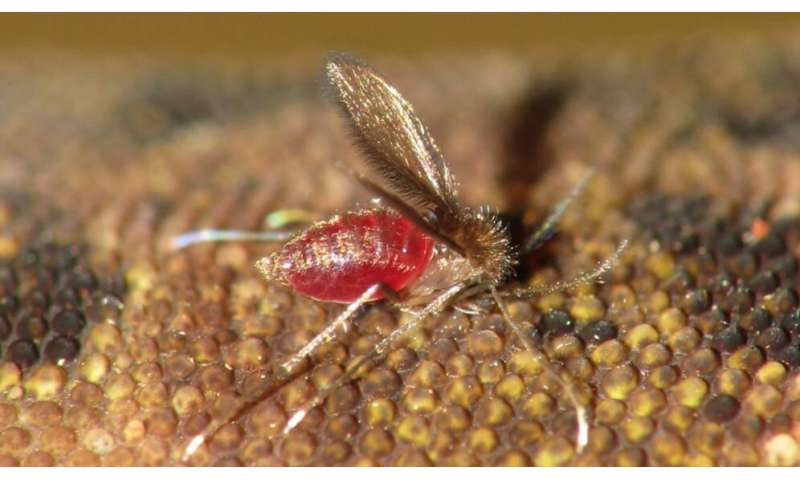 After six years of research, Brazilian scientists have discovered that the presence of the Leishmania RNA virus in disease-carrying parasites leads to more aggressive forms of leishmaniasis, a discovery they say opens the way to new treatments.

Considered a neglected disease, leishmaniasis is endemic in 98 countries and causes 70,000 deaths a year, according to the World Health Organization (WHO). The disease comes in three forms: visceral (the most severe form), cutaneous (the most common), and mucocutaneous.

Biologist Dario Zamboni, of the University of São Paulo’s Ribeirão Preto Medical School, said: “Our study demonstrates that the presence of the virus increases by at least three times the possibility of mucocutaneous leishmaniasis, which destroys and disfigures a patient’s face.”

Leishmaniasis is caused by protozoan Leishmania parasites which are transmitted by the bite of infected female phlebotomine sandflies.

Zamboni, who led the team that made the discovery, told SciDev.Net that it was already known that parasites are sometimes infected with Leishmania RNA virus—or LRV—which is associated with a greater severity of the disease and the appearance of its mucocutaneous form. But, he explained: “We didn’t know how it could lead to more aggravated forms of the disease.”

Scientists discovered that the aggravation of the disease by LRV relies on the activation of various molecules, particularly the toll-like receptor 3 (TLR3) inside the macrophages—white blood cells that become infected with Leishmania.

They also found that this inhibits another key molecule in parasite control, NLRP3, allowing LRV to “bypass” our immune system. This in turn facilitates the survival and multiplication of parasites, triggering the mucocutaneous form of the disease.

The mucocutaneous form disfigures the face of affected patients by spreading through mucous membranes of the nose, mouth and throat, and may eventually lead to death from secondary infection. More than 90 percent of this form of the disease occurs in Brazil, Bolivia, Ethiopia and Peru.

According to the WHO, poverty increases the risk of contracting leishmaniasis. Poor quality, densely populated housing and inadequate sanitation systems may foster sandfly breeding sites and increase their access to humans.

The research, published in the journal Nature Communications, was conducted with in vitro cell culture and wild and genetically modified mice. It was then validated with clinical material from 49 patients from Brazil’s state of Rondonia, where the cutaneous and mucocutaneous forms are endemic.

Zamboni says the findings show that several molecules of the human immune system may potentially enable the development of drugs.

“By discovering the molecules of the immune system with which the virus interacts and may ‘silence’ the microbicidal mechanisms of our cells, we also identified several molecules that could in the future be attacked by drugs,” he explained.

“New drugs that are combined with those already in use may promote a patient’s healing or prevent the disease developing into mucocutaneous leishmaniasis.”

Lilian Cantanhêde, a post-doctoral researcher at the leishmaniasis research laboratory of the Oswaldo Cruz Institute (Fiocruz), Rio de Janeiro, believes it is important to understand how the Leishmania virus, also popularly known as “angry wound,” acts on the human body in endemic areas.

During her doctoral research, she was in charge of the Fiocruz genetics laboratory in Rondonia, the same state where the clinical sample used by Zamboni’s team came from. She has been involved in researching the molecular diagnosis and detection of the Leishmania virus since 2011.

“The group coordinated by Zamboni has been unraveling the mechanisms related to inflammasome [a set of proteins in the immune system that help fight infection] in the development of leishmaniasis and made important discoveries,” said Cantanhêde.