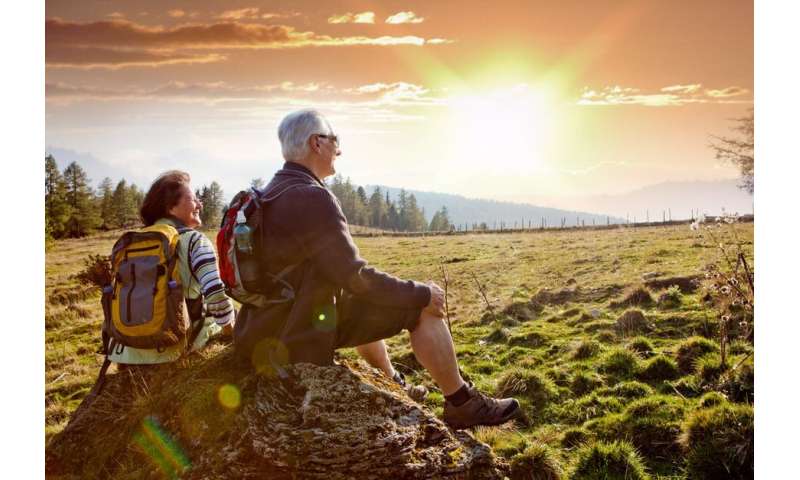 As many as one in six adults experience mental health problems like depression or anxiety every week. And not only is mental ill-health one of the most common causes of disease worldwide—it’s also on the rise. Finding ways to improve mental health is therefore essential.

One type of therapy that is starting to become more popular is “ecotherapy”; which advocates claim can improve mental and physical wellbeing. Sometimes referred to as green exercise or green care, this type of formal therapeutic treatment involves being active in natural spaces. It’s also sighted to be one of 2020’s biggest wellness trends, though the practice is far from new.

Although definitions of ecotherapy vary, most agree it’s a regular, structured activity that is:

However, the key difference between ecotherapy and recreation is the presence of a trained practitioner or therapist. The role of the therapist is often overlooked, however they are key to facilitating the clients’ interactions with both the natural and social environment and setting clinical aims for the session. Examples of ecotherapy activities might include gardening, farming, woodland walks, and nature art and crafts. Like the client, the therapist actively takes part in the ecotherapy session; in fact, it’s often difficult to distinguish between the client and therapist.

But why do people believe ecotherapy is so beneficial to mental health? The scientific basis for ecotherapy comes from past research which has shown that natural settings are good for both mental and physical health. One systematic review analyzed the benefits of natural environments for health and found that interacting with natural settings—such as walking or running in a public park—can provide a range of health benefits, including reduced stress and improved mood, wellbeing, and self-esteem.

Ecotherapy might also provide opportunities to socialize, giving another reason for its use as a mental health treatment. Research shows that loneliness and social isolation are twice as harmful to health as obesity. They’re also more harmful than physical inactivity and are as damaging to our health as smoking 15 cigarettes daily. Socialising is also associated with higher life expectancy, with research indicating a 50% increased likelihood of survival in elderly people who have strong social relationships.

The therapist is not only key to facilitating the clients’ involvement in the natural and social environments; but also ensuring that each of the ecotherapy sessions have a defined purpose. It is common for both the client and therapist to be working towards achieving this aim. For example, in the case of an ecotheraphy gardening project the aim might be to develop a community garden. In recreation activities the specific environment, types and frequency of social interaction and purpose of the chosen activity are all driven by the participant.

The evidence for ecotherapy

Currently, much of the evidence showing the benefits of ecotherapy comes from qualitative data. For example, one study interviewed people referred to mental health services to understand the effects of ecotherapy. The program reportedly improved physical and mental health, and provided daily structure and routine. It also allowed participants to learn new skills and socialize. But, there was no statistical data to support these findings. This means the study’s findings were based solely on the reported experiences of the participants, which might not provide an accurate picture of the effect ecotherapy would have on the wider population.

Despite this, research into ecotherapy’s benefits is growing. One in-depth analysis looked at nine different ecotherapy programs. It found that people who had participated in any type of ecotherapy program had significant improvements in self-esteem, wellbeing and social inclusion from the start of their treatment, and also felt more connected to nature. Participants also had significant improvements in mood, with feelings of anger, tension, depression, and confusion reduced after just one ecotherapy session.

Other studies have suggested reduced physiological stress, and improvements in anxiety, depression, mood, and self-esteem in people with a range of psychiatric illnesses, including bipolar disorder, major depression, and better wellbeing and increased social engagement for people with dementia who took part in a gardening program.